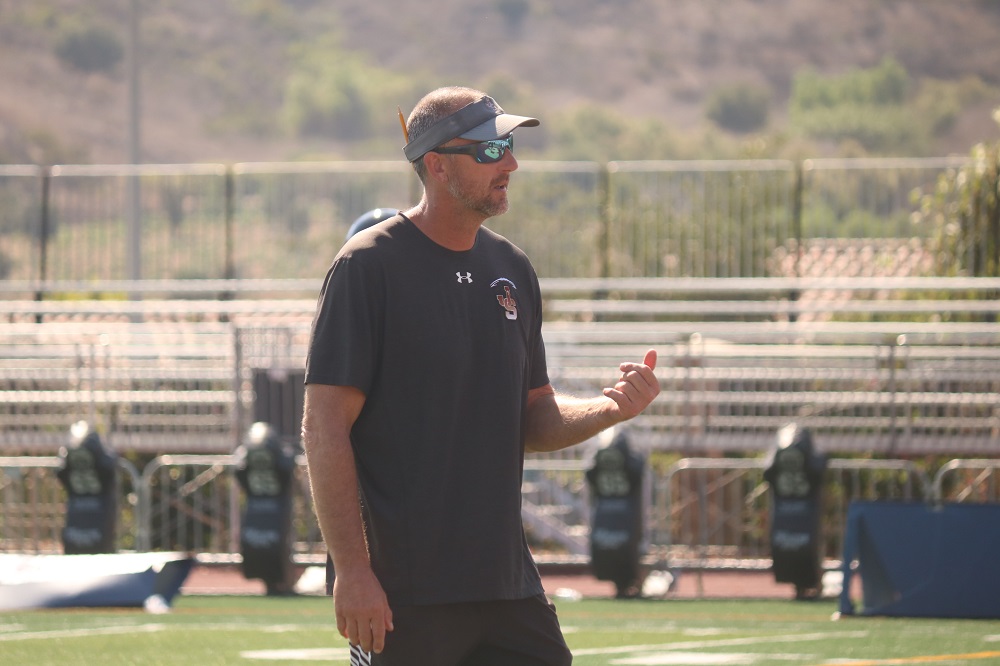 Harlow said he began feeling lethargic around a Father’s Day trip to Arizona in June and experienced severe headaches in the days after.

With heart issues like arrhythmia and tachycardia, the 51-year-old Harlow told the Register his bout with COVID-19 scared him and he continues to take the virus seriously, as he did then as well.

“When you get it bad like I did, it gives you a different perspective on what this thing really is,” Harlow told the Register.

Harlow said he and his family have worn masks and practiced social distancing, and the San Clemente resident is disappointed with those locally who haven’t done the same during the coronavirus pandemic.

“We are being as cautious as we can be without being too crazy,” Harlow told the Register. “It’s interesting how around here, at least in South Orange County, people really are not playing by the rules.”

Harlow recently had to scramble to refill the JSerra football schedule as the pandemic and various coronavirus restrictions canceled scheduled fall showcases and removed out of state opponents from the Lions’ schedule.

After the CIF State and CIF-SS offices made their July 20 announcements to move football to January, Harlow joined the frenzy of other coaches posting their new vacancies on social media as teams searched high and low for matching holes in their schedules.

JSerra now opens on Jan. 8 at Paraclete of Lancaster, followed by Jan. 15 at Venice and home games against Centennial of Corona on Jan. 22 and Cajon on Jan. 29. The Lions will play at Serra of Gardena on Feb. 5 before their five-game Trinity League schedule from Feb. 12 to March 12.

Football practices can officially resume on Dec. 14, but Harlow told the Register he thinks if schools aren’t physically reopened by November or if teams cannot have camps by then, there won’t be enough time to prepare for a full 10-game season.

Harlow also expressed concerns on what the quarantine protocols would do to a team if someone else on the coaching staff contracts COVID-19 or it’s passed from or to a player.

For now, Harlow is healthy and preparing for all possible realities of a winter-to-spring football season.