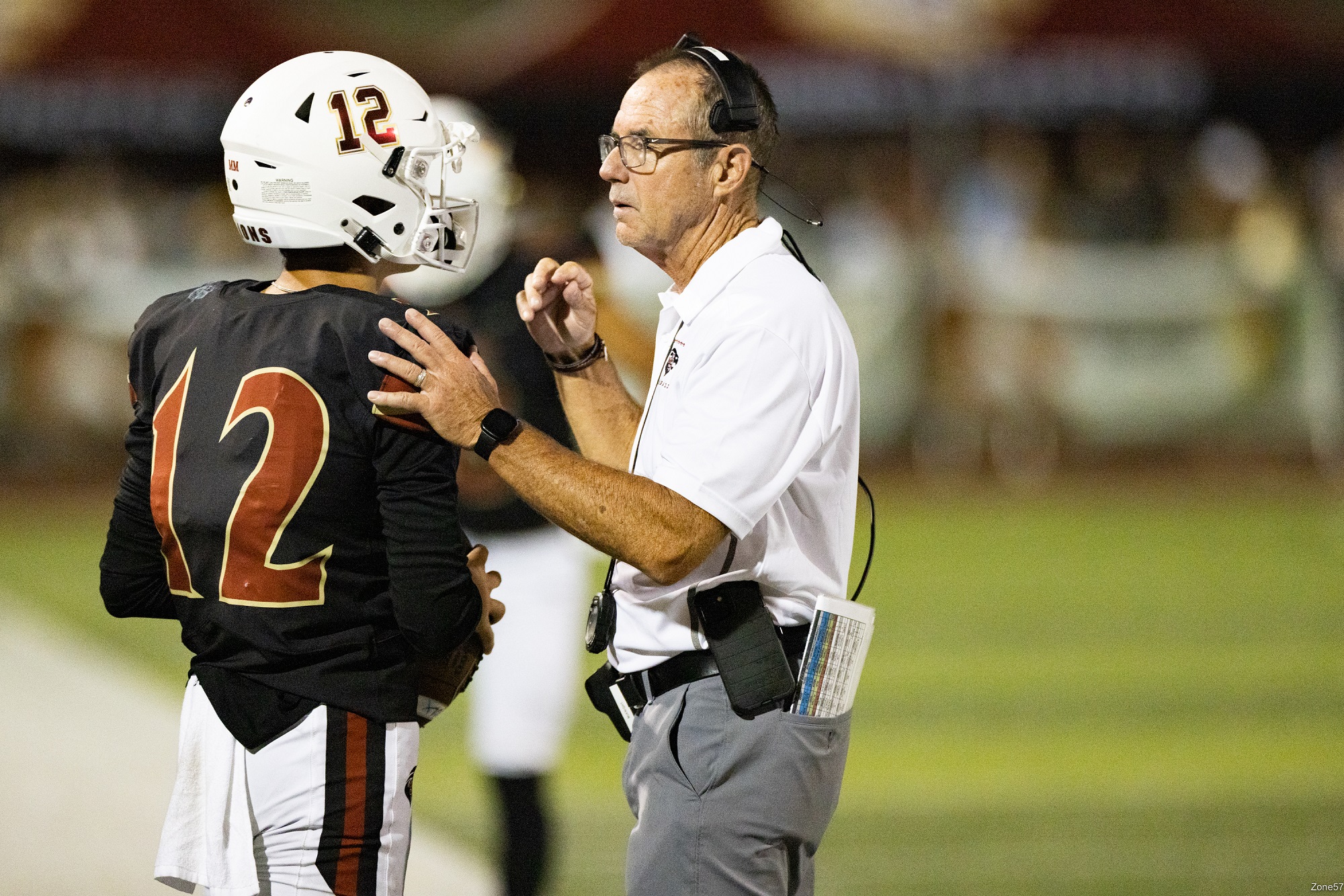 JSerra announced will “part ways” with head football coach Scott McKnight after two seasons to seek new leadership for the helm of the program on Thursday, Nov. 17.

In two seasons under McKnight, the Lions posted a 9-14 record overall with two playoff appearances. JSerra went 3-8 in 2021 and lost in the Division 2 first round to Sierra Canyon, in a game that went down to the final play, and the Lions went 6-6 in 2022 with a first-round comeback victory over Santa Margarita in the Division 1 first round and a second-round loss to Mater Dei.

“Coach McKnight took over this team at a crucial time and has done a great job bridging the gap,” JSerra athletic director Chris Ledyard said in a statement. “His dedication and hard work brought a level of success for which we are grateful.”

McKnight was not on the sidelines for JSerra’s two playoff games after suffering a severe concussion in an accidental collision in warm-ups ahead of the Lions’ first-round game against Santa Margarita at Saddleback College. McKnight also coached part of the season with an eye patch after sustaining an injury to his left eye.

McKnight was well renowned as a special teams guru, including his 10 previous years as an assistant coach with the Lions. Over the last two seasons, JSerra had dialed up six kickoff returns for touchdowns.

“We wish Scott the very best in his next endeavors,” JSerra president Rich Meyer said in the statement. “And while it’s never easy to make a change, we believe now is the time to capitalize on the foundation Scott has built for one of our marquee programs.”

JSerra offensive line coach Pat Harlow, who was the head coach of the Lions for four seasons before stepping down and McKnight taking over, was the acting head coach in the Lions’ two playoff games while McKnight was out. Harlow told the Orange County Register in an email that he “might be done coaching” and will take time to figure out his future.

The JSerra football opening is now the third in the Trinity League announced in the last two weeks. Ahead of their second-round game against the Lions, Mater Dei announced that legendary coach Bruce Rollinson would retire at season’s end. Earlier this week, Servite announced it had also parted ways with head coach Troy Thomas.

Going into next season, St. John Bosco’s Jason Negro will be the longest tenured coach by a good margin with 13 seasons in Bellflower. Santa Margarita’s Anthony Rouzier and Orange Lutheran’s Rod Sherman are both in their second seasons with their respective programs.