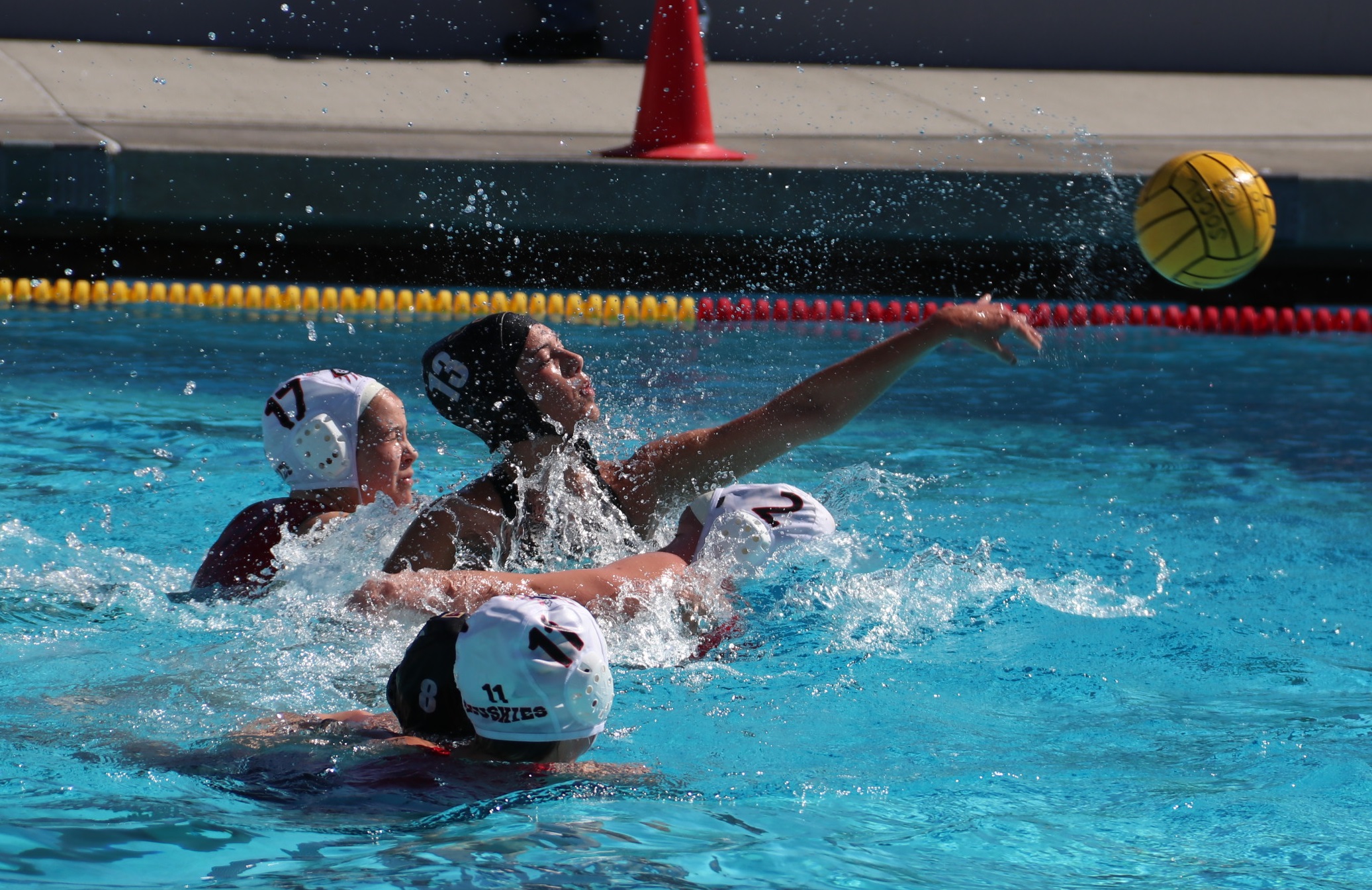 IRVINE – it was an historic moment for the JSerra girls water polo program to simply be in the pool on Saturday, Feb. 19.

The Lions had never been out of the first round of the CIF-SS playoffs before this season, and now JSerra was playing in the program’s first CIF-SS final. The No. 2 seed Lions went up against No. 1 seed Centennial of Corona, which had been an absolute buzz saw through the Division 5 playoffs, and while JSerra didn’t find its results, the victory was in the journey.

Centennial shut out JSerra in the first quarter and continuously drove to the net to draw seven penalty shots and ultimately defeat the Lions, 12-7, in the CIF-SS Division 5 Final at the Woollett Aquatic Center in Irvine.

“Honestly, just when I look at my whole season, these girls have put in so much work,” JSerra coach Natalie Seidemann said. “Half these girls weren’t water polo players at the beginning of this year, and no one thought that we were going to be in a CIF division final, and we made it there.”

JSerra (19-7) took on a challenging schedule this season, with plenty of higher-division opponents and, of course, the gauntlet of the Trinity League. The Lions finished fourth in the Trinity League, behind Open Division qualifiers Mater Dei, Orange Lutheran and Santa Margarita, and earned the No. 2 seed in the Division 5 playoffs.

JSerra opened the playoffs with two road wins at Pacifica of Garden Grove, 13-4, and Fontana, 12-4. The Lions came home to seal victories over Fountain Valley in the quarterfinals, 8-4, and La Habra in the semifinals, 10-5, to advance to the program’s first final.

“These girls played hard and learned a lot,” Seidemann said. “I have no doubt that in the future that these girls are going to keep moving this program forward.”

All of the accomplishments this season for JSerra were steps of growth for a team full of juniors and sophomores with only one senior. The Lions will most certainly be back as contenders in the years to come.

“For them getting to play in a championship game and a championship pool is phenomenal,” Seidemann said. “They get to experience the noise, and what it’s like, and their coach getting a little rowdy on the bench. We all have passion. It was new.”

Centennial led 3-0 after the first quarter.

“We just didn’t put away our shots on offense. That’s how I really feel,” Seidemann said. “We had the opportunities. Our defense was pretty good. If we had put away our opportunities early, it would’ve been a different game. That comes with the learning.”

JSerra responded with two goals in the second quarter both by Cotter, including the opening goal of the frame on a 6-on-5 opportunity. However, Centennial stayed a step ahead of the Lions with three goals, including two on five-meter penalty shots.

Coming out of halftime, JSerra found its drive with a goal by Baklhi and earning its first penalty shot of the match. Centennial put a spike in that momentum with a save of the penalty and a 6-on-5 goal off a rebound.

JSerra didn’t lie down, however, and matched goals with Centennial through the end of the third quarter. Centennial drew yet another penalty shot at the end of the quarter, but Martz made the stop to maintain the 9-5 Centennial advantage into the fourth quarter.

JSerra continued its final push in the fourth quarter, but Centennial came up with five saves to deny the Lions. JSerra scored twice, including a penalty shot by Gabriel, and Centennial added three to win the day, 12-7.

Centennial had scored no fewer than 22 goals in each of its playoff games entering the final, which makes JSerra’s final effort a credit to the Lions defense and Martz in the cage.

JSerra goes home with the silver runner-up plaque and a valuable experience to drive the Lions through the offseason and back into the pool next winter.