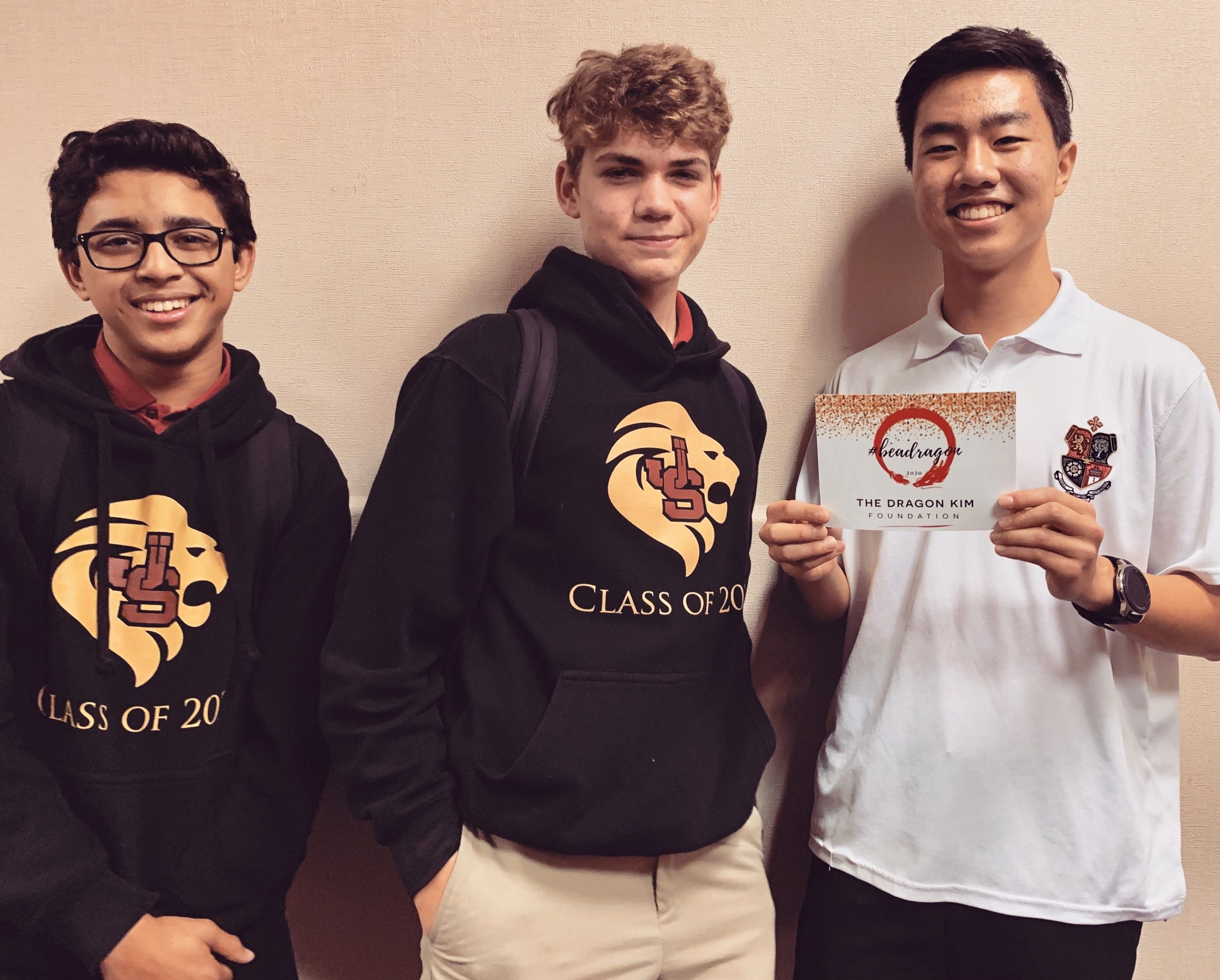 JSerra Students Educating Others on Dangers of Vaping

Rising junior students at JSerra Catholic High School are educating other youngsters on the harmful effects of vaping through their project called “EduVape.”

Dillon Kim, Brayden Daly, and Arav Patel will be holding a virtual assembly in August with young people in Anaheim, and they have participated in other digital talks about the health consequences of vaping. The three friends originally planned to hold in-person assemblies but had to change plans due to the COVID-19 pandemic.

The JSerra students got the idea for their program after a DEA officer spoke at their school about the hazards of substance abuse and secondhand smoke. They also felt motivated to speak up after observing how vaping is becoming a concerning issue for young people.

Brayden, 16, said the online assemblies will generally start with a presentation on the harms of vaping and end with fun interactive activities to engage their young audience, possibly with remarks from a doctor or medical professional in between.

“We’re going to make it short, because our target audience is elementary and middle school students,” Brayden said.

Dillon, Brayden, and Arav won a $5,000 grant from the Dragon Kim Foundation—a charitable organization unaffiliated with any government—to set up EduVape. Dillon said he was initially shocked when he received the email about the grant, which turned into delight among the trio.

“We knew a lot of people were applying,” Dillon said. “There were a lot of projects.”

Arav, 15, was eating lunch with Dillon when they found out, and said they were ecstatic.

When considering what EduVape could turn into and future possibilities for their outreach efforts, Arav said they’re considering ideas of starting a club. Dillon said it’s possible an online movement could start from the project, but they’ve also been advised by a teacher to also focus on local efforts.

Brayden said it’s “pretty crazy” how far EduVape has already come from their initial idea, which started as discussions among the three friends.

“It feels really great that we can help out others, especially educating others,” Brayden said.