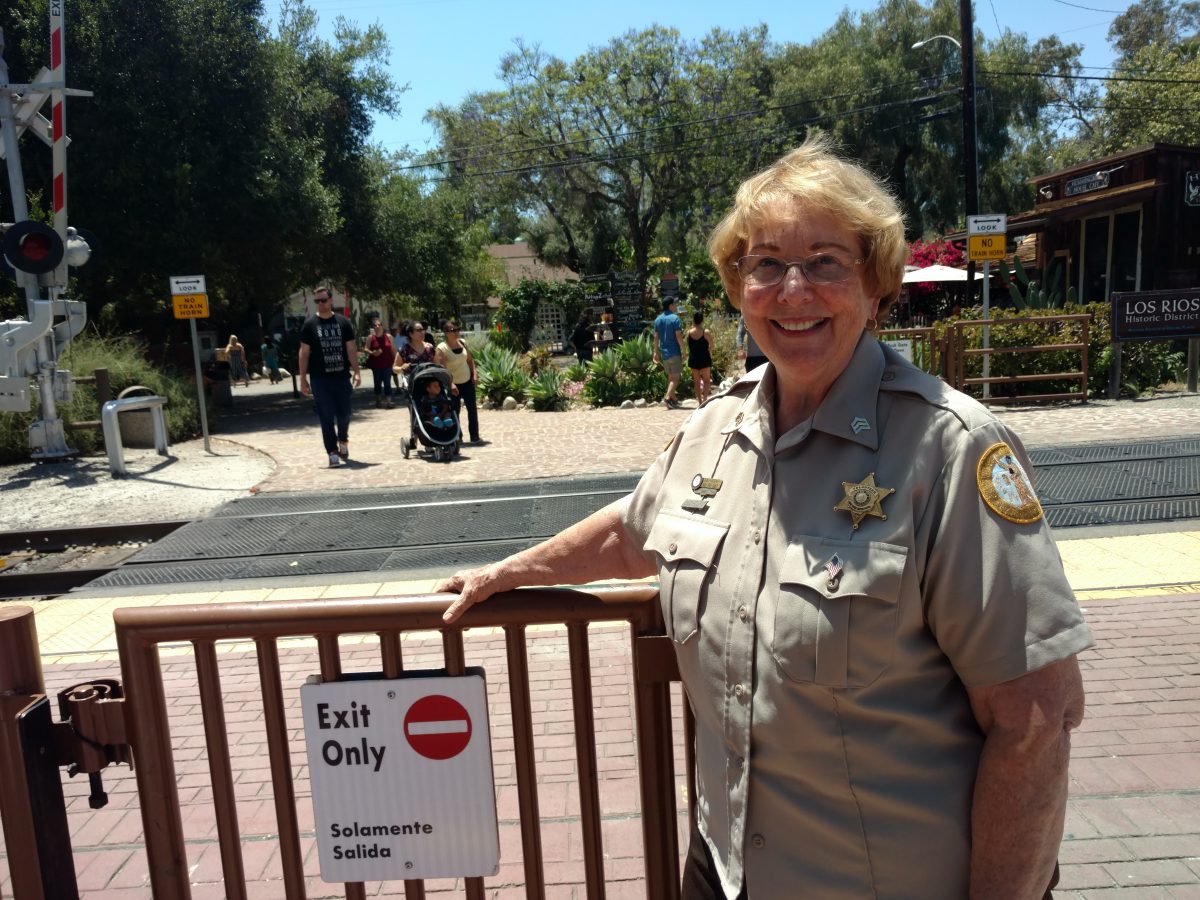 If you’ve seen a senior wearing what looks like a law enforcement uniform, either riding bicycles around San Juan Capistrano, or talking to tourists by the train station, you’ve probably encountered one of the city’s Associated Senior Action Program (ASAP) volunteers.

With contributions ranging from bike patrol, administrative support, kiosk support and van patrol, the 40-something city volunteers of ASAP’s sole purpose is to help with the police services in San Juan Capistrano. Nearly all of the volunteers are retirees whose careers and lives vary widely, but they all have one thing in common—they love to serve San Juan Capistrano.

“I think (ASAP) is an organization where everybody kind of has common interests, whether it’s their grandkids or their kids, giving back to the city of San Juan Capistrano, the comradery is tremendous,” ASAP Bike Patrol Coordinator Dave Cox said.

Cox, a San Juan Capistrano resident of 30-plus years, regularly bikes the streets of the city keeping an eye out for any crime, namely graffiti, and also acting as a helping hand to anyone on the streets.

Bill Mase, head of operations for ASAP, estimates that with the time the volunteers dedicate, in addition to ticket fines, the ASAP volunteers contribute approximately $250,000 annually to the city. The assistance that ASAP volunteers give range from removing graffiti, giving parking tickets and also acting as a bridge between residents and law enforcement.

“The good things that we do get associated with the star,” Mase said.

By having the ASAP volunteers dedicate time to smaller tasks such as giving tickets, it gives Orange County Sheriff’s Department deputies of San Juan Capistrano Police Services more time to dedicate to responding to calls for service or community policing.

“The public doesn’t realize how important they are to us as an agency, the (deputies) are busy handling calls and it’s hard to get involved in the community and get proactive, but we have ASAPs (who give us tips on what’s going on) and most of the time it is very helpful and maybe we can prevent something from happening,” Administrative Sgt. Virgil Asuncion said.

Once instance of when an ASAP volunteer helped to possibly prevent something bad from happening was when a train station volunteer noticed a possible drunk driver.

“I can think of a time last year when we had a drunk driving incident, one of our patrols encountered a lady down at the train station parking area and she was more than inebriated, she was almost unconscious,” ASAP Van Patrol Coordinator Jim Keen said. “There’s nothing we can do or get involved in, that takes a policeman, but we were able to phone it into dispatch and let them know where she was going at a safe distance, and she ended up being apprehended. But she could’ve caused a lot of damage.”

Asuncion and Chief of Police Services Lt. Carl Bulanek note that being able to have people on the streets who can “see something, say something,” is invaluable to keeping San Juan Capistrano safe.

“We’re not policemen, we’re not cops, but we are the eyes and ears sometimes,” Keen said.