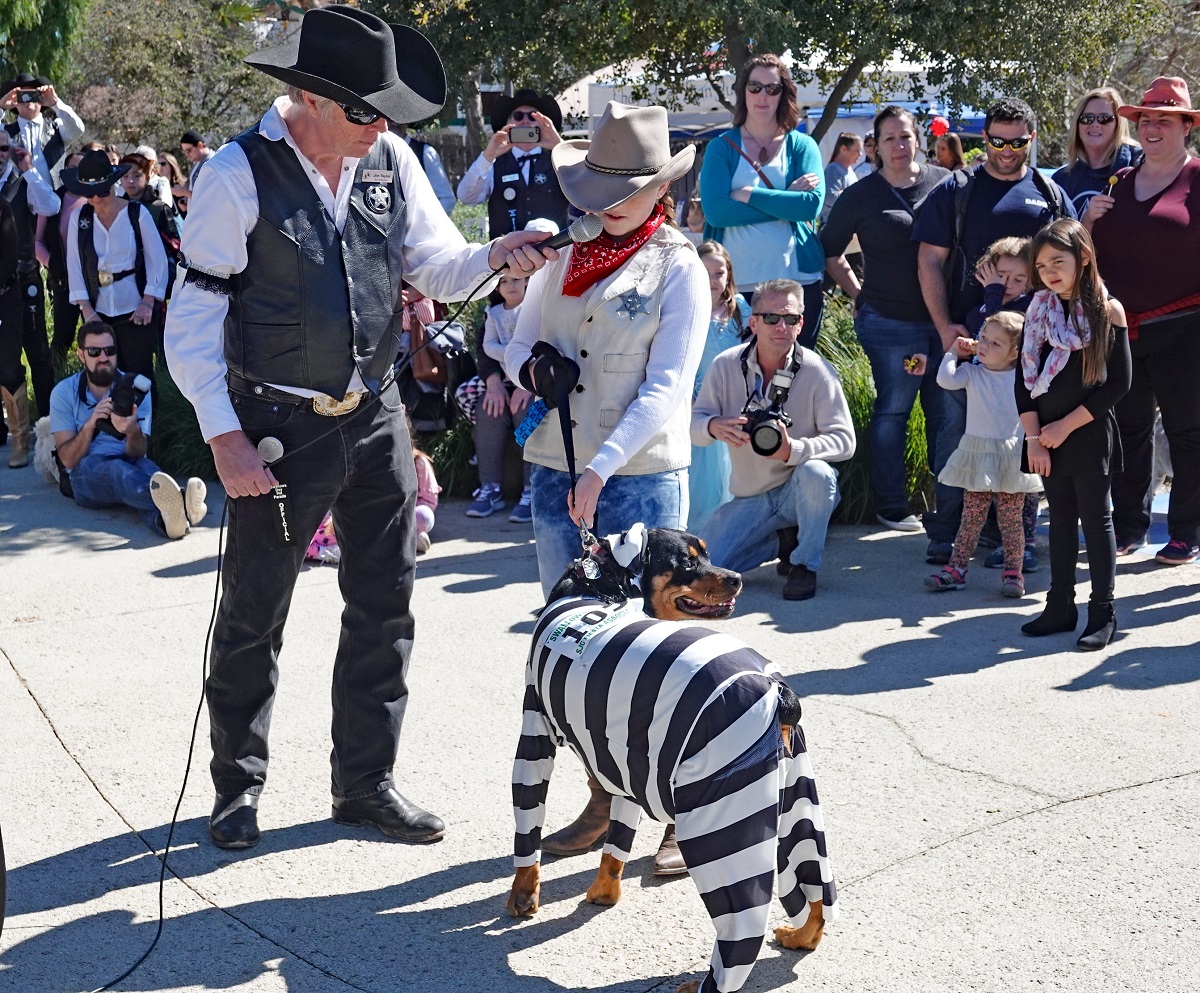 Come March 23, when the streets of downtown San Juan Capistrano transform into the 61st Annual Swallows Day Parade, there’ll be a new sheriff in town.

Her name is Emma Hall. She will be dressed in Wild West attire. She’ll be leading a maybe not-so-somber prisoner through the parade route on a leash.

That would be her dog, Rosie, a Rottweiler that will be clad in prison garb, a lock around her neck and, quite likely, a friendly tongue-drooping smile for parade spectators.

Emma’s prize was an invitation to appear in the upcoming Fiesta de las Golondrinas Parade, which the city hosts yearly to celebrate the return of the migratory swallows to San Juan from South America.

The theme for this year’s parade is “Women of the West,” so Emma and Rosie will fit right in, said Jim Taylor, Fiesta Association president. 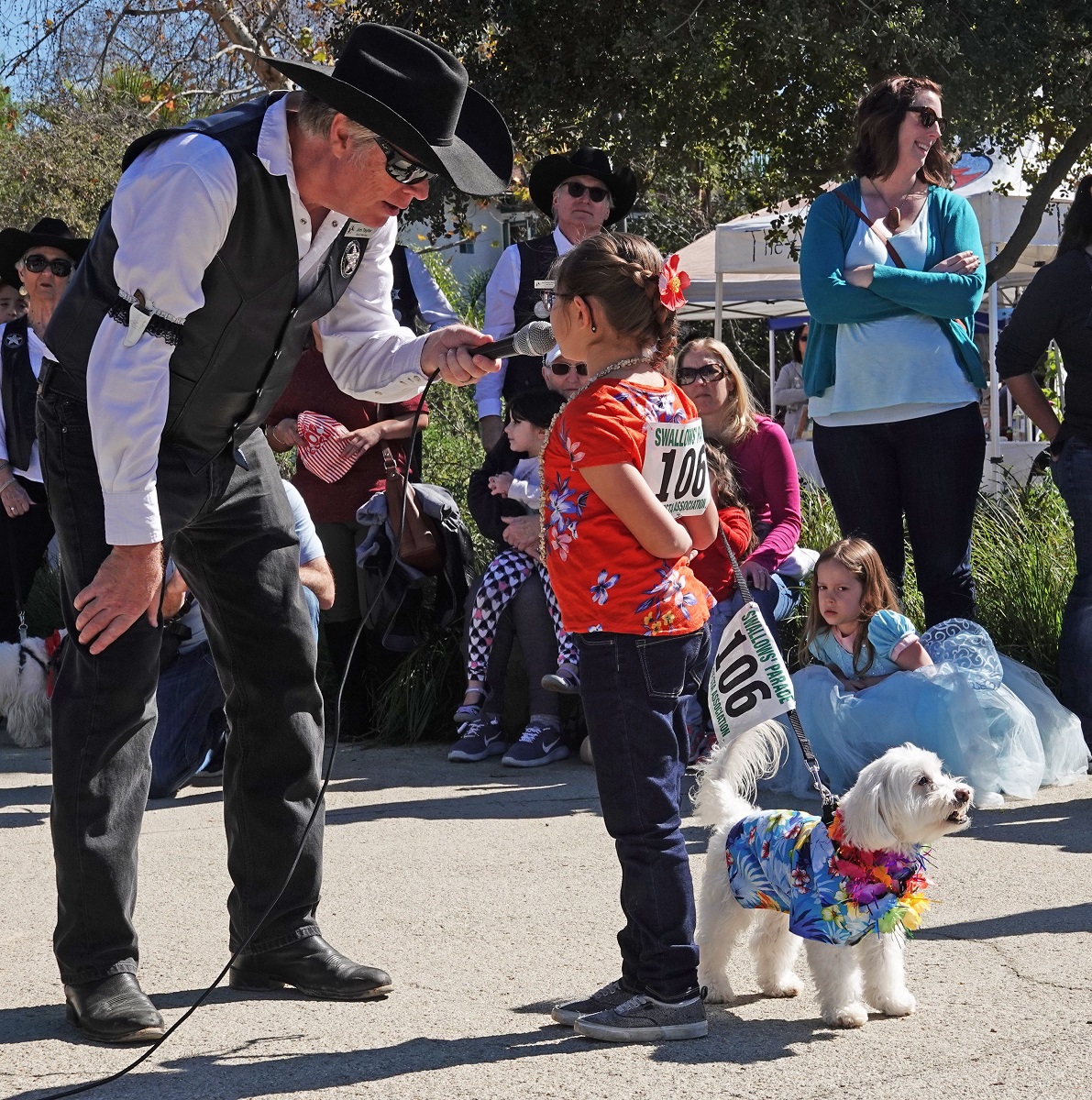 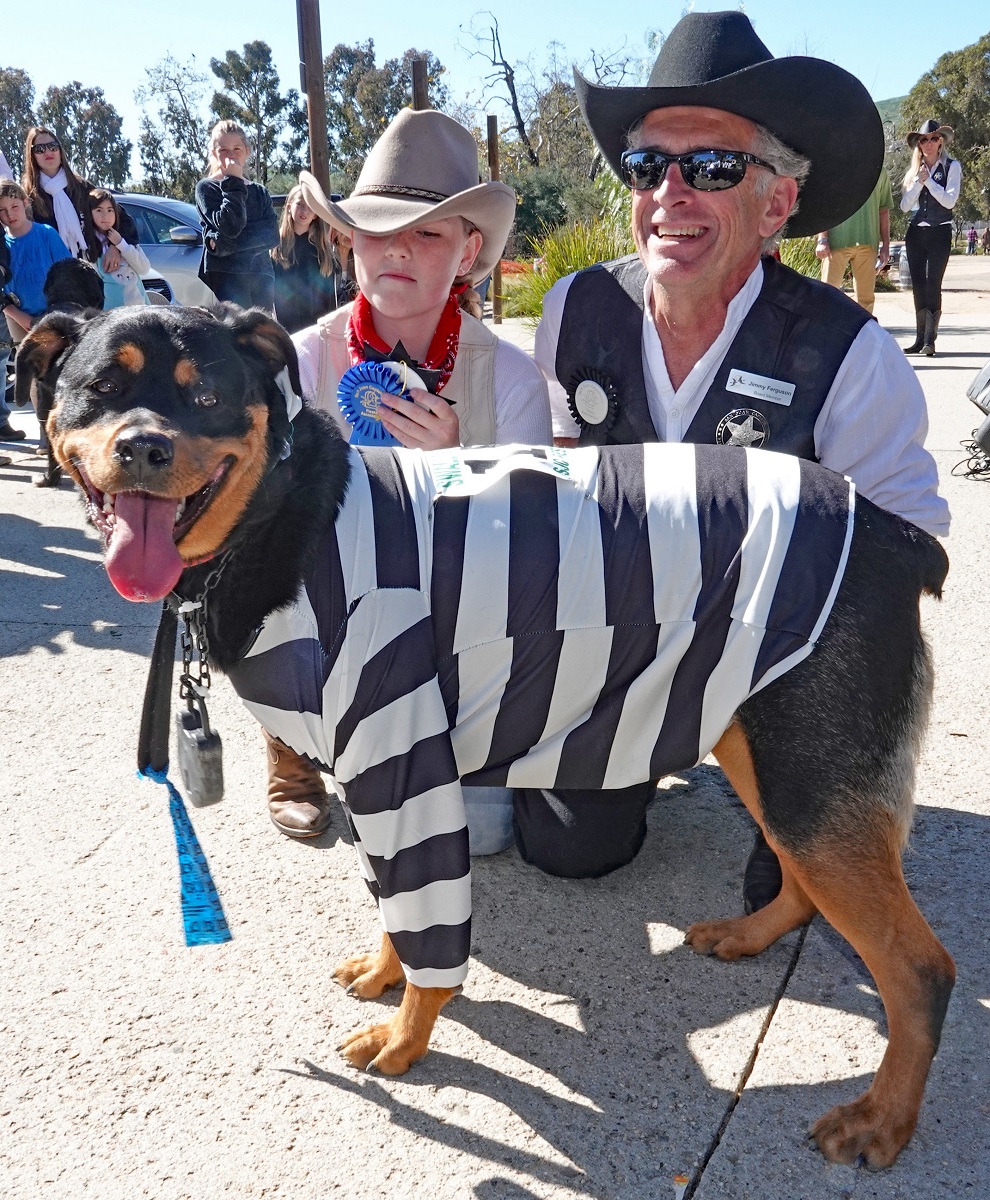 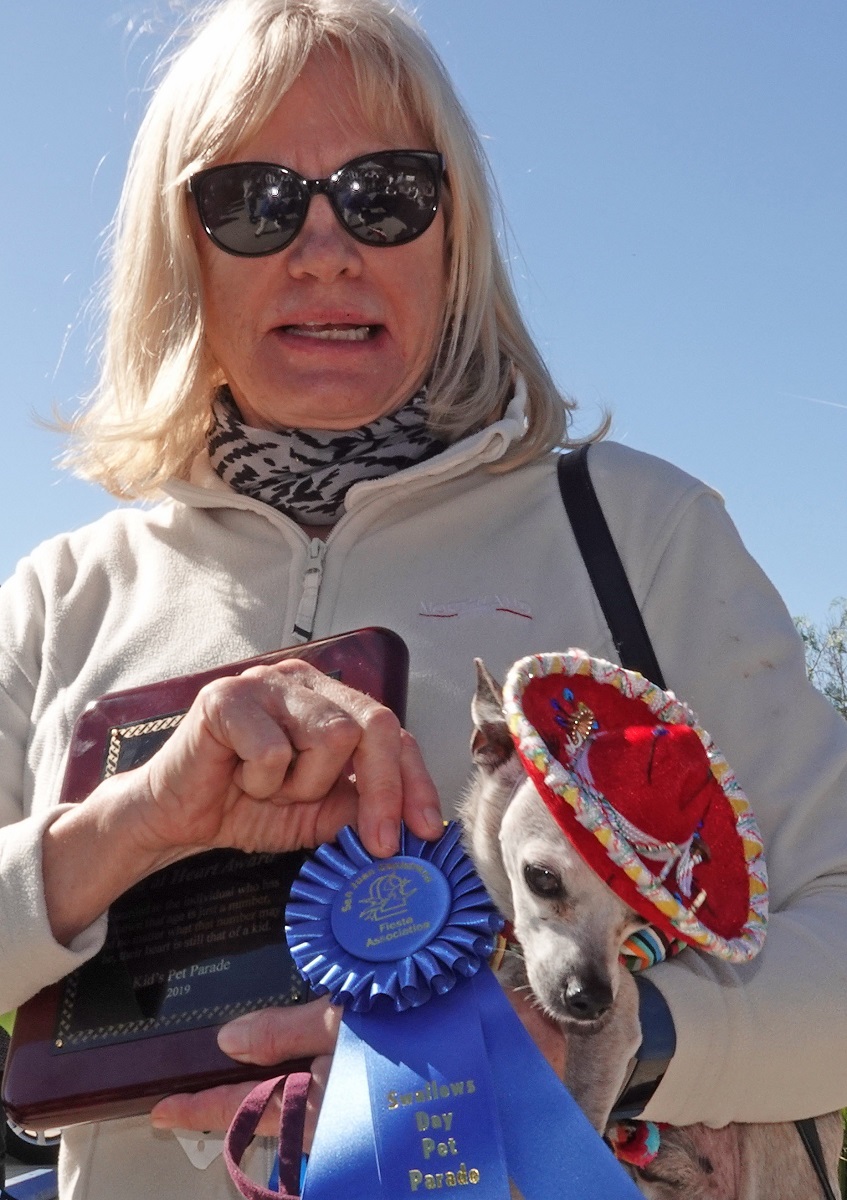 Winner of the 'Kid at Heart' category was Eleanor Tiner with her fiesta-clad dog, Pepper. Fred Swegles 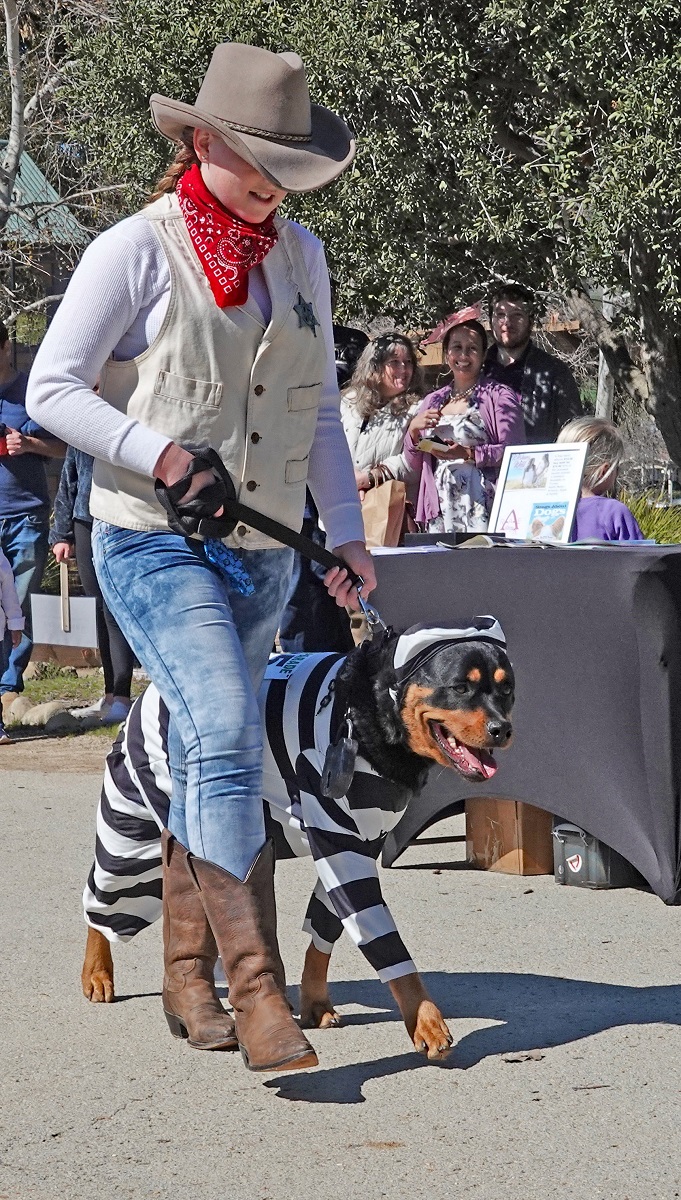 Emma Hall marches in the Pet Parade with Rosie. They're dressed as sheriff and prisoner. Photo: Fred Swegles 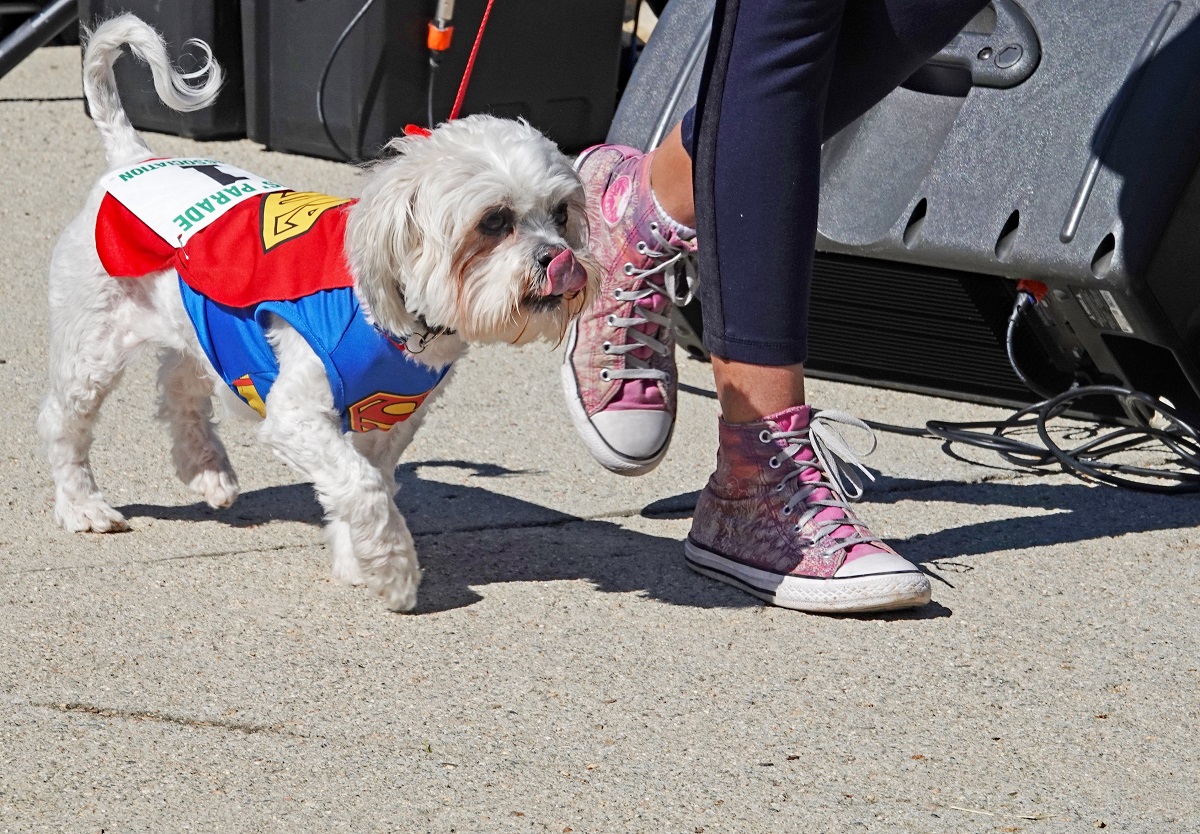 Teddy puts on a super performance while being led to the judging stand. Fred Swegles 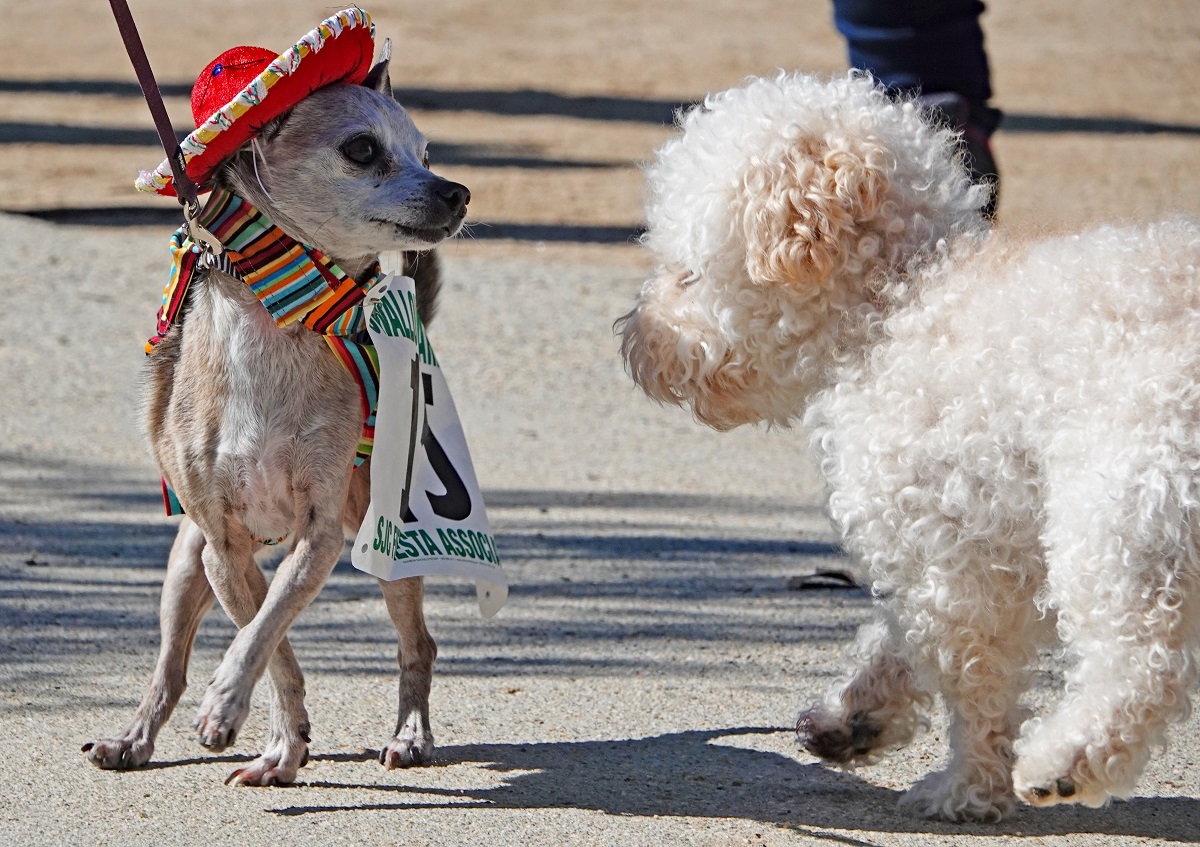 Pepper, dressed for a fiesta, tries to impress one of the other contestants while parading on the concourse. Fred Swegles 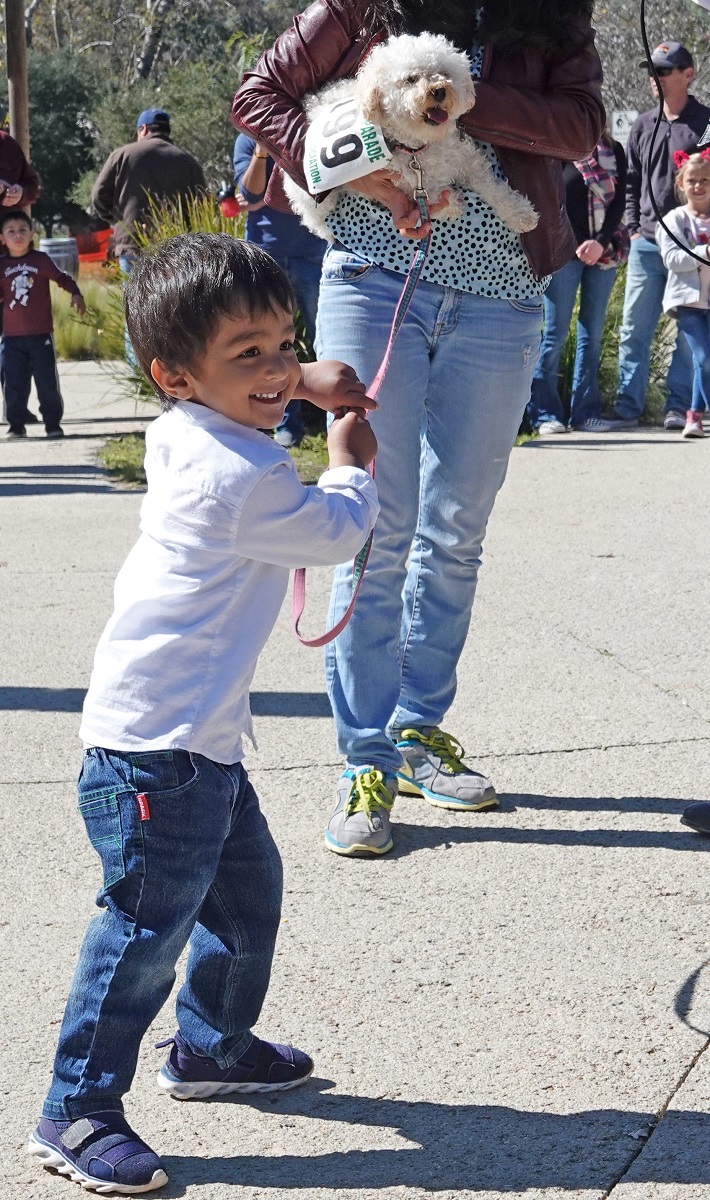 Adi Tanwar does a little dance as he tries to coax his dog BoBo. Fred Swegles 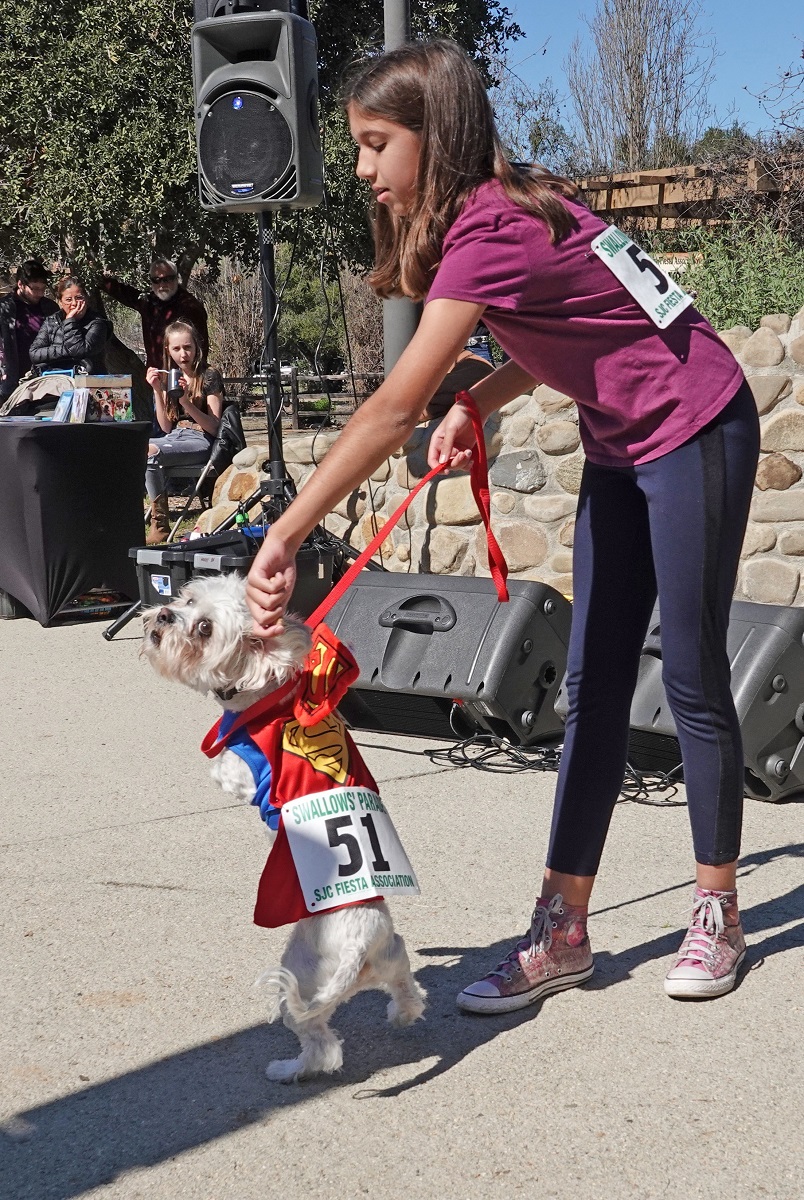 Madeline Salinas demonstrates to the Kids Pet Parade judges how Teddy can stand and twirl around. Fred Swegles 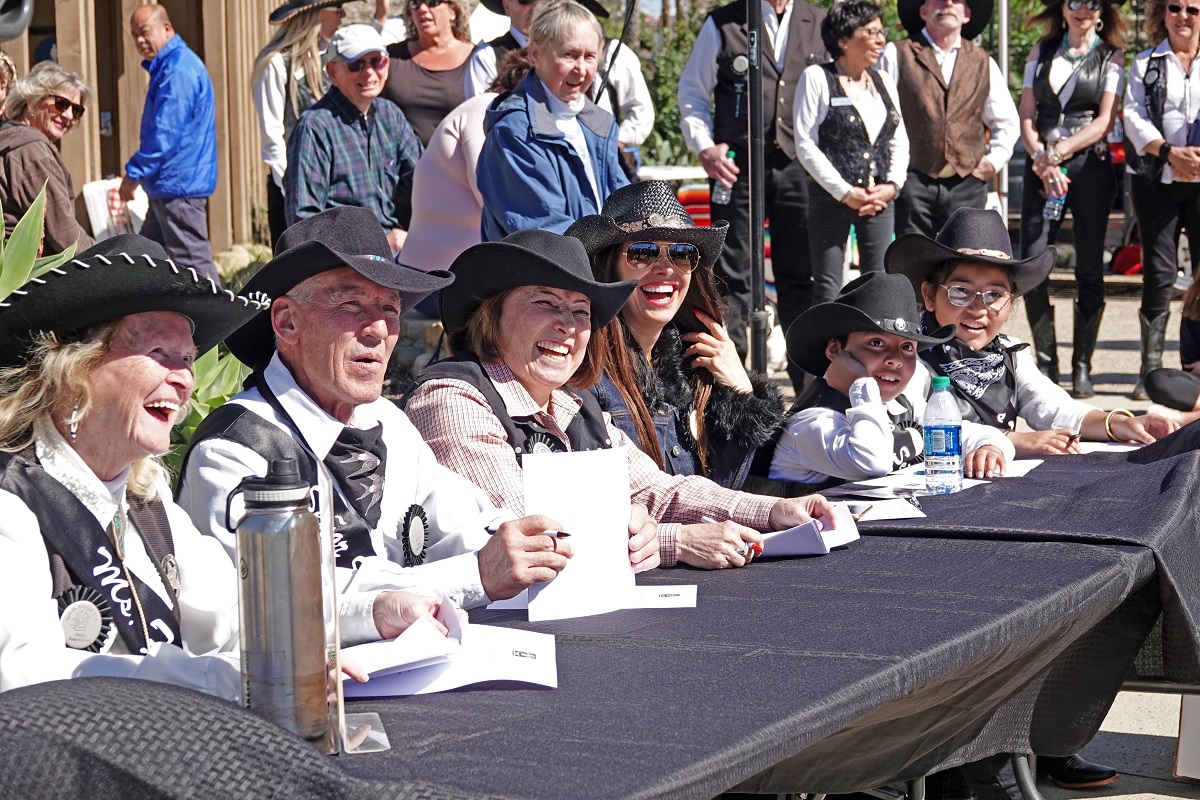 One of the contestants' antics drew a happy response from the judges at. From left are Annabelle Isky, Tony Leone, Sylvia Mazzeo Pule, Carolyn Franks, Brandon Rodriguez and Daniela Martinez. Fred Swegles 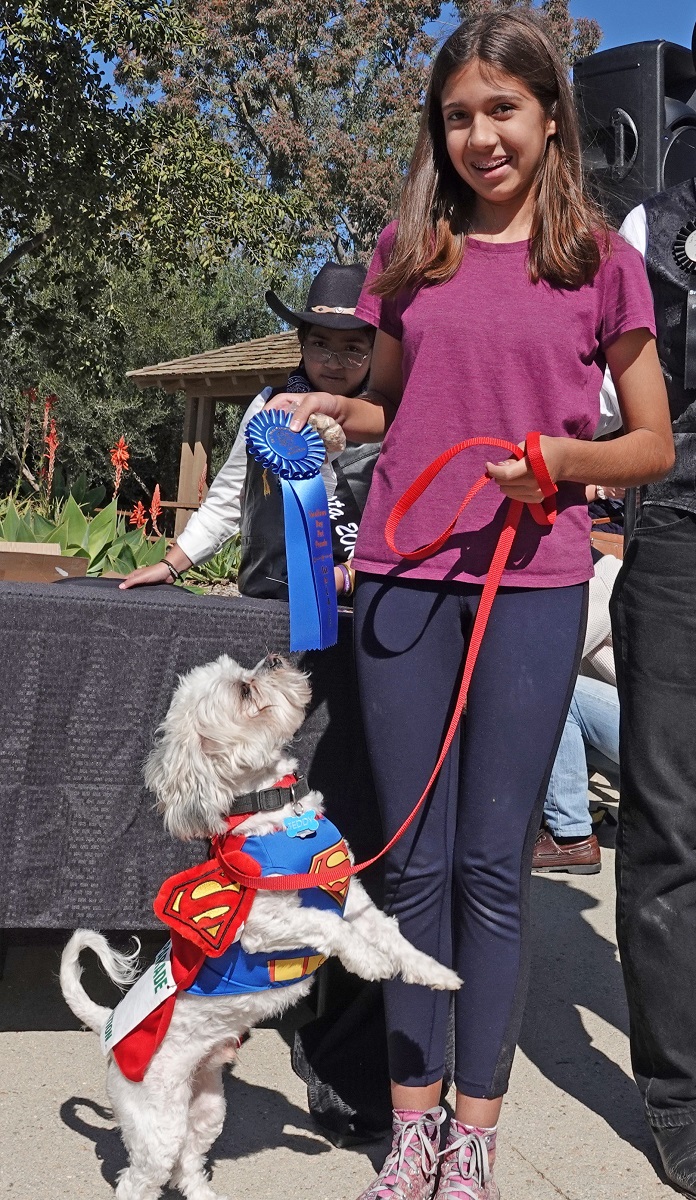 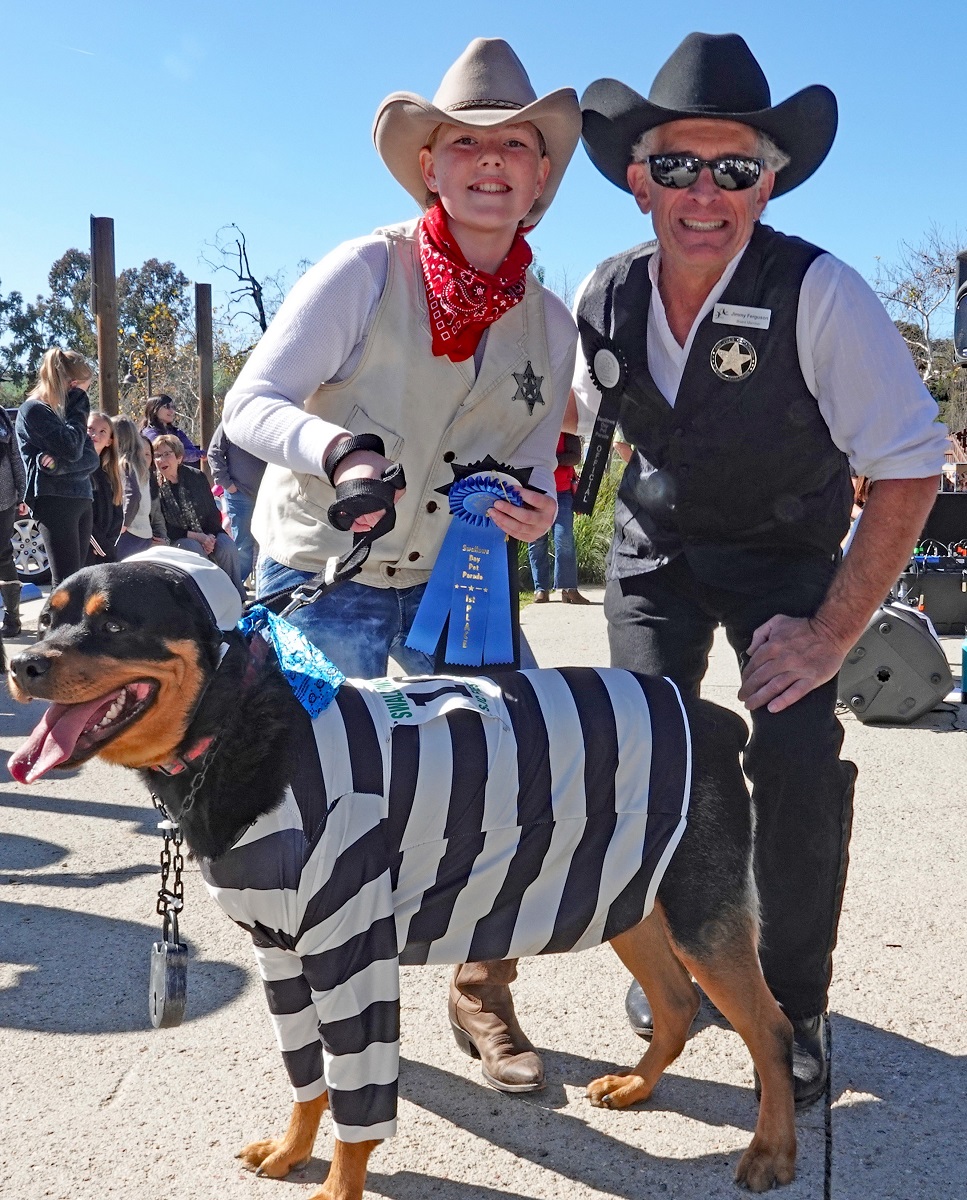 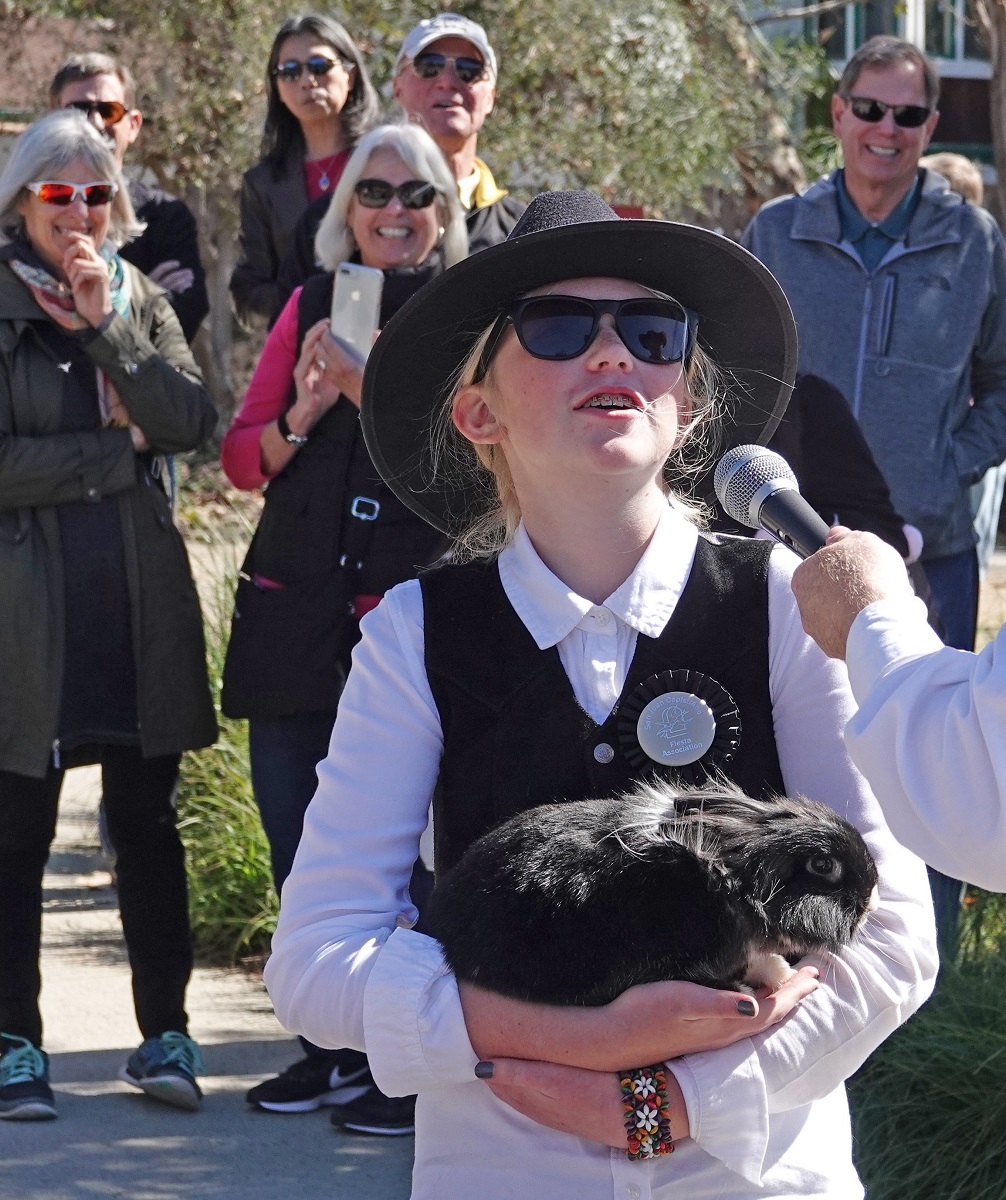 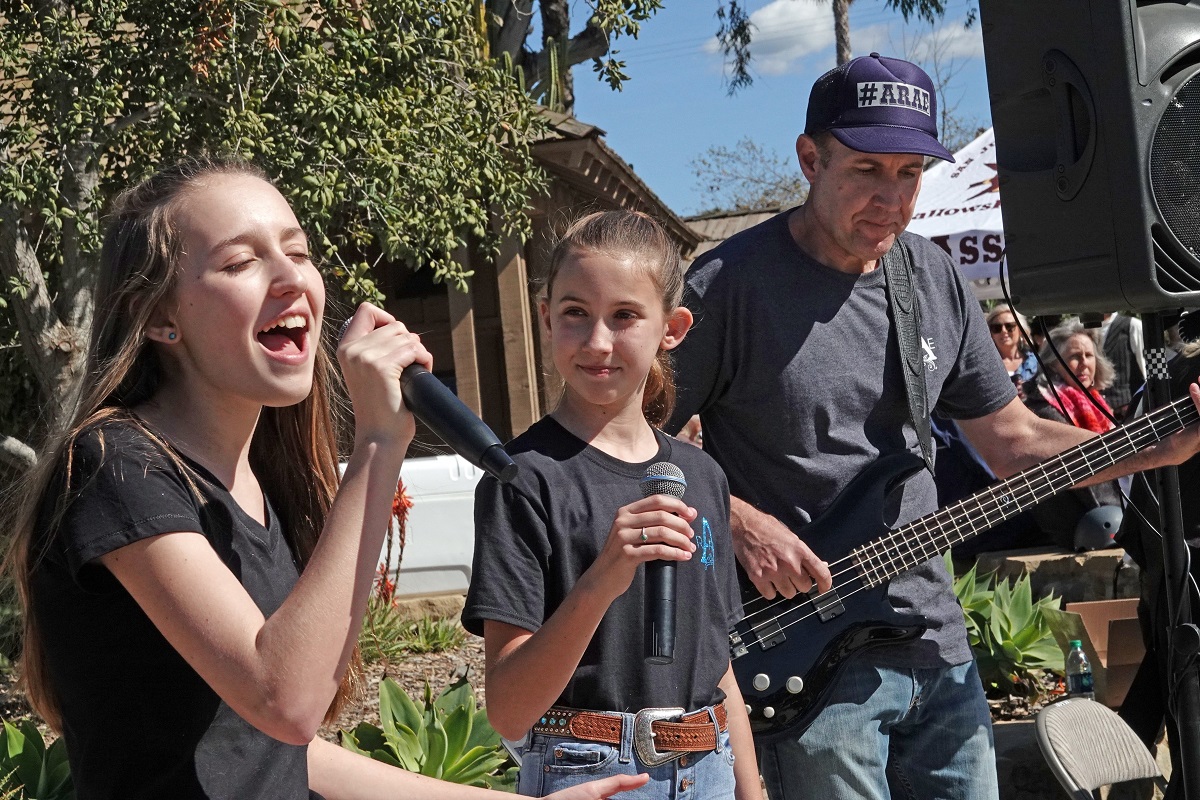 From left, sisters Alexa and Avery Roemer perform as the A. Rae Band. Their father, Jack, is the bass player. Fred Swegles

One of the floats in the parade is designed to celebrate famous women of the West—think Annie Oakley, Taylor said. There will be six marching bands and some 350 horses in what is billed as one of America’s largest non-motorized parades.

Judges at the Kids’ Pet Parade selected Emma and Rosie as the best-costumed owner and pet combo, out of five entries in that category.

Madeline Salinas and her dog, Teddy, earned first place in the domestic pet category, out of five entries.

Kate Pointer and her rabbit, Cruella, were named winners in the barn animals category, among three entries.

Friday, March 22: Hoos’Gow Day, 9 a.m. to 4 p.m. in downtown San Juan, when a costumed sheriff and posse roam the streets in search of city slickers who aren’t wearing at least some western attire. You may get roped and “arrested,” all in fun. To bail out of the portable jail, try to talk your way out or purchase a fiesta souvenir with proceeds helping to defray costs of the fiesta parade.