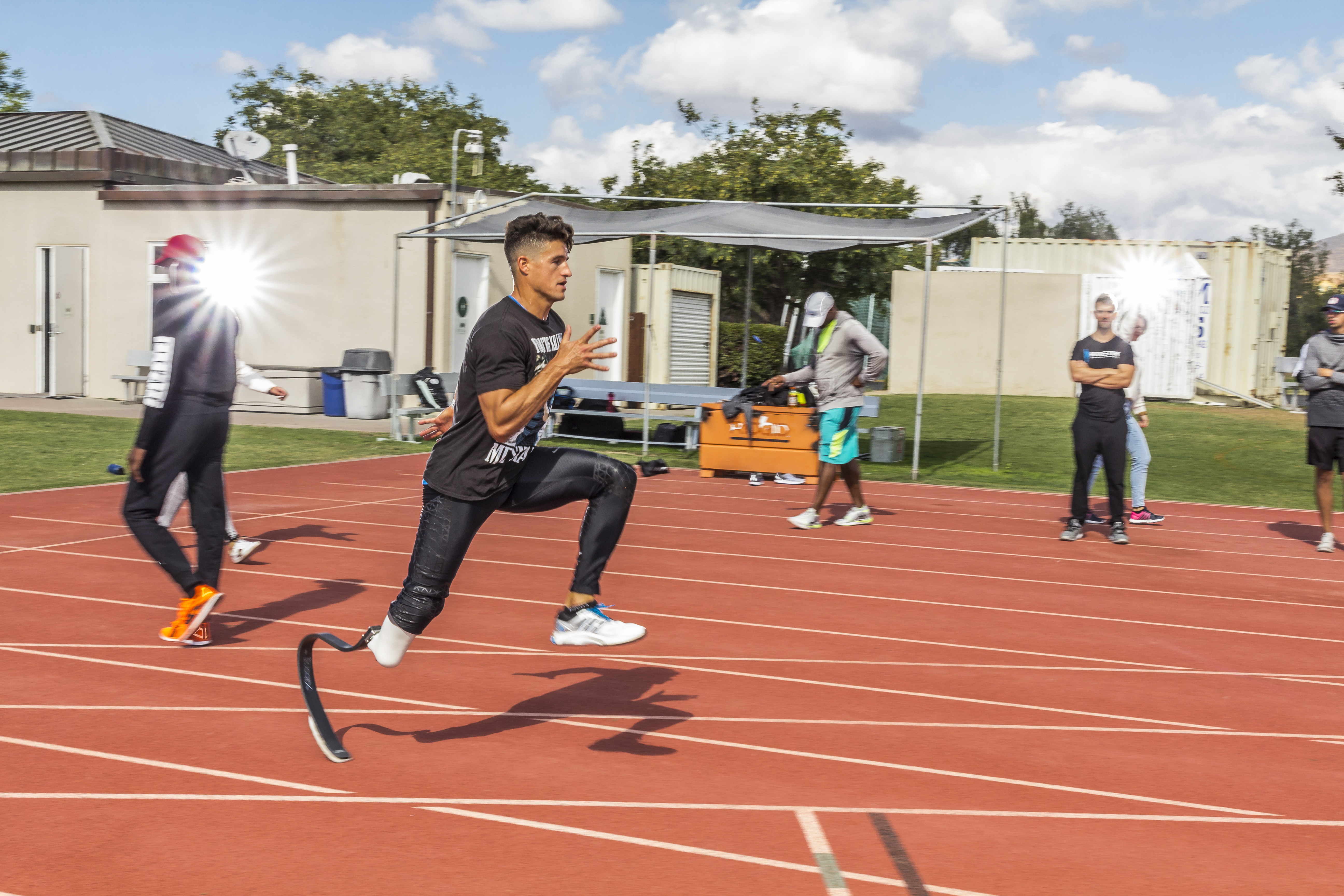 It’s hard not to believe that everything happens for a reason. Things happen as they are meant to happen.

He is athletic, goes to the beach and surfs in his time off as well as camps and goes off-roading. Merrill is like many who grew up in San Juan Capistrano.

But after having his right leg amputated after his foot was crushed by a car in 2005, Merrill started on a path to being extraordinary.

“I dreamed about being a professional athlete,” Merrill said. “In the hospital, I thought it was taken away from me. God had plans for me, and I see now, he sure did. It would have been news to me back then.”

Merrill reclaimed the American long jump record in the T/F44 classification with a mark of 7.02 meters at the New Mexico Classic on Feb. 2 in Albuquerque, New Mexico. T/F44 is one of seven Paralympic sports classes applying to athletes with a single below knee amputation.

“It’s cool to see the hard work pay off,” Merrill said. “It’s just a cool accomplishment. It doesn’t define me, but it’s attached to my name. For me, (the record is) going to continue to break throughout this season and the years to come. It’s cool to have that measurement to continue to push that envelope.”

Without even realizing it, he broke the record on his first jump with a leap of 6.99 meters.

Merrill went past that mark on his second jump for the 7.02-meter result, and his attention was finally brought to the record.

As a kid, Merrill was always participating in sports. He played soccer, baseball, volleyball and basketball, among others like surfing and off-roading.

In 2005, Merrill, then 14 years old, was crossing the street with his best friend when he was hit by a car. The accident crushed his right foot.

“The doctors wanted to amputate immediately,” Merrill said, “but my parents wanted to try and make it heal. After two months, the doctors said it had to go.”

His right leg was amputated just below the knee, but Merrill wasn’t slowed down.

As soon as he could, Merrill was up and active.

“It was mainly once my limb decreased inflammation and I could get a leg to start walking on,” Merrill said of his recovery process. “Once I could get up to a jog, I went immediately into playing sports with my friends and went back to school and playing sports. I had the determination inside to do everything I could do before. I developed this work ethic that I had to work twice as hard in everything I do.”

Track and field didn’t find Merrill until he was 20 at Saddleback College.

On the urging of his prosthetics provider, Merrill attended a running clinic for amputees in Irvine.

“I didn’t want to go,” Merrill said. “I knew how to run. I didn’t know why he wanted me to go. He eventually guilt-tripped me into going.”

At the clinic, he met U.S. Paralympic coach Joaquim Cruz, who won the 800-meter Olympic gold medal for Brazil in 1984.

“He came up and introduced himself to me,” Merrill said. “I met other Paralympians, like (three-time Paralympic gold medalist) Brian Frasure. That was the first time I had heard of it (the Paralympics). Didn’t think much of it off the bat.”

Merrill held onto Cruz’s card and eventually took him up on the offer of an invite to the training center in Chula Vista. Once he visited, Merrill was enthralled.

“This was my dream when I was a kid,” Merrill said. “Professional athletes training day in and day out. This is where I want to be.”

Once he got a running blade, Merrill took right to it and got going.

Merrill got his first big competition experience at the 2009 nationals, but it went nowhere near how he expected.

“I missed my race because they changed the schedule,” Merrill said. “‘Dude you missed your race.’ What do you mean? ‘They just went.’ I went down and ran by myself. I didn’t make finals. I saw what it was like and I’m going to train harder and start making finals.”

Merrill continued forward training for 400 meters then moved down into the 100 and 200. At the 2015 world championships, Merrill competed in the 100-meter and 200-meter and earned a silver medal in the 4×100-meter relay.

“Being able to run that well at that stage,” Merrill said, “was a key indicator to me that if I can keep working, I can get there when the pressure is on.”

After over a year of coaches talking about getting into long jump, Merrill joined the category just three months before nationals.

He went on to win the event at the Paralympic trials and qualified for the 2016 Paralympics in Rio de Janeiro, Brazil.

“I was in a great mind state. Tons of peace,” Merrill said. “I was in awe of the beauty of Rio and the mountains. The people were great. In the Olympic Village, athletes from almost every country in the world were there. It was a competitive environment, but still harmony with all these people and cultures coming together.”

“It was something I had never experienced before. It was bigger than any other meet I had been to.”

Merrill set the American long jump record for the first time in Rio at 6.84 meters. The mark was good for fourth place, tantalizingly close to a medal.

He now has his sights squarely set on Tokyo and the 2020 Paralympic Games.

“Every day, it’s the process of getting better at long jump and sprinting,” Merrill said. “I’m definitely shooting for the top. I want to be the first American to get that gold medal in the long jump.”