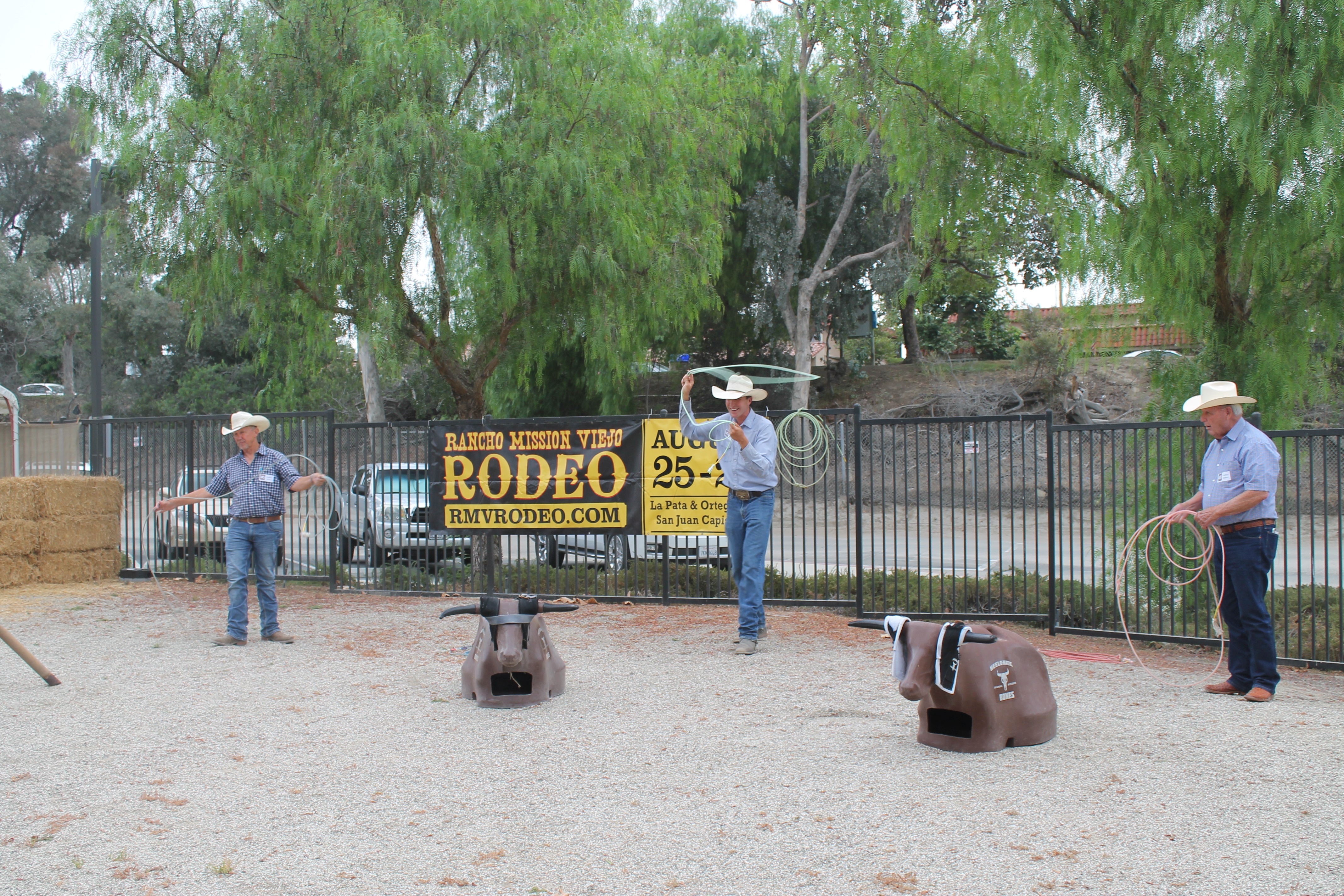 A group of children enthusiastically gathered around Rancho Mission Viejo ranch cowboys Gilbert Aguirre, Brent Freese and John Frank as they skillfully spun their lassos in the air at The J.F. Shea Therapeutic Riding Center on Thursday, Aug. 16.

The cowboys were showing the kids, part of the Shea Center’s summer camp, how to rope “steers.”

The steers weren’t actually real; they were dummies, but that didn’t dampen the excitement for the children. They watched the roping activity with wide eyes, waiting for their chance to also spin the lasso.

The summer camp is one of numerous programs put on by the J.F. Shea Therapeutic Riding Center, which aims to improve the lives of people with disabilities through therapeutic horse-related programs.

The center serves people with physical and cognitive disabilities, including Autism, Cerebral Palsy, Developmental Delay, Down Syndrome and Seizure Disorder. Roughly 70 percent of clients are children.

The center has children riding, sitting sideways, sitting backwards and even sometimes standing on horses because riding a horse moves a person’s body in the same way walking does. That can be very beneficial for a person dealing with a condition such as Cerebral Palsy or recovering from a stroke.

Shea Center Executive Director Dana Butler-Moburg said that with the Rancho Mission Viejo Rodeo right around the corner, center officials thought the roping activity would be a fun way to not only teach the summer camp kids about the area’s Western heritage but it also had practical applications.

“There’s a lot of eye to hand coordination,” Butler-Moburg said. “You have to have a lot of strength to stand there and swing the rope, you have to be able to look at what you’re doing, so there are a lot of things we do at Shea that are tied back into this skill.”

Children watched closely as Aguirre, Freese and Frank spun the lassos in the air and then slipped them over the horns of the fake steers. Sometimes they accomplished that with skill; other times it took a couple tries.

The event was not just a treat for the summer camp’s kids but was also a fun experience for Shea Center employees and volunteers who delighted in taking pictures and watching the cowboys at work.

According to the Shea Center’s website the camp gives the children a five-day introduction to horseback riding and also gives them the chance to learn how to appreciate and care for horses among other activities.

There were three camps held this year: One from June 25-29; another from August 6-10; and a third from August 13-17. The roping event was one of the last for the year’s final summer camp.

Butler-Moburg said there was a key reason that the summer camp is integrated and includes children who don’t have disabilities: Children who do want to be able to attend camp with their friends and siblings.

“What all of our kids with special needs want to do is be part of our community and here there really is no difference,” she said. “In summer camp you’re just kids. You’re kids here having a great time.”

Gilbert Aguirre, the Rancho Mission Viejo cowboy, said that while he doubted the kids would remember how to rope a steer, they were definitely having the great time Butler-Moburg said was the objective.