When did Earth Day grow into Earth Month? Does it mean we can choose any one of the 30 days to do “it” or we should do “it” for all 30 days? Well, let’s first see what they want us to do this year. Is it an easy “do?” Does it save “me” money?

This year’s theme is “End Plastic Pollution.” According to World Economic Forum, by 2050, our oceans are expected to contain more plastic than fish. Essentially, this really means how much plastic we’ll be eating. Plastic, a fossil fuel product, does not biodegrade, instead breaking down into tiny pieces that the fish eat, and then we eat the fish. Another common destination for plastic is the landfill. Since it contains toxic chemicals, landfills then contaminate groundwater. So, it’s a catch-22. There is no away.

I suggest we really try to work on ending plastic pollution every day. It’s not hard, and it saves everyone money. A few easy ways you can help are: Bring your own cup to Starbucks or Jamba Juice, and get 10 cents off, leave the little packets of ketchup and utensils to-go at the restaurant, say no straw by bringing your own water bottle and bag, and support eco-friendly businesses.

Most of these things are single-use plastics that fill up our trash cans, drawers and cabinets quickly. Just like our trash cans, our garages and our homes, Earth has limited space to store junk. Let’s get neat from this month on. 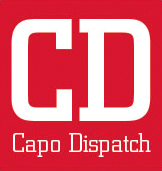