Out of curiosity at the Dec. 6 San Juan Capistrano City Council meeting, I submitted the following question that Mayor Pam Patterson read from the dais:

“Why is the comparison of cities with at-large elections with term limits compared to San Juan Capistrano with a district election with no term limits?  Thank you.”

It was my hope that the agenda item for the consideration of City Council term limits would be delayed until the newly elected councilmen from District 1 and 5 be sworn in to represent their constituents and residents at-large.

It is my understanding that Councilman John Perry proposed term limits for the City Council in early October. In broad strokes, Mayor Pam Patterson, Mayor Pro Tem Kerry Ferguson, and John Perry passed the motion on Dec. 6 to hold an election with term limits on Nov. 6, 2018. Councilmen Sam Allevato and Derek Reeve dissented.

This important issue of term limits governance needs to be reconsidered by the newly elected Council and fully vetted before an election commitment. It would benefit the city and residents to implement a public forum for discussion and input now. It will provide a more complete understanding of our current conditions and the best method to move forward.

I was actively involved earlier this year in community outreach meetings to determine the boundaries for the five voting districts in San Juan Capistrano. With a greater understanding of our city, it was a collaborative, educational, and transparent process completed in July 2016 by interested residents and the city.

Anticipating the casting of my future vote for a City Council person in District 3 on Nov. 6, 2018, I believed it was of the upmost importance this past election to volunteer and conduct nonpartisan voter registration in San Juan Capistrano with other civic-minded residents in other districts.

Before taking the vote to the residents in 2018, how about the City Council consider the impact that the 2020 consensus may have on the five districts’ boundaries? Plus, it’s projected that a larger voter turnout will occur in the 2020 General Election, and at that point all five districts will have experienced council representation. It’s important to cultivate a personal connection between voters and City Hall.

I encourage the new City Council to please maintain the voters’ rights to elect, re-elect or reject a new or incumbent candidate rather than follow the reform-minded term limit rules.

Let’s support our city elected officials and give them the time in office to learn about San Juan Capistrano governance, to represent their districts and the city at-large effectively, and to perform their duties that require know-how and understanding.

As the documentary film producer of Ronald Reagan: An American Journey and The Reagans: The Legacy Endures, I agree with President Reagan’s wisdom. In January 1989, President Reagan told NBC News about his plan to try to repeal the 22nd Amendment, which limits presidents to two terms: “I think that is an infringement on the democratic rights of the people…It is an invasion of their democratic rights to vote for whoever they want to vote for and for however long.” 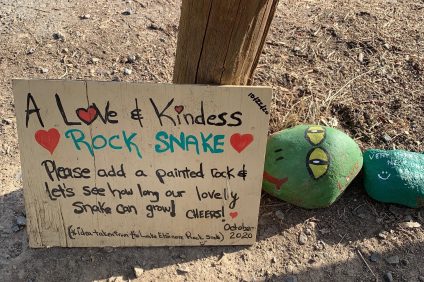 Letter to the Editor: A Positive Message for People of San Juan