Letter: In Response to the March 10-23 Soapbox

Why not eliminate letters and simply announce The Capistrano Dispatch endorses Doug Applegate? Four of five letters you chose to publish make that point.

I am not at all impressed with Darrell Issa and would have voted for the Democratic candidate had he not been first and foremost a trial lawyer. In my view, the last thing needed in our government are trial lawyers who are not disposed to listen and compromise to gain the fairest, best outcome for the most people, but instead use every tool available to win above all else, even if the client is a murderer with numerous eyewitnesses, e.g. Scott Dekraai.

Regarding the lack of town hall meetings, it would appear that many people attending meetings so far are not present to have their opinions heard, listen and gain information, but rather to shout down and humiliate the elected representative and make it impossible to exchange any useful information. This is no secret—instructions encouraging and describing methodology for disrupting town hall meetings are readily available on the internet. While I’m certain that participants likely depart disrupted meetings thinking “we showed him,” they are likely on one side of the political spectrum. What about people on the other side or in the middle? Does disrupting meetings and shouting at elected representatives convince anyone to change their opinion in favor of the disruptors? It may accomplish the reverse.

Regarding the Russian hacking issue, the latest reports from all the three-letter federal agencies state unequivocally that there are no indications the Russians interfered with the elections. While they may have, and I emphasize may have, hacked the DNC email system and that of John Podesta revealing some rather juvenile comments, it appears highly unlikely that anyone changed their mind regarding a presidential candidate because of the emails. How would a hearing discern whether the tens of thousands of votes that constituted the winning electoral margin in several states switched candidates due to DNC emails? It’s just another exercise in shouting from the mountaintops rather than finding reasonable compromise and solutions to the real challenges facing us today. The election is over and in the past, and there will be another opportunity to register approval or opposition in two years. In the meantime, if everyone keeps shouting and fails to come together, we are all in for some very tough times. 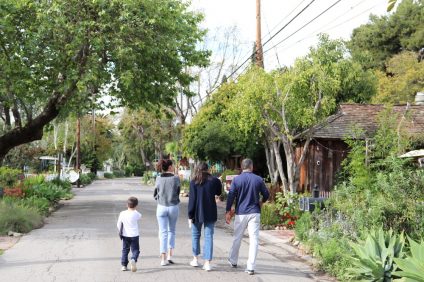 Letter from the Mayor: Our Community Can Persevere

Guest Opinion: Newspapers’ Role in the Time of Coronavirus