I am sick and tired of being ridiculed by the town elites simply because I hold opinions contrary to theirs.

Is it asking too much to discuss issues instead of having to endure their endless and immature personal attacks on anyone who doesn’t agree with them?

I am a tax paying resident who is very weary of dirty politics and business as usual at City Hall. Larry Kramer and John Taylor are running on a slate together and are running our city into the ground. They have exhibited biased decision making which benefits their special-interest donors who are on track to give them well over $100,000 for this election alone.

Note: These special interest groups do not donate to politicians, they invest in them. There is always payback expected and given.

Furthermore, their behavior has been embarrassingly self-serving as they bully and threaten anyone who disagrees with them. Such personal attacks are typically used when one has no real arguments to make and must resort to such amateurish tactics.

The current political machine is wrong for San Juan, but we have an opportunity to change things.

I am firmly behind Derek Reeve. As one of only two voices of reason on the council, Reeve speaks with the residents’ voice. He has fought the City Hall policies promoted by Mayor Sam Allevato, Kramer and Taylor and done so with dignity and integrity. Reeve is right. He is conservatively right, he is right on the issues and he is right for San Juan Capistrano.

There is nothing more American than fighting City Hall. That is why I am also voting for Pam Patterson and Kerry Ferguson. Patterson and Ferguson are honest, ordinary residents who will, with Reeve, return City Hall to working effectively for the residents of San Juan Capistrano. 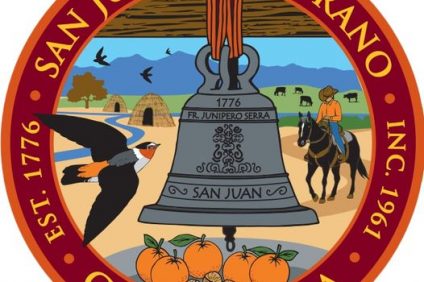