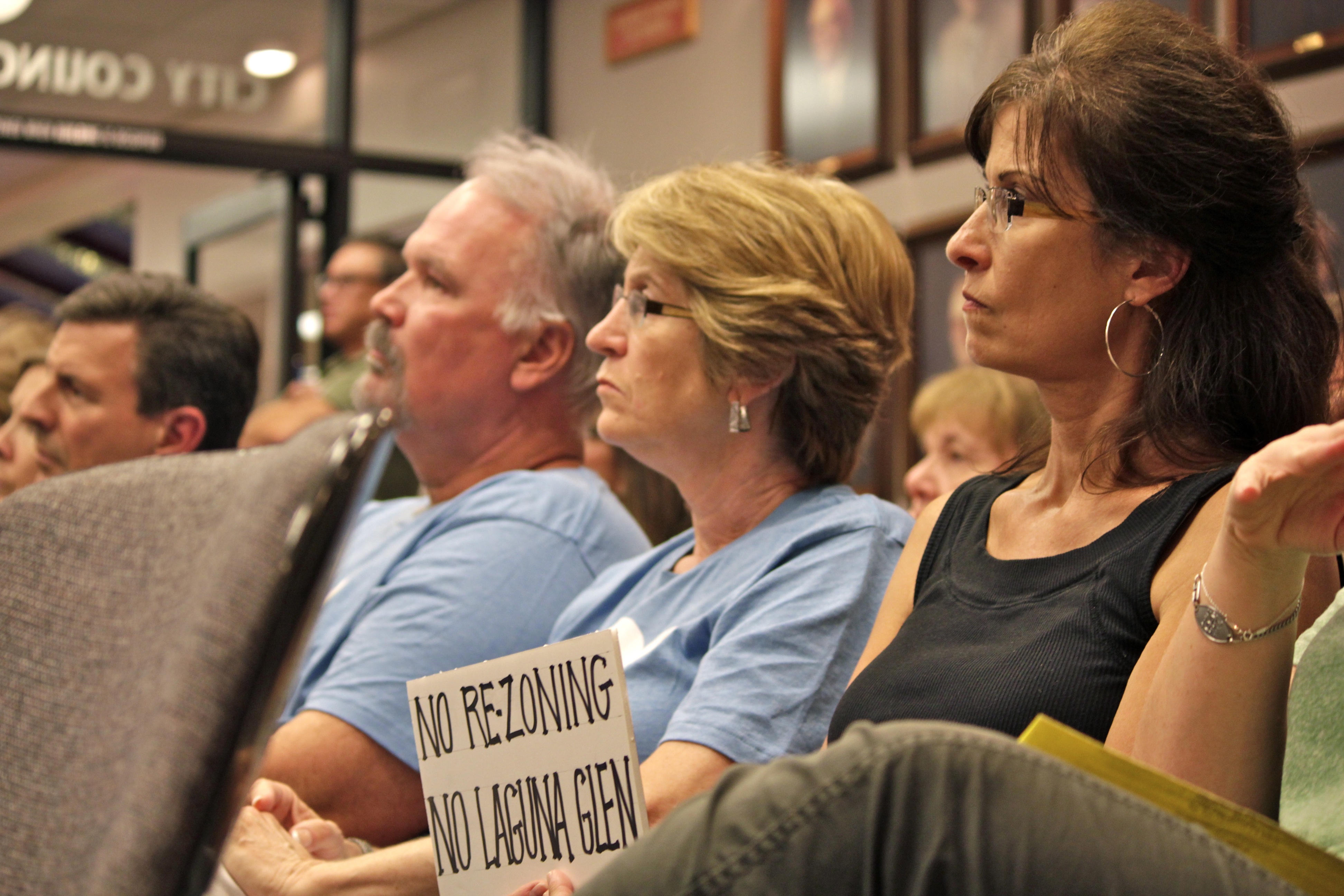 San Juan Capistrano’s General Plan states, “The underlying philosophy of the General Plan should be to preserve the present character of a small village-like community with abundant open space. A community that recognizes the contributions of its historic and cultural foundations is in harmony with its natural valley-like setting, as defined by its creeks and ridgelines and strives to embrace unique solutions to issues that may arise in the future to ensure that this vision continues to be carried forth for future generations.”

If you were a property owner who lived in one of the neighborhoods surrounding the Vermeulen property, where the Laguna Glen Continuing Care Retirement Community development is being proposed, and if you valued the fact that the city’s General Plan had already zoned this property for agricultural-business use when you bought your home, you might resent the current attempt to re-zone it for a project so at odds with its land-use designation.

As a recent transplant to San Juan Capistrano, Spieker Development’s Troy Bourne must not know how much we, as a community, value our agricultural and open spaces. And I wonder why this developer is pushing so hard to put this project in such an inappropriate, contentious location. If they had pushed this hard on securing the first location that was considered, in a much less constricted area at the north end of town, construction might very likely be under way now.

It’s looking like a perfect storm of misguided desires, with the Vermeulen family looking for the highest selling price they can get for their property, the City Council giving promises to the property owner and/or developer without any agreement from the community they represent and an established development company with substantial financial backing orchestrating it all for a large personal financial gain. Meanwhile, we, the residents of this town, would be left with a flood of new traffic, and our infrastructure being stretched to the hilt.

So, in reference to a recent letter written by Mr. Bourne in the Capistrano Valley News, I do agree that “the public deserves an honest presentation of the facts.” Let’s start with our city telling us clearly that this project would require an amendment to our General Plan allowing a change in zoning designation for 35 acres of land, rather than posting a sign with a series of code numbers that mean nothing; and explaining why they are allowing this developer to advertise this project as if it’s already been approved for construction rather than merely a proposal hinging on this General Plan amendment; and the land owners could respond to their fellow citizens about why they’re asking for such a drastic revision to our city’s guiding documents; and then Troy, you could stop feeding us your own brand of spin and be honest about what your development would really mean for the rest of us.

You could start by getting honest about what an agri-business zone is. You lead us to believe that chicken production in an over-crowded packing plant is the best we can hope for. You don’t mention it might also be an apiary with honey production; farming of produce and other horticultural crops; or nurseries, greenhouses and plant storage, like what Armstrong is using it for. You take exception to the fact that Armstrong has no plants growing in the ground, but in fact, most nursery growing grounds grow their stock in containers. The plants are there to be sold for landscape use. They have trucks to ship them and trash areas for debris, and they store these things on their property like any business would.

You like to quote independent studies and surveys stating that there would be little impact of any kind from this development, yet anyone with a brain of their own can see that a 500-unit residential and health care development, with all its employees, utilities, amenities and services will generate far more traffic, light, noise, emissions, waste and even water consumption than a nursery growing grounds.

I might be able to “agree to disagree about the merits of the proposed project,” but I strongly disagree with the way the city, the landowner and the developer are proceeding without an honest discussion with the community.