On Life and Love after 50: Meet and Greets popular social activities for seniors

When I owned Tutor and Spunky’s Deli in Dana Point, we started a Senior Singles Meet and Greet event that convened one night each month. It became a popular event for older singles.

During the two years we held the events, at least 30 singles over the age of 50 became 15 committed couples. Many of them are still together.

After I retired, the meet-and-greet events sputtered out. My partner, Greta, and I were traveling a great deal, and, we couldn’t put the effort into continuing to host and promote those events.

But I didn’t retire from writing this “On Life and Love after 50” column for the Dana Point Times, San Clemente Times and The Capistrano Dispatch. Readers would sometimes ask, “Why don’t you restart those Senior Meet and Greet get-togethers at the deli?”

When the deli sold again in April of this year, the new owners, Samantha and Elena, asked if Greta and I would be willing to host the Meet and Greet events. We told them we’d give it a shot. On May 22, more than 100 seniors attended (and not all of them were singles; some were married or in committed relationships).

One couple, Fred and Joanne, who met five years ago at the first Meet and Greet, arrived early.

Another couple at the event, Jack and another Joanne from Dana Point, explained how they had met. Joanne had read in this column about the importance for seniors to get off the couch, out of the house, and involved in activities they enjoy. She said those words inspired her to begin riding her bicycle again. Jack also liked bike riding, and that’s how he met Joanne. They ended up taking a trip to Amsterdam, the city of bicycles, where they did lots of bike riding.

I was amazed at the number of widows and widowers who joined us. Some were in their early 50s, such as Cluny, who has his own business.

Sisters Jackie and Judy, both widows, enjoyed themselves. Judy lives in San Clemente, and her sister Jackie, who used to live in South County, was visiting from Chicago. Jackie said she’d still be in town in late June, and she and her sister would come if we had another gathering.

Mary, an accomplished flutist from Dana Point and a 25-year customer of Tutor and Spunky’s, was happy not to have missed the get-together.

Dee lives with her daughter, Julie, and Julie’s significant other, Vince, in Dana Point. They said they were happy we rekindled the Meet and Greets. They had attended all of the earlier events in years past.

Greta’s two sisters, DeDe and Jeanne, who both live in San Juan Capistrano, were at the event. And two of Greta’s married children stopped by to see how their mom was doing. Her daughter, Terri, lives in San Clemente.

In prior years, Tony, Greta’s son in San Juan Capistrano, was the bartender at the events. At the May event, when people saw Tony behind the bar, they’d say, “Oh, my gosh, you’re back pouring the wine; how great to see you.” (I noticed he’d wink and pour a little extra into their glass.)

Jim, who owns Buy My Bikes in San Juan Capistrano, was sharing stories with others, just as he did when the events were held previously.

Of course, the question came up early and often: “Hey, Tom and Greta, when’s the next party?”

Owner Samantha checked her calendar and said, “How about Thursday, June 27, 5 to 7 in the evening?” We all agreed. And people are already making plans to attend.

Tina, from Rancho Santa Margarita, emailed to say, “Thanks so much for your column. I find it very eye-opening and informative. Appreciate you showing such concern for senior single people. I’ll be at your next Meet & Greet on June 27th!

“I’m 58 and single. It’s scary out there in the dating world. I haven’t tried online dating . . . too many con artists out there, especially after hearing about the con man and convicted felon, ‘Dirty John’ in Newport Beach! Wow . . . that’s enough to run from online dating.”

The biggest change I’ve noticed from four years ago is an even greater need for seniors, now that we’re older, to interact with people. Some become too isolated, and that isn’t healthy. The Senior Meet and Greets provide an opportunity to make new friends and to socialize.

So we hope to see a bunch of our readers on Thursday, June 27, at Tutor and Spunky’s Deli in Dana Point. Beer and wine will be five bucks, but the food will be complimentary. And while the focus is on senior singles, we encourage married couples and committed couples to attend, especially the ones who met at one of the events years ago. We love hearing about senior dating success stories. 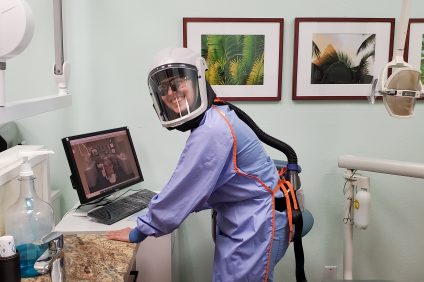