On Life and Love After 50: Older Men Dating Younger Women Is a Controversial Topic

For years, I have published an online newsletter that addresses the topic of dating and relationships for people ages 50 to 90. The newsletter is emailed each Friday to people across the U.S., Canada and other countries. There is no cost to sign up; I call the subscribers “Champs,” because that’s what they are.

Two weeks ago, a Champ named Fred commented about older men dating younger women. Fred did not disclose his age, but said, “At my age, everyone is younger; however, this is my experience. Women that get to age 68-70, divorced or widowed, tend to become older than their age. Despite what they write in their online profiles, ‘love to travel, walk on the beach, dance the night away,’ they do none of these things, and haven’t for many years. Widows are guiltier of not doing these things.

“Also, the dearly departed reach the position of sainthood in the widows’ minds, which is usually not even close to the truth. And, they constantly compare you to the late-departed mister.

“So what do old guys do? They stay away from the widows and look for younger women who actually do dance and walk the beaches. The downside is younger women have no money, so I have to accept that travel, dining out and whatever, will be on my dime. Also, ego comes into play. ‘Hot’ women with good clothing and an upbeat personality make your day.”

I was reluctant to include Fred’s comments in the newsletter, thinking older women might find them offensive. But to my surprise, many responded positively, even adding their own experiences.

Marie, 65, wrote, “I recently met a 68-year-old man. He bought me a roundtrip ticket to Florida. I dumped him when I came back from the trip because he could not keep up with me.”

Judie, 73, said, “I found Fred’s comments very truthful. Sounds like he spends a lot of time online, and then when he actually meets these ladies, he then finds they are probably ‘old’ acting, looking and thinking.

“I go to movies, concerts and casinos by myself for an evening out. Many women in their late 60s, 70s and beyond do not go out alone at night. They don’t wish to drive, are fearful, or their families tell them they need to stay in, where it’s ‘safe.’ Or, if they do start dating someone, they frequently cancel to watch the grandchildren.”

Linda shared, “I think some older men want the eye candy that they think younger women will provide, which will make those men more sexy. Men are very visual. Some things never change. Women, on the other hand, want a mate to help rear children and for nesting. So, no wonder as older women we aren’t sure what we are looking for in a mate.”

Stella said, “I totally agree with Fred! Older women seem to hang on to their baggage as though it were an heirloom. Younger gals just want to have a good time. The downside is that they also want to get married and start a family. I’ve seen these coots marry and have kids with these young gals and regret it.

Jan stated, “Fred’s comments were on-point. Later in life, men can afford to date the young beauty because most are more financially set to do so. While men like to believe these women date them because of their sparkling personalities and handsome good looks, the odds are (albeit rarely admitted) it is because of their financial generosity. (Rarely seen is a young model dating a poor older man.)

“I’m in my late 50s and extremely active. However, more and more of my women friends are embracing a more sedentary lifestyle. I am fortunate to currently date a man who is youthful and active.

“I know plenty of women in their 50s who are active and attractive, but will never be able to compete with women in their 20s or 30s, so the age discrepancy occurs much earlier than the ages suggested by Fred.”

Tom Blake is a Dana Point resident and a former Dana Point businessman who has authored several books on middle-aged dating. See his websites at www.findingloveafter50.com; www.vicsta.com and www.travelafter55.com. 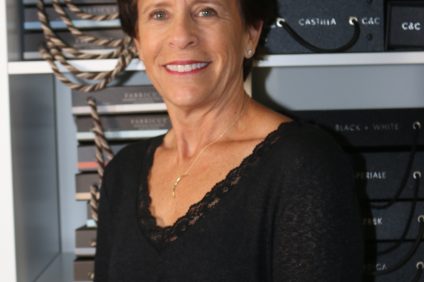