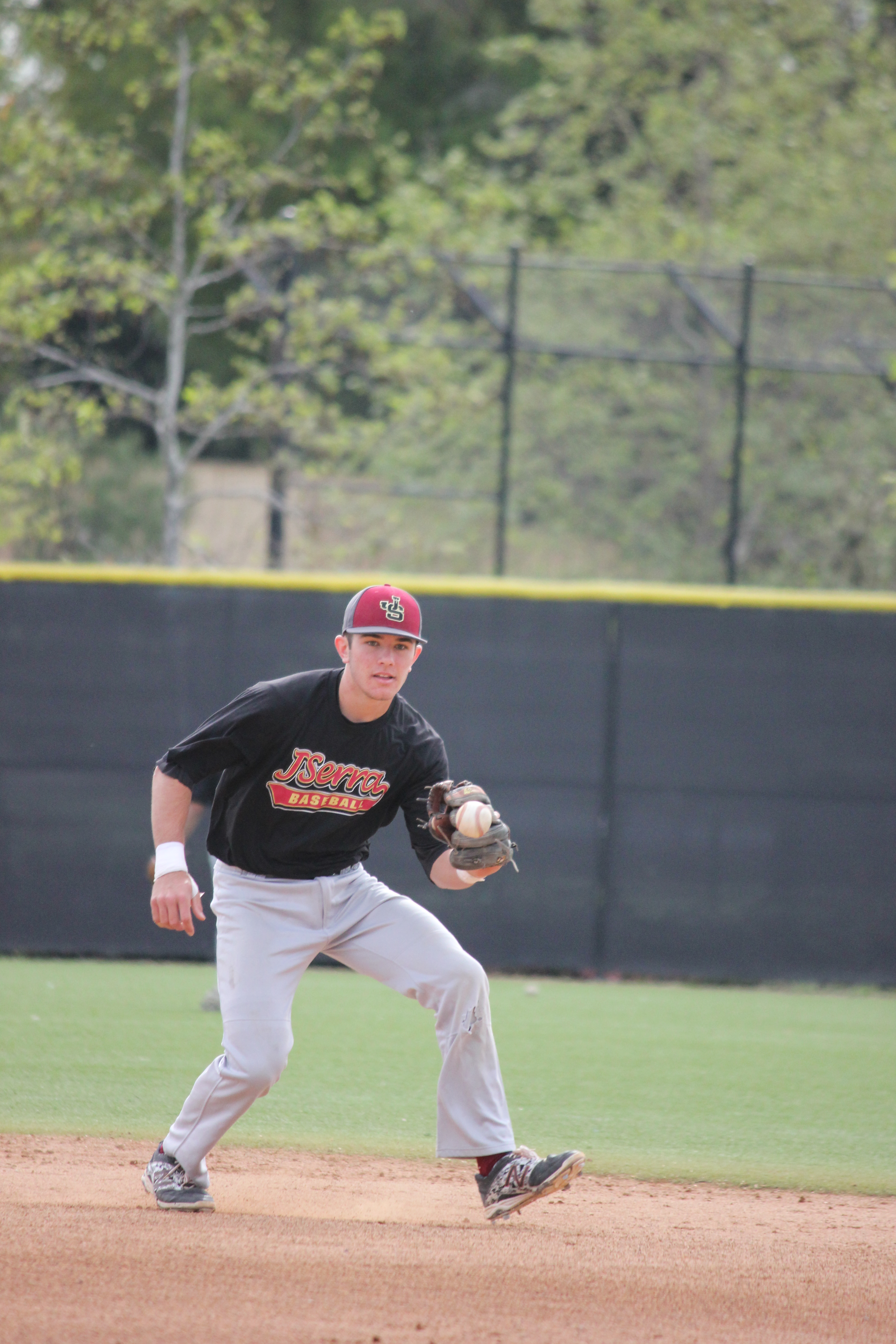 JSerra baseball head coach Brett Kay thought his team came out flat in their April 1 loss to Vista Murrieta in the quarterfinals of the Boras Baseball Classic. Playing host to some of southern California’s best teams at their home venue should have been enough to get the Lions fired up but instead, they were handed a 6-3 loss.

Two days later, the Lions took no time getting off to a quick start, as their offense erupted for seven runs in the first two innings, propelling them to a 9-7 victory over San Dimas.

JSerra will now play Valencia on April 5 in the tournament’s consolation bracket to determine the fifth-place finisher.

The Lions (9-2, 3-0 league) sent 10 batters to the plate in their pivotal second inning. After Junior Ryan Pena hit a two RBI double, junior second baseman Christian Molfetta drew a walk, setting the table for the top of the order. Five consecutive base hits followed, including back to back doubles by seniors Parker Joe Robinson and Stuart Rough that scored three runs to give the Lions what looked like a commanding 7-1 lead.

But the JSerra pitching staff could not capitalize on the big lead they were given.

Freshman starter Jack Owen was chased from the game after two innings and the Lions used two more pitchers to seal the win, giving up 12 total hits and five walks.

San Dimas narrowed the gap in the third inning on a two RBI single by junior Jonathan Longtin and an RBI single by senior starting pitcher Michael Starns three batters later to cut the lead to 7-5. But two more Lions runs in the fourth padded their lead and put the game out of reach.

The Lions had plenty of offense, but with three Trinity League games against Mater Dei, Orange Lutheran and Santa Margartia on tap for next week, Kay said the team will be focusing on their pitching effort in the days ahead.

“I thought we had good at bats, we had some good approaches. We didn’t give up too many at bats but it was just enough,” Kay said. “The bottom line is, we have to pitch better. I have a cause for concern right now with our pitching staff. It’s got to get better.”