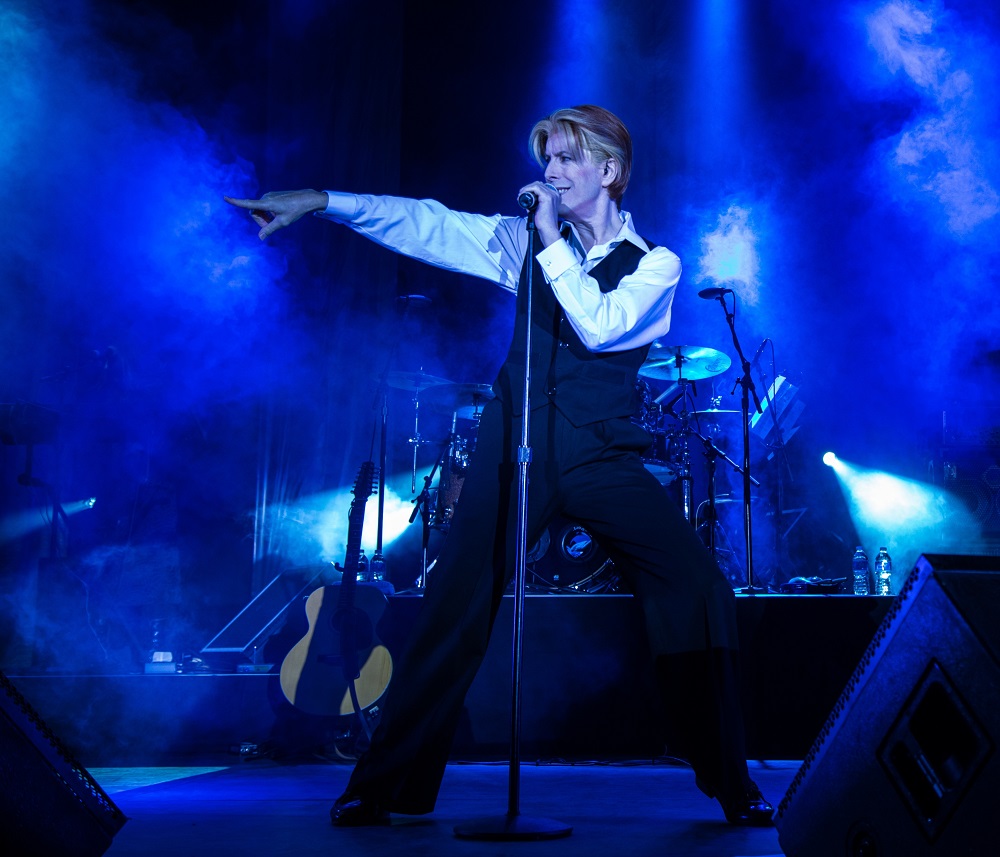 Visitors to The Coach House in San Juan Capistrano on Friday, Nov. 2, will be able to experience what it’s like to go to a David Bowie concert when musician David Brighton – a longtime Bowie tribute artist – takes to the stage and performs a litany of songs.

David Brighton’s Space Oddity will take visitors through Bowie’s expansive and constantly transforming music career from the music he made before Ziggy Stardust to his more recent musical releases. He’ll dress and act as Bowie’s various personas.

In his early years as a musician, Brighton worked as a sideman, but it wasn’t long before he fell into his very first role as a tribute artist: playing George Harrison as part of a Beatles tribute show called “Twist and Shout.”

Brighton would go on to play Harrison in a number of bands for about five years before deciding to do David Bowie.

After all, he said, it didn’t appear that anyone else was doing Bowie tributes, and he and Bowie shared some similarities.

“One of the complaints I got from the labels is I sang too much like David Bowie,” Brighton said with a laugh.

Brighton joked that when he tried to sound different, people at the record labels said he sounded just like Bowie, if Bowie were trying to sound like someone else.
So Brighton embraced his similar sound and began to craft his act.

“I started getting costumes made and studying the videos, studying the records, studying everything on Bowie for actually a number of years before I even did a gig,” Brighton said.
In 2001, he began touring. It wasn’t long before he began amassing audiences across the country and around the world. He’s performed all over the United States as well as Canada, Mexico, Australia and Europe. He’s performed with a number of notable artists, including Morrissey, Elton John, Stevie Wonder and Chicago.

Brighton is a fan of Bowie’s music, of course, and particularly enjoys the albums he put out through the ’70s.

“Initially it was the songwriting,” he said. “When I first started hearing his songs on the radio, particular songs, it stood out to me as being vastly different than anything I ever heard,” he said.

Brighton said it wasn’t just Bowie’s lyrics that made him unique, but also his melodies and chord structures.

“In a world of imitators, here was this absolute individual,” he said.

As Brighton’s act grew, he got to meet the famed artist. The two starred together in a commercial for Vittel mineral water. He said he remembers Bowie being the “Perfect English Gentleman.”

“He was very gracious and humble and also the consummate performer in that experience,” he said.

Brighton said he has enjoyed the experience of being able to capture Bowie’s theatricality and play some of his greatest songs before audiences.

“It’s been remarkable because, obviously, it’s great music,” he said. “It’s lasted all these decades and it’s got artistic integrity. Bowie was such a game-changer.”
Tickets to go see David Brighton’s Space Oddity at The Coach House are $20. Doors open at 6 p.m. and the concert starts at 8 p.m. on Friday, Nov. 2.