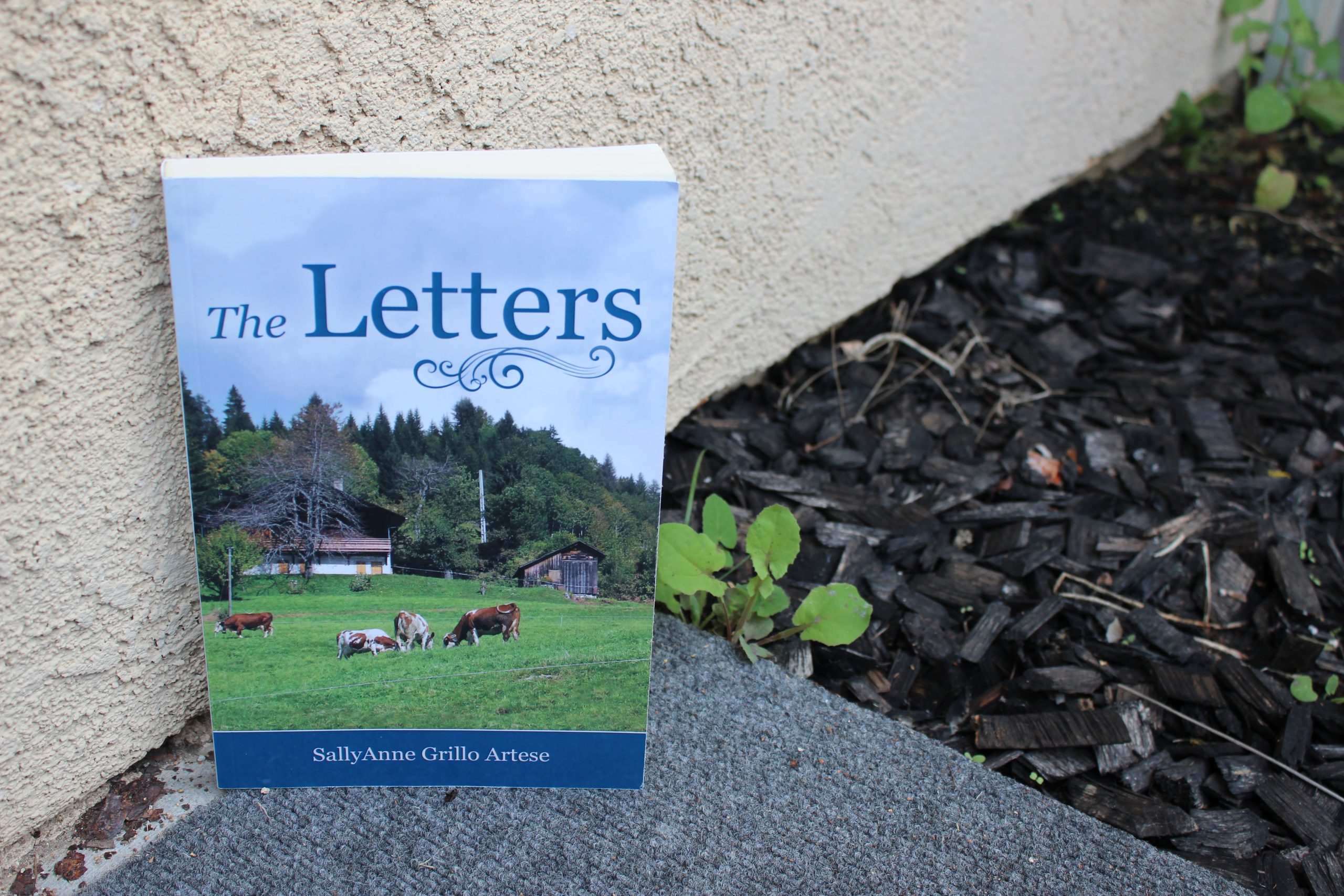 San Juan Capistrano-based author Sally Anne Grillo Artese lived in Europe as a child when World War II broke out—memories she drew on for her self-published book The Letters, documenting the era and the twists her life took since then.

Her mother, an American, and father, a Frenchman, met in Paris before the war began. They fell in love, married, and began a family. Little did they know they would soon be on the run as mortar fire broke out during the global conflict.

“They found themselves refugees with a family,” Artese said.

The family—which included Artese and her siblings—kept trying to find a safe place, including southern France. Needless to say, it was difficult for the adults to raise a family, let alone survive.

They eventually moved to the Alps, where they had a farm with sheep. Her mother learned to spin wool and knit, while her father educated himself on farming.

Artese’s book is based on journals her mother kept while the family strived to stay alive during the calamity.

“It’s a really a chronicle of average citizens rising to the challenge of survival, in a tough way,” Artese said.

Eventually the family made their way to America, which is chronicled in the latter half of The Letters. As Artese puts it, that’s where more personal history comes in after the war ended. Her father was an architect and eventually became a professor at the University of Notre Dame.

In 1952, her mother discovered her father was gay. Her father lost his job and moved back to France. Artese never saw him again, and part of “The Letters” is about her attempt to reconnect with him.

Artese said her father was hard to pin down, while her mother wanted to establish roots.

“What his secret life all about?” Artese said. “I had to write the book. I had to get it out my system.”

While spending time in France was “quite an adventure,” Artese grew up being “very, very American.”

“We didn’t understand any of what was going on or why things were the way they were,” Artese said of how she and her siblings processed growing up during wartime.

Artese eventually made her way to California, first in Laguna Beach and for a second time now in San Juan Capistrano by way of Seattle. She lives in San Juan with her second husband, who she has been married to for 40 years.

Her younger brother assisted with getting the book published, and the people who have read The Letters have reportedly enjoyed it.

The Letters is available for purchase on Amazon and other online book retailers.

“I’ve been stewing about this for 10 years,” Artese said.