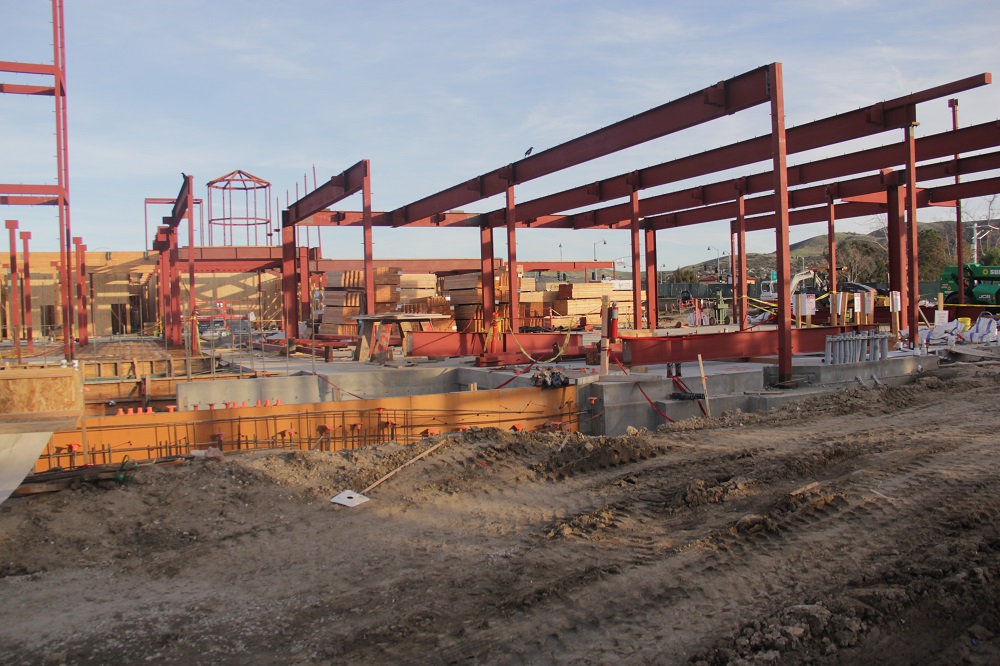 The local group, Save Our Mission Foundation, is continuing to challenge the city’s approval of design modifications to the Plaza Banderas Hotel project, also known as the Inn at the Mission.

On Feb. 4, the group filed a lawsuit alleging the city failed to comply with the state’s environmental review process when it approved a handful of site modifications that developer Mission Commercial Properties proposed to the hotel last year.

The latest lawsuit is the second case the city is facing from the same group, as Save Our Mission also filed a similar lawsuit regarding the hotel project nearly a year ago. The first case, according to City Attorney Jeff Ballinger, is currently undergoing discovery and pre-trial motions.

Save Our Mission’s first lawsuit stems from other modifications that were approved in early 2018.

In February of last year, the city’s design review committee (DRC) determined that a revised architectural design for the final construction plans of the hotel’s three buildings was consistent with conceptual design plans the city approved in 2011.

Save Our Mission challenged that approval by filing an appeal to the city in March. The city council denied that appeal, prompting the group to file its first lawsuit.

The Plaza Banderas, currently under construction, is set to include a nearly 75,000-square-foot hotel with 124 rooms, as well as retail and commercial space for restaurants and private offices. Local developer Bill Griffith owns Mission Commercial Properties, which is referred to as “Applicant” in the new lawsuit.

Save Our Mission, represented by San Juan Capistrano resident and activist Steve Behmerwohld, is claiming that the changes contradict the project’s Environmental Impact Report (EIR) that the city certified in 2010. Such changes, the lawsuit also alleged, will result in “new or different substantial environmental impacts” under the California Environmental Quality Act (CEQA).

The group is asking the court to direct the city, which is referred to as “Respondent” in the lawsuit, to rescind its approval of those changes as they didn’t undergo a new environmental analysis.

“The public interest will suffer from Respondent’s failure to comply with CEQA, its procedural due process requirement, and Respondent’s land use regulations and the agreements previously entered into regarding Plaza Banderas,” the lawsuit states.

“This was a fully approved project with an EIR,” Friess said.

According to Ballinger, the group had until Dec. 11 to file the new lawsuit as it is supplemental to the initial suit Save Our Mission filed last April. Ballinger believes the missed deadline “will be fatal to their case.”

He also disputed the group’s claim, stating that it “lacks merit.”

“I believe that the substance of their lawsuit lacks merit. The modifications that were approved in November do not substantially change the nature of the project that was originally approved by the city council,” he said.

Friess also said he believes the latest lawsuit will get dismissed because the group passed the statute of limitations to file.

The city has previously argued against the accusations, which the group initially raised in its appeal of the approval back in October. The following month, the city council unanimously voted to nix the group’s appeal.

“The Planning Commission found that there was no new potential for environmental impacts and the modifications were already covered by the current EIR,” the city report added.

Save Our Mission has also claimed that the developer continues to change the use of the hotel project through piecemeal modification submissions.

“There is no allowance that such plans can be submitted piecemeal to different committees, yet this is precisely what the Applicant has done,” the new lawsuit states. “On information and belief, Applicant has made multiple submissions since 2016 for modifications to the Initial Plan.”

The modifications, the group believes, would “either eliminate or substantially reduce the commercial/retail components” of the hotel and “replace that space with additional hotel space and hotel-related uses.”

Furthermore, Save Our Mission claims that the modifications “also included numerous changes in the elevations of the buildings, which block views to and from the Mission San Juan Capistrano, a historical site.”

In its November report, the city said there hasn’t been any piecemeal environmental review.

The certified environmental “analysis considered the whole of the project, including any reasonably foreseeable future consequences of the project,” the city report stated, adding that the changes “propose only minor site plan modifications.”

As of press time, no hearing date has been scheduled for the new lawsuit, but a court hearing regarding the April 2018 lawsuit is currently scheduled for March 25, according to the Orange County Court.

This story has been updated to correct Ballinger’s statement regarding the deadline for Save Our Mission to file the lawsuit.