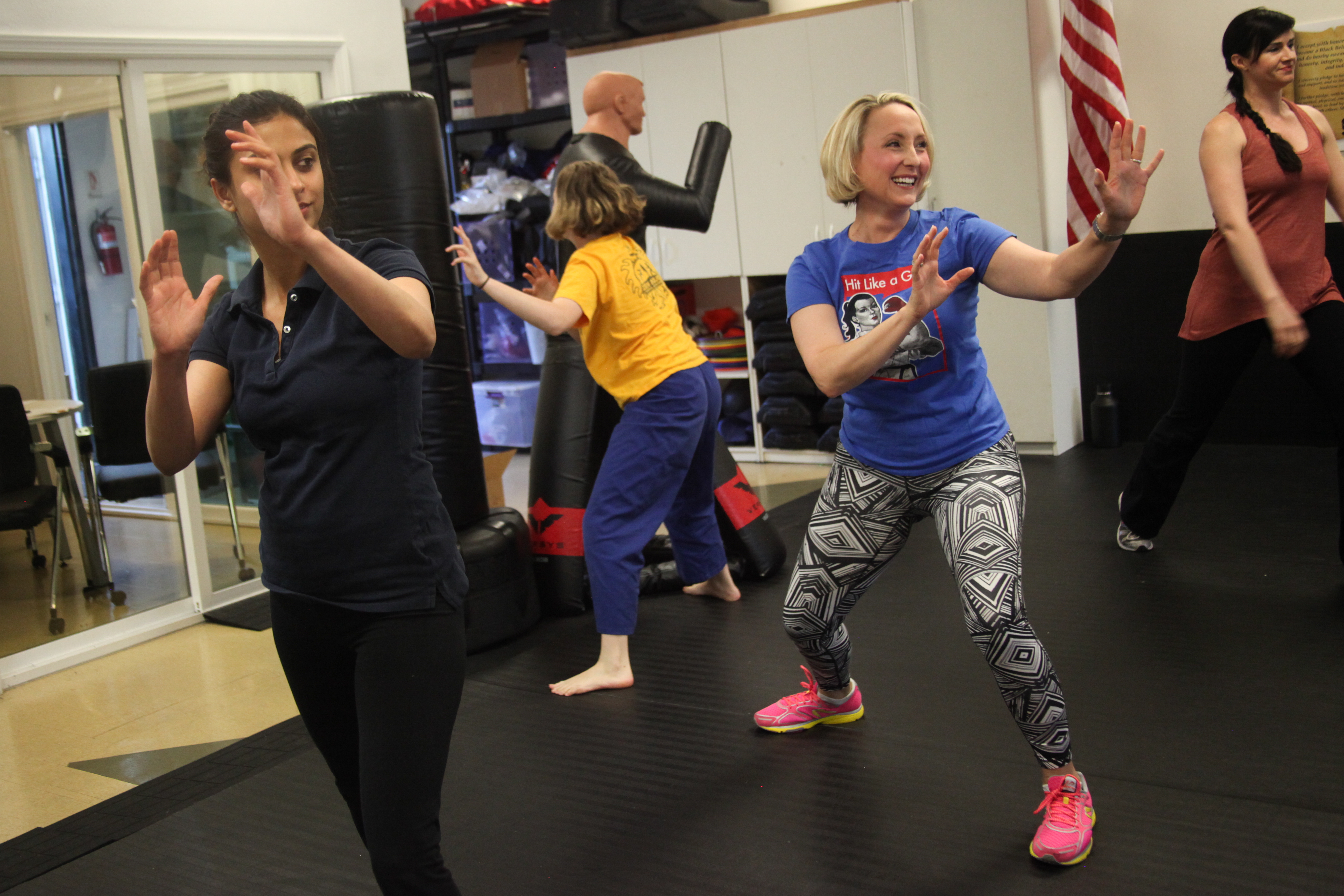 Photos and text by Allison Jarrell, Video by Steve Breazeale

On a recent Thursday evening in San Juan Capistrano, a group of women gathered at a martial arts studio—many of them for the first time—to learn about how to protect themselves in dangerous situations.

The women practiced springing up from the ground—always moving away from an attacker—and learned a variety of basic strikes, blocks and kicks.

Karen Fulco, of Aliso Viejo, said it was her first time taking the class, and she didn’t regret it.

“It was very empowering” she said after the course had ended. “It built my confidence. I’ll definitely come back again.”

Established in 1991, Zen Dojos Martial Arts Academy has been serving San Juan for more than two decades under the direction of Sensei Paul Benavidez, a certified Krav Maga instructor who teaches the free self-defense courses with the help of Sensei Ian Miller and Sensei Marco O’Campo.

The Krav Maga studio began offering the free 10-part series of self-defense seminars this summer with the aim of empowering women in the community. The classes are held every third Thursday of the month, and there are eight courses left in the series—the next one is on July 20 from 6:30-8 p.m.

Sensei Ian Miller said the hour-and-a half-long classes are geared toward beginners and include instruction for basic moves that will hopefully make women feel more confident in their daily lives. Miller said the benefits from martial arts and Krav Maga aren’t just limited to increased physical fitness—they often translate to an increased level of awareness, problem solving and reaction skills.

“We want to empower women to be able to recognize and deal with a threat before it escalates into anything physical,” Miller said. “You just never really know when it’s going to come into play. But the more you do it, the more ready you are for any kind of curve ball life throws your way.”

For more information on the free self-defense seminars, visit www.zendojos.com or call 949.240.6574. To RSVP for the next class on Eventbrite, click here.

Recently, the city of San Juan Capistrano was ranked #28 of the top 50 safest cities in California by SafeWise (the city moved up four spots from #32 last year). The organization utilizes FBI crime report statistics and population data to come up with its annual list, which can be found at www.safewise.com/blog/safest-cities-california.

While those statistics bode well for residents, data from the Orange County Sheriff’s Department shows that assaults in San Juan Capistrano rose from 34 incidents in 2014 to 62 in 2016.

“San Juan Capistrano, like many California cities, has seen a recent uptick in assaults,” said Lt. Scott Spalding, chief of police services for San Juan Capistrano. “It is my observation and opinion that many factors have contributed to the increase. One of the biggest factors appears to be the reemergence of illegal drugs (particularly methamphetamine and opiates) in our communities. In many of our assault cases, at least one of the subjects is suspected of being under the influence of an intoxicant. Fortunately, in San Juan Capistrano the vast majority of assault cases are not random.

“From a law enforcement standpoint, we advise people to avoid physical confrontations whenever possible,” Spalding said, adding that he recommends learning techniques that are simple and easy to remember and focus on: