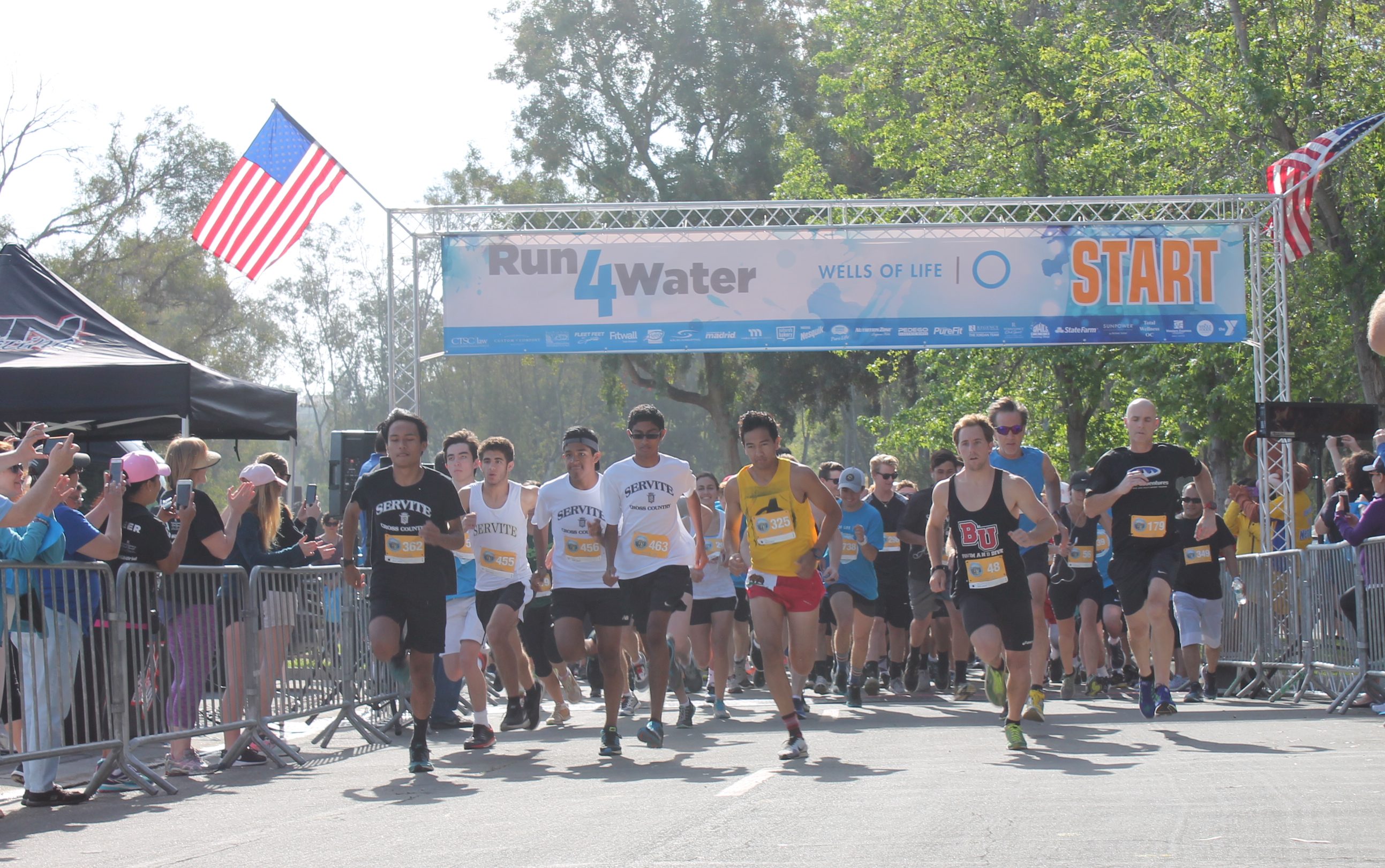 The start of the Run4Water 5K. Photo: Courtesy of Wells of Life 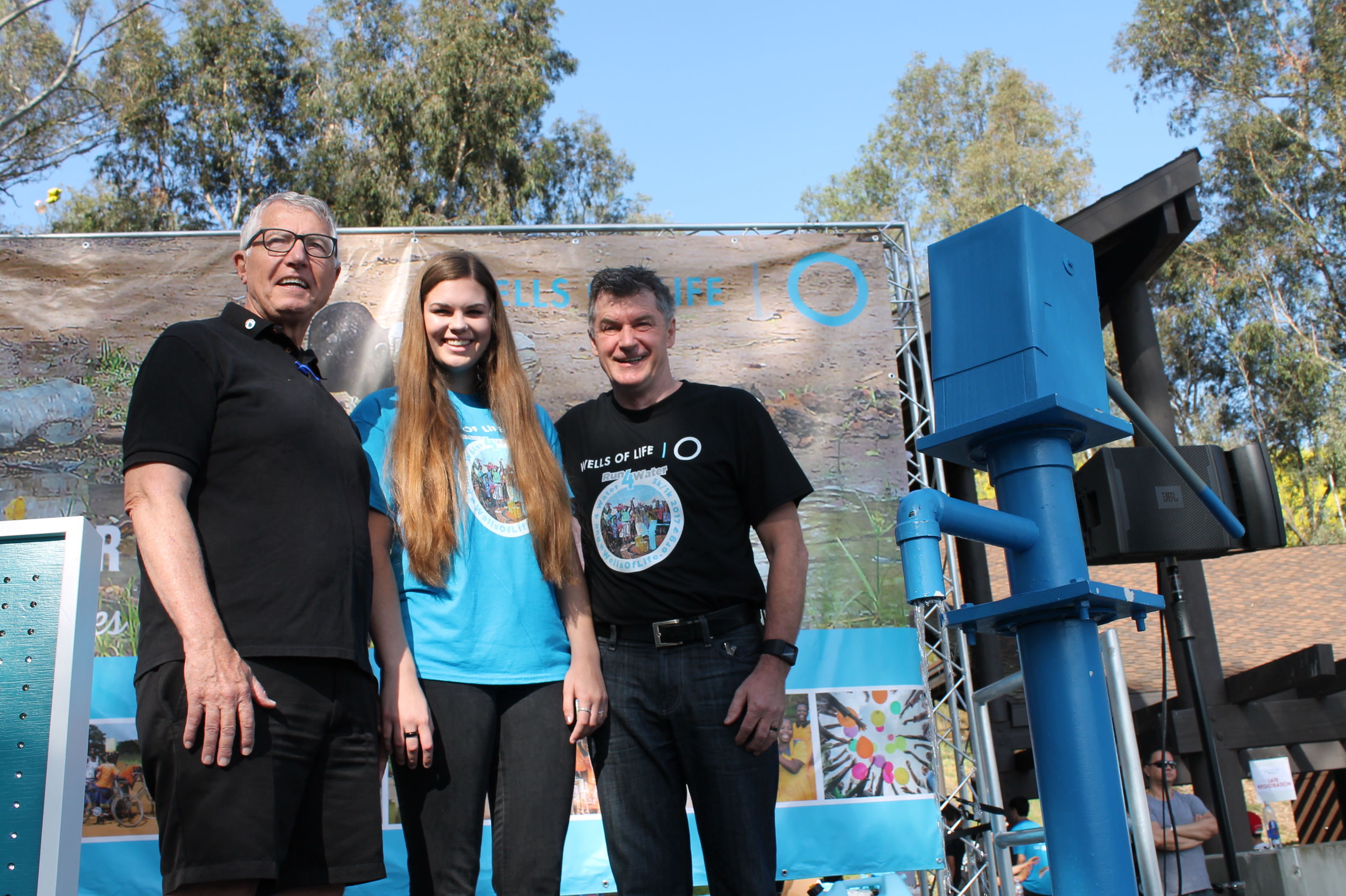 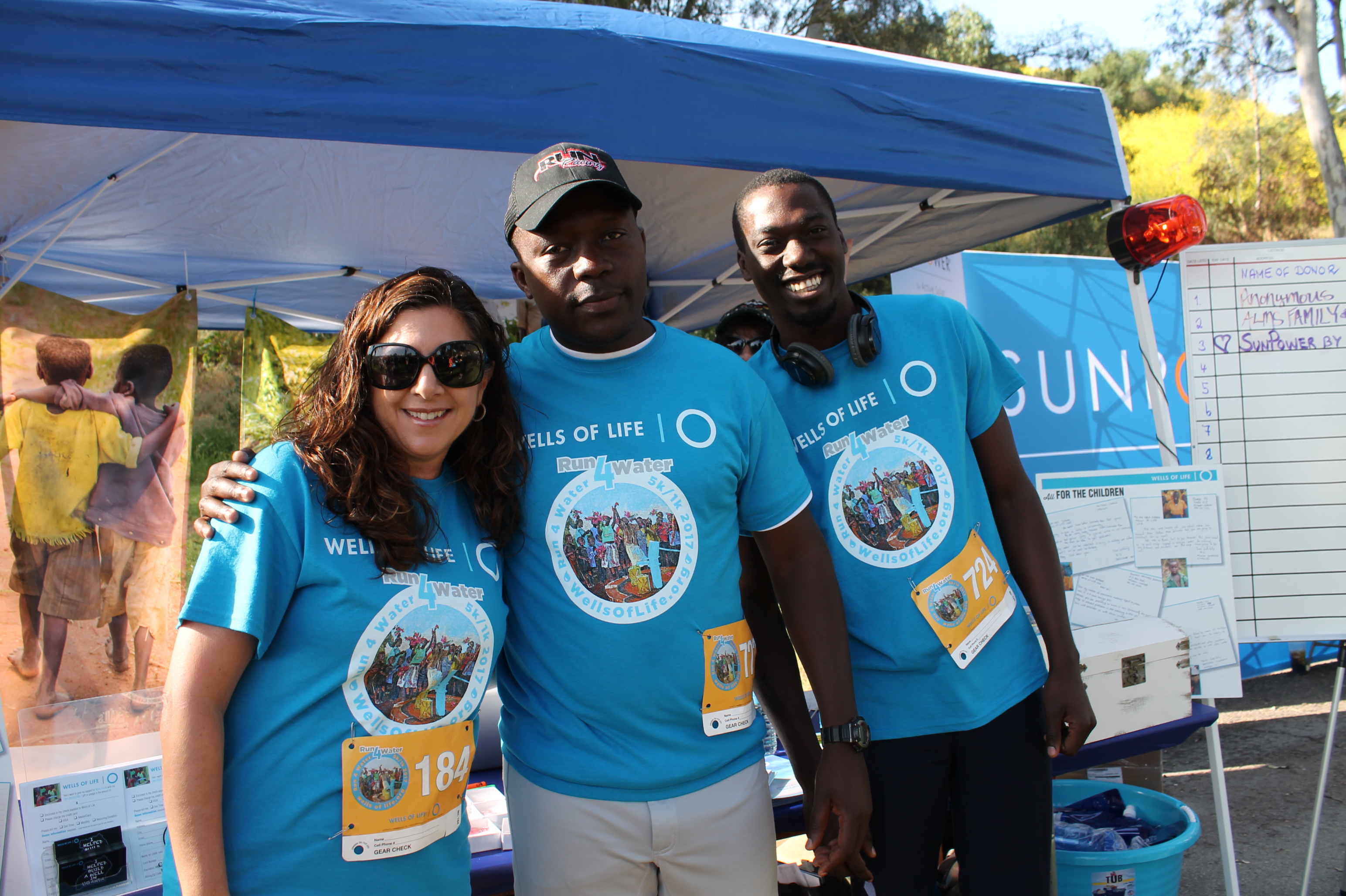 Wells of Life board member Michelle Jordan with Raymond Lule and Allan Simwogerere of Uganda. Photo: Courtesy of Wells of Life

A group of young students from Mission Basilica School and their mothers, known as the Precious Flowers, raised $9,003 for the event, making their team the third highest fundraising group.

“Today we saw a wave of generosity among hundreds of people that made up the Wells of Life community so that no one will lack clean water,” Jordan said in a press release.

The fundraising goal for each team made up of families, schools, churches and businesses was $6000, which funds one water well and provides clean water to 1000 villagers for an estimated 25 years. Wells of Life raises the overhead so that team donations fund 100 percent of the well production.