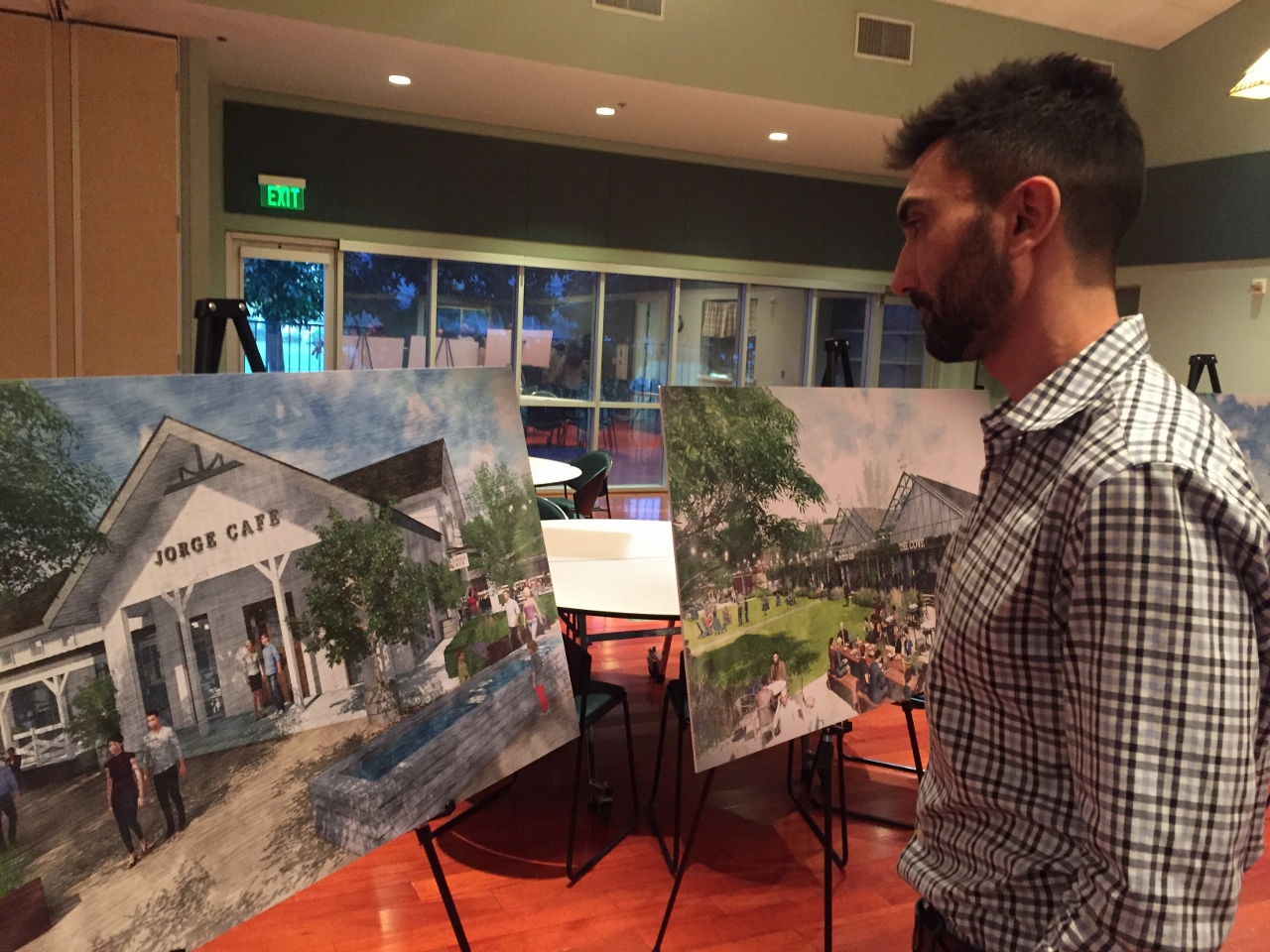 Around 30 residents gained information and gave feedback on the proposed River Street Marketplace development to city officials, developers and study contractors, at a public scoping meeting at the San Juan Capistrano Community Center on Jan. 24.

The scoping meeting was held to receive public input on the issues for the environmental impact report (EIR)—approved in November by City Council—for the River Street Marketplace proposal; which includes five buildings, a common area, pedestrian walkways and a parking lot of 280-plus stalls. The EIR, being prepared by PlaceWorks, Inc., is in its early stages of collecting public suggestions on areas to focus the report.

“We’re at the very beginning of the process and (the public scoping meeting) is to scope out the environmental issues that people are concerned with,” Nicole Morse, associate principal of PlaceWorks, said. “We’ve heard traffic is one of the issues, and what we’ll do is take all of these written comments, and at the end of public review period—which is at the end of the month—take those and scope out the EIR.”

The scoping meeting showcased new renderings of the proposed development, including a 3D model and video. Many attendees at the scoping meeting had positive feedback regarding the River Street Marketplace proposal, albeit some continue to have traffic concerns.

“I think that (River Street Marketplace) would be a nice addition to the neighborhood,” Mary Ann Davidson, who lives within walking distance from the proposed development, said. “Our concerns are getting out from Paseo Adelanto onto Del Obispo Street, but having additional parking away from the Los Rios (Historic) District would be helpful.”

Damian Orozco, owner of The Tea House on Los Rios, said he sees pros and cons to the proposed development.

“I think the idea behind (the development) is really good,” Orozco said. “Of course, there’s concerns of traffic, parking and also making sure it keeps with the Los Rios Historic District general feel.”

In conjunction of that “feel,” Orozco said he is interested in the possible tenants of River Street Marketplace and whether they will be smaller or family-run businesses.

“Los Rios is very mom-and-pop and that’s what I want to see maintained,” Orozco said. “What I don’t want is large corporations to come in.”

Janne Walker, who opposes River Street Marketplace and is involved with the recall of three city council members, said she came to the scoping meeting to learn more about the proposal and whether the information she’s heard about it is accurate. Walker’s main concerns of the proposed development are the rezoning of the land and a “growing pattern of overdevelopment” within the city, she said.

The next stage of the River Street Marketplace process is the Design Review Committee meeting in February, which will be open to the public, San Juan Capistrano Senior Planner David Contreras said.

“This is really the start of a lengthy process. There’s going to be several opportunities for public comment,” City Manager Ben Siegel said.

The city will continue to welcome public input regarding the EIR within the 30-day comment period, which began on Jan. 12 and ends on Tuesday, Feb. 13. Comments or questions on the proposed project can be directed to Contreras at dcontreras@sanjuancapistrano.org.