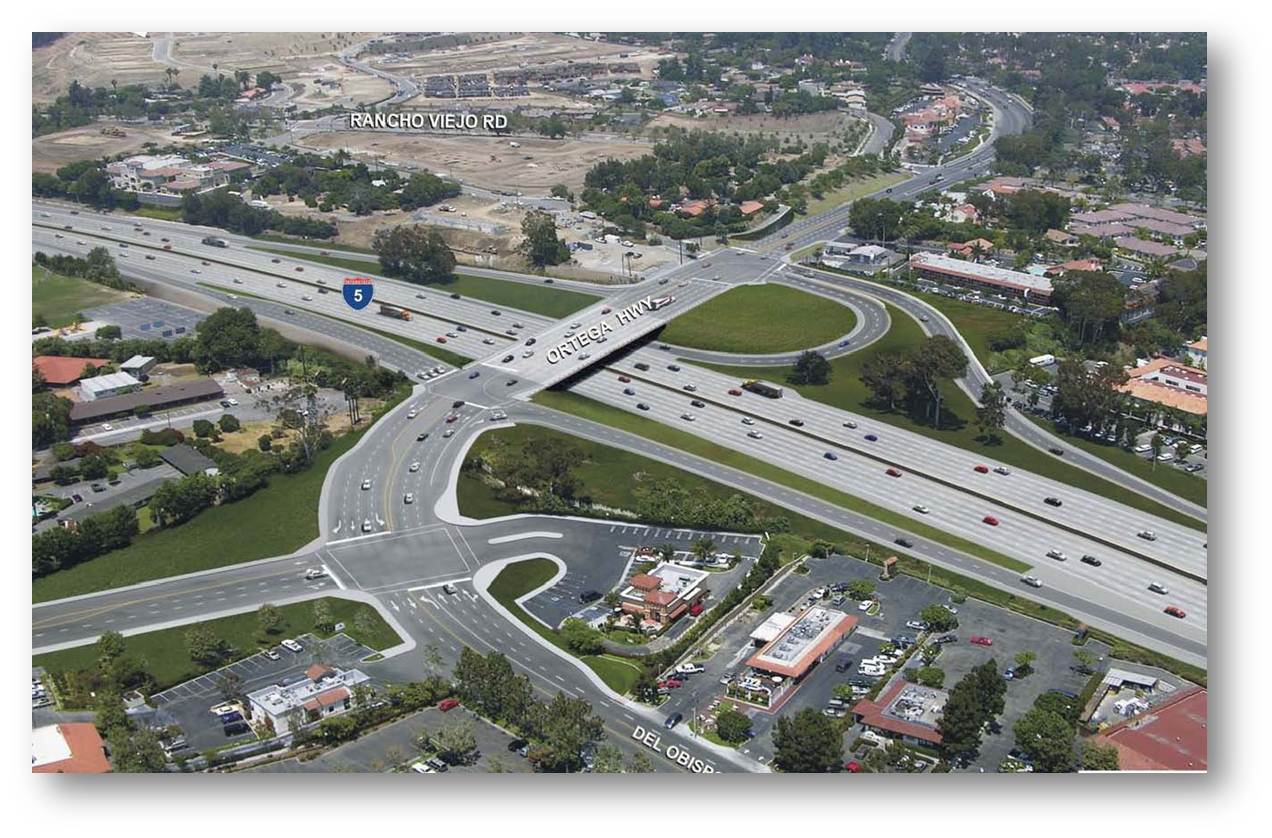 While motorists have had to endure narrow lanes and slowed traffic during the Interstate 5/Ortega Highway interchange project, major long-term closures are still looming.

Four long-term closures are scheduled for Caltrans’ $86.2 million project, which broke ground February 2013, in order to reconfigure on- and off-ramps and approaching streets.

Starting in early to mid-August, the northbound I-5 off-ramp at Ortega will be closed for three weeks to allow construction crews to realign the ramp and accommodate a new loop on-ramp. The new northbound off-ramp will be available for use in early September.

The southbound on-ramp at Ortega will be closed for six weeks, starting in late August or early September. During that time, crews will realign and widen the ramp.

In mid-September, Ortega Highway, starting from the bridge to Del Obispo Street, will be closed for three weeks. Crews will be realigning Ortega to curve into Del Obispo. No pedestrian access or westbound traffic will be allowed over the bridge during this time.

For four weeks, traffic from El Camino Real to Del Obispo will be reduced to one lane in each direction as crews continue to realign the area and relocate utility structures.

The project is expected to be completed in late summer or early fall of 2015, according to Caltrans.

While work on the southern half of the bridge is complete, work will now begin on the northern side.

For more information on the project, including updates and detour routes, visit ortega.dot.ca.gov.