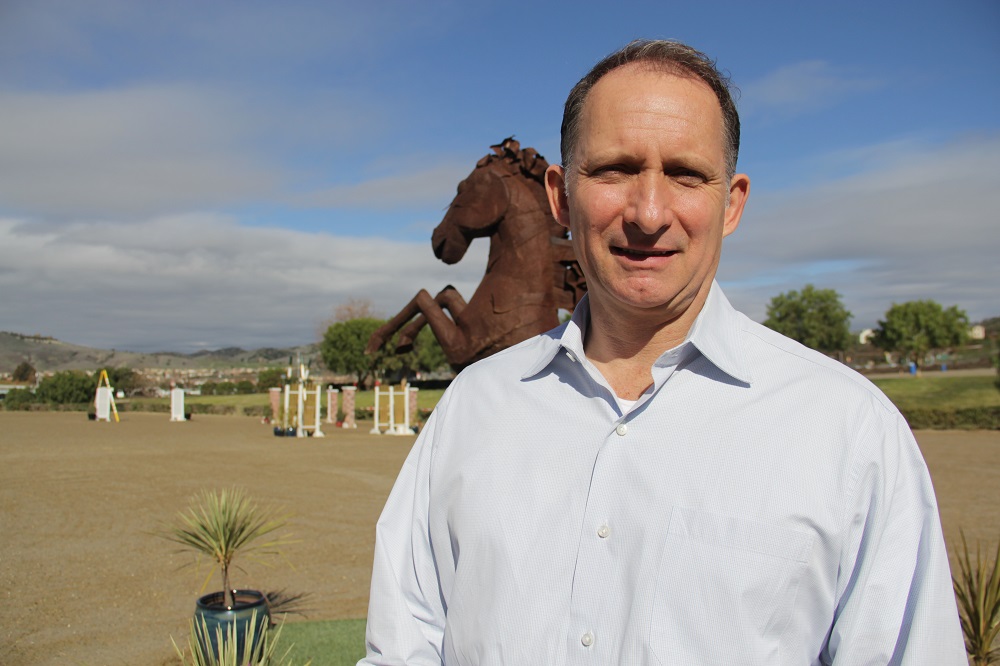 The coming year will ideally be one in which the city of San Juan Capistrano can achieve “fiscal certainty” through business diversification, Mayor Brian Maryott hopes.

As the city’s newly appointed mayor for the next year, Maryott would like to diversity San Juan Capistrano’s revenue stream from sales taxes, which he noted currently relies heavily on auto dealerships.

“We are very dependent on our auto dealerships for revenue,” Maryott said. “It’s an inordinate share of annual recurring revenue . . . and I think it will be helpful to our city to diversify our revenue streams.”

During the City Council’s Dec. 10 meeting, councilmembers voted unanimously to appoint Maryott the new mayor. He previously held the position of mayor pro tem under Councilmember Sergio Farias, then mayor.

Maryott explained that the while the auto dealerships have been wonderful for the city, those businesses get most revenue from the services sections, rather than from the sales of vehicles.

“Auto dealerships are getting a higher and higher percentage of their revenue from the service parts of their dealerships, which doesn’t do a lot for us as a city in terms of sales tax,” Maryott said. “We need car sales. So we’d like to see that dependency, at least as a percentage of the budget, diminish.”

Some of the business and revenue diversification Maryott would like to see could be achieved as a result of the City Council approving the Luxury Hotel Transient Occupancy Tax (TOT) Revenue Sharing Incentive Program.

Hotel and motel operators remit 10 percent of their revenue collected from room rentals to the city every quarter. The program is meant to entice luxury hotel developers to build in San Juan Capistrano, generating revenue for the city.

Under the program, developers who construct 4-star or 5-star hotel development projects can receive a tax reimbursement from the city via TOT revenue over a 10-year period. Existing hotels seeking to upgrade to 4 or 5 stars can also qualify for the incentive program, The Capistrano Dispatch reported last year.

“We’re pleased to see one of the two proposed luxury hotels get underway,” Maryott said, referring to the Plaza Banderas Hotel project. The hotel, also known as the Inn at the Mission, intends to split an entry driveway to allow traffic into and out of the hotel, move the location of a swimming pool and move the location of a parking area.

“It’s great to have the first one underway,” he said. “We look forward to Transient Occupancy Tax from the first luxury hotel, which would be substantial and ongoing, and regular and annual.”

The second luxury hotel project Maryott spoke of was a reference to the delayed construction of the Hotel Capistrano by Kimpton, which was recently acquired by O’Neill Strategic Investments. Maryott said he’s remaining hopeful that the Kimpton Hotel project can regain some traction.

Though the city council approved the construction of the 4-star, 102-room hotel and restaurant in the city’s downtown area on Camino Capistrano back in 2016, the project has been tied up in a lawsuit filed by Plaza Banderas developer Bill Griffith.

Griffith, who owns adjacent properties on Camino Capistrano, filed the suit against the city’s approval of the hotel, alleging that it was inconsistent with the city’s general plan and building allowances.

The Kimpton lawsuit stems from the city’s ongoing issues to resolve inconsistencies between the San Juan Capistrano General Plan and the Historic Town Center Master Plan (HTCMP), which was intended to create a pedestrian-friendly downtown and approved by City Council in April 2012.

Maryott acknowledged that the city’s litigation struggles within the business community and the HTCMP have stirred some pessimism among prospective developers looking to help with the revitalization in the downtown area.

“People, I think, view our downtown area, and city as a whole, as a hard place to do business or to do any development,” Maryott said.

In order to achieve fiscal certainty, attract more diverse businesses and change the perception of those wary of doing business in San Juan Capistrano, Maryott said he will use his new position to project strong leadership and a confident city council.

“I think part of being the mayor is you help set the tone and sort of help to create the perception of our leadership in the community and how that equals facilitating risk-taking in our community,” Maryott said.

“I think a council that brings a strong business mindset to the dais should be helpful in preventing some of that (litigation) in the future.”

Maryott also said “it will take the confidence of the council to rescind” the HTCMP while keeping some of the elements they believe worked well.

“We’ll want to see if we can keep maybe some of the best ideas within, and clean up the rest so we don’t have that ongoing conflict,” Maryott said. “And that’ll be helpful with the perception issue of doing business, or starting a business and developing in the downtown area, which right now is one of slight pessimism.”

The lawsuit, filed in U.S. District Court in July 2017, alleged that the Rancho Mission Viejo Riding Park contributed to pollution in San Juan Creek. Both the city and BFM denied the claims.

Under the terms of the settlement agreement, the city must fund $1 million in projects through the California State Parks Foundation, benefiting the San Juan Creek Watershed, and also pay $1.9 million to Coastkeeper’s legal and expert fees related to the lawsuit.

Maryott slammed Coastkeeper, stating the group “was looking to be opportunistic” and “came after the city and came after our world-class riding park on some perceived code violations.”

“I believe, and I don’t speak for the whole council, but I believe, it’s my hunch, my prediction, that this council will help me set a tone that this city will not become a soft target,” he said.

“Everything that I do as a mayor will be with an eye towards reinforcing that message and I think nowhere will we have a firmer spine going forward than when it comes to our equestrian businesses … I believe that if somebody comes at us again opportunistically, they will get both barrels. And I really believe that we will fight them on all fronts: in court, politically, and with regard to public relations.”

Before the end of the year, Maryott said, the city will have also successfully divested its business of running the community’s water and sewer utility – an endeavor, he said, that has cost the city and its residents millions of dollars.

“That business is a major wild card for our city,” Maryott said. “We went into the business decades ago with the notion that we could become self-sufficient running our own water and sewer company. It was, at best, an ill-advised decision; at worst, it was a disastrous decision.”

As a result of increasing costs and difficulty providing water and wastewater services, the city has been looking to transfer its Utilities Department to another agency since 2016. Moulton Niguel Water District, Santa Margarita Water District and South Coast Water District are currently looking to take over the utilities services.

Maryott told The Dispatch that he believes the best two agencies capable of handling the city’s water and wastewater utilities are Moulton Niguel and Santa Margarita. Those agencies, he further explained, have the “volume of business and economies of scale” and “are much better equipped” to properly run the utilities department.

Moving forward with utilities transfer, Maryott said there will be a public hearing on the issue and expects to hear a lot input from the community.

“Our residents will be much better off once we’ve exited the business. We made great strides last year,” he said, adding, “We are, in my estimation now, coming down the home stretch and I expect we’ll exit the business in this calendar year.”

This story has been updated to correct the name of the Santa Margarita Water District.