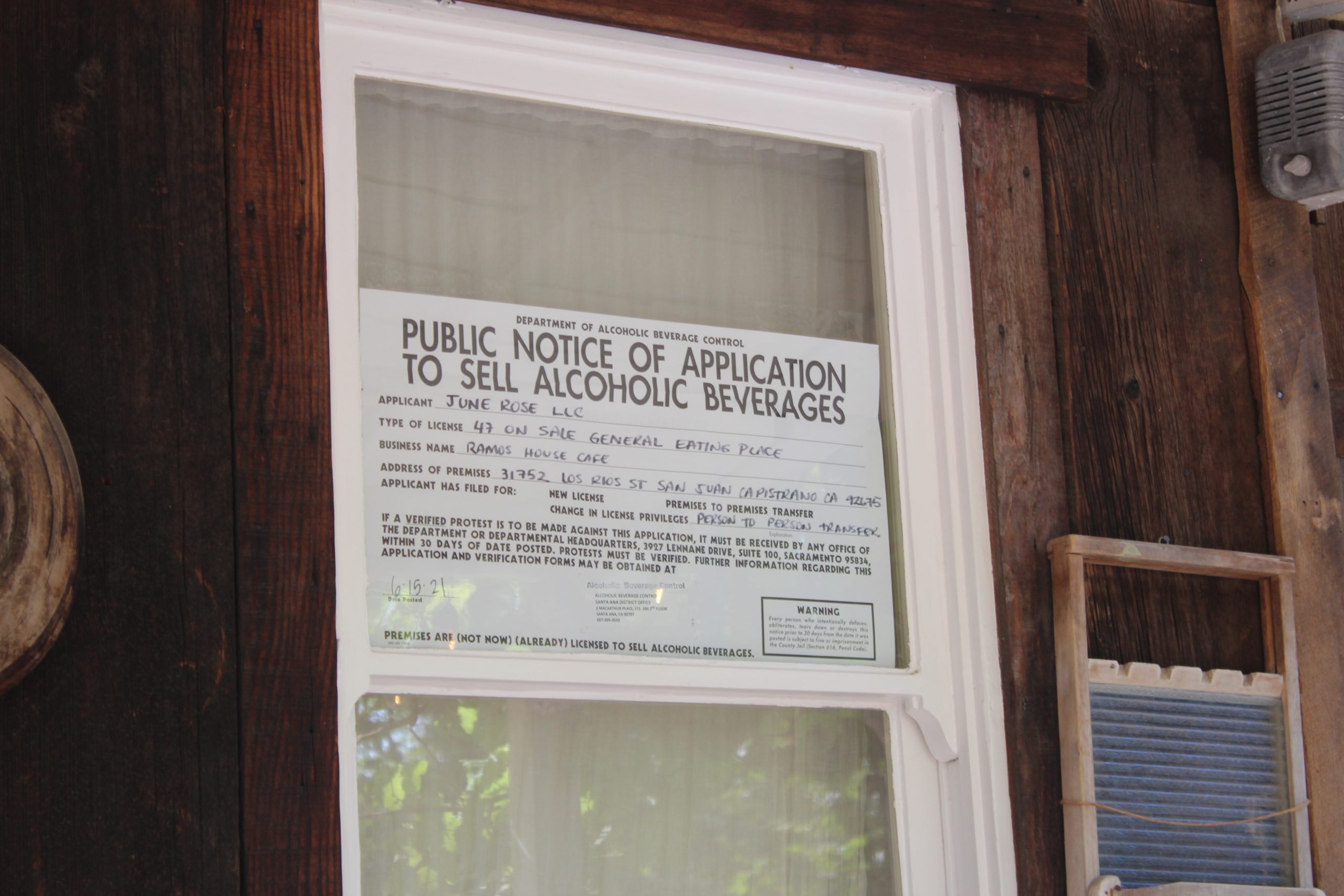 The Tea House and Ramos House Café, two restaurants on Los Rios Street, are now able to request an extension on their alcohol services from city officials—capping months of debate in the community on if they should be able to do so, and what the ramifications of such a decision could be.

The City Council approved an ordinance allowing the requests to move forward during a meeting on Tuesday, Dec. 7. The two restaurants were looking for a way to formally bring the matter before city officials for consideration—specifically, reinstating an accessory-use permit (AUP) process, which was removed from the Los Rios Historic Plan in 1999.

The AUPs for the two restaurants were approved in the 1990s and are considered legal, non-conforming uses. Owners and operators for the two restaurants have said they are making the request because they want to expand into dinner service and offer high-end cocktails, and are not looking to turn into bars similar to Swallow’s Inn. The AUPs under consideration are only for The Tea House and Ramos House Café, the only two places authorized to sell alcohol on Los Rios Street.

Staff recommendations made with the ordinance were to prohibit alcohol service past 10 p.m. and for alcohol licenses to be restricted to sit-down food use only. Damian Orozco, operator of The Tea House, has previously said he would like to have his last seating for The Tea House at 8 p.m. and everyone out by 9:30 p.m.

“There were probably, I don’t know, a dozen different options that we looked at—everywhere from everybody should be able to do it to let’s not do anything, which is what (Bourne) is advocating. Compromise, by its nature, makes nobody happy, and thus it’s hard to compromise,” Hart said. “Essentially what we’re being asked to do is take the two establishments that are able to sell alcohol until 5 p.m. and expand that—to liquor with one of them—and allow them to sell it until 10 p.m. We’re not adding additional sites that don’t already sell alcohol. We’re not saying you can turn yourself into a bar.”

The compromise leans more toward not doing anything than saying yes to everything, Hart said.

Bourne said Los Rios Street is not the right place for amending the rules as requested, and there is divided sentiment in the city.

“You have to run this test by you: Can we do it on your street next? If this is a residential district and your neighbor comes to us next month and says, ‘Is it cool if I get an exception to the zoning to do food and alcohol sales until 10 p.m.?’—and it’s your neighbor on your street asking us to come in and make that exception, are you OK with it there?” Bourne said. “Or would you say, ‘Whoa, I just bought this house on this cul-de-sac in a residential designated neighborhood, and I have certain expectations that you guys aren’t going to make exceptions to the code.’ But that’s what we’re being asked to do tonight, in a historic residential district, to make an exception to the code to allow this to go on until 10 p.m.”

Bourne also said there is a potential for perceived inequities when selecting who gets to serve alcohol and expand such service.

Resident Joanne Marquez said she is opposed to the changes and that there is not a need for spirits along Los Rios Street.

“There is no shortage of drinking establishments right across the tracks at the depot, so it’s not that anybody is going to do anything without,” Marquez said. “We don’t need to change the character of the street.”

Phillip Schwartze, who is representing the restaurants in their requests, said both applicants have been in business for many years and draw people to Los Rios Street.

“The actions of the subcommittee to allow them to both file some changes on their end would be very helpful to them,” Schwartze said. “All of them are good businesses. That’s what keeps things going.”

As for what’s ahead, the ordinance will have a second reading on Jan. 18 and go into effect a month later. The Cultural Heritage Commission will then review and make recommendations on the AUP applications on Feb. 22, after which the council will review and make a final decision on the applications in March.