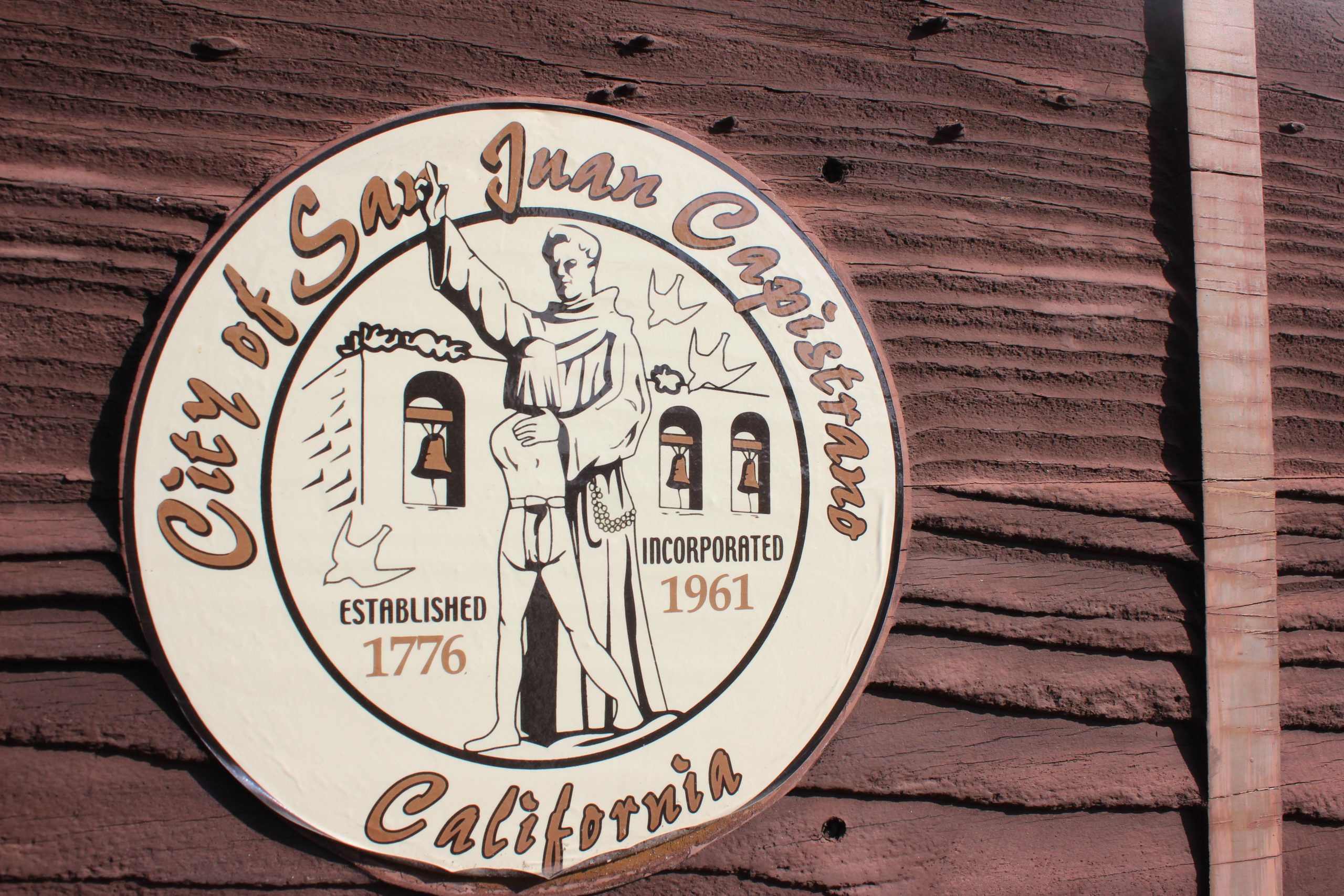 Details for what a potential new city seal for San Juan Capistrano could look like are currently up in the air, but one aspect that could be included is a swallow bird, given its association with the city related to their annual migration to San Juan and inspiration for the name of the big Swallows Day Parade celebration.

Mayor Derek Reeve is encouraging a particular type of swallow bird be included in a new seal design—specifically, the split-tale swallow.

The City Council approved Reeve’s recommendations during a meeting on Tuesday, June 21, by a 3-1 vote. Reeve, Mayor Pro Tem Howard Hart, and Councilmember John Taylor voted for the recommendation. Councilmember Sergio Farias voted no, because he did not want to set parameters on suggestions from the local community. Councilmember Troy Bourne abstained from voting on the matter due to similar reasons.

“I don’t want to limit the scope of what we’re getting from the public,” Farias said.

Discussion has come up with some San Juan residents over what type of swallow bird should be included in a new seal design, and whether fork-tail swallows are representative of San Juan. Some depictions of swallows, including one on a default design proposed by Bourne, do not show the bird having a split tail.

“For some reason, about five to 10 years ago, there has been this growing myth that the split-tail swallow does not actually exist in San Juan Capistrano. It is more of a myth than reality,” Reeve said. “I just wanted to again say—for the sake of the public, if anyone doubts—there are, in fact, split-tale swallows native to the region and San Juan Capistrano.”

The city is considering updating the town’s seal, which currently features Saint Junipero Serra—considered integral to the founding of San Juan Capistrano because of his role in establishing Mission San Juan Capistrano, a local landmark—hugging a young Indigenous boy, after Bourne and Farias initially brought up changing the design in December 2021.

The stated reason for changing the seal is because the current one does not show up well on a smartphone, and a more streamlined design would look better on such devices. However, Serra’s legacy has come under scrutiny in recent times due to his treatment of native people and perceived role in their genocide—matters alluded to during previous and tense discussions among councilmembers.

Reeve said Serra’s controversial history would not be discussed during Tuesday’s meeting.

The public is currently welcome to send in design recommendations. Other suggested details for a new seal include depictions of the Mission, the Juaneno/Acjacheman people who are native to San Juan, and the city’s equestrian culture. Discussion on a new seal design is expected to be presented to the city’s Cultural Heritage Commission in July for consideration. City staff will then formulate recommendations to present to the City Council in August.