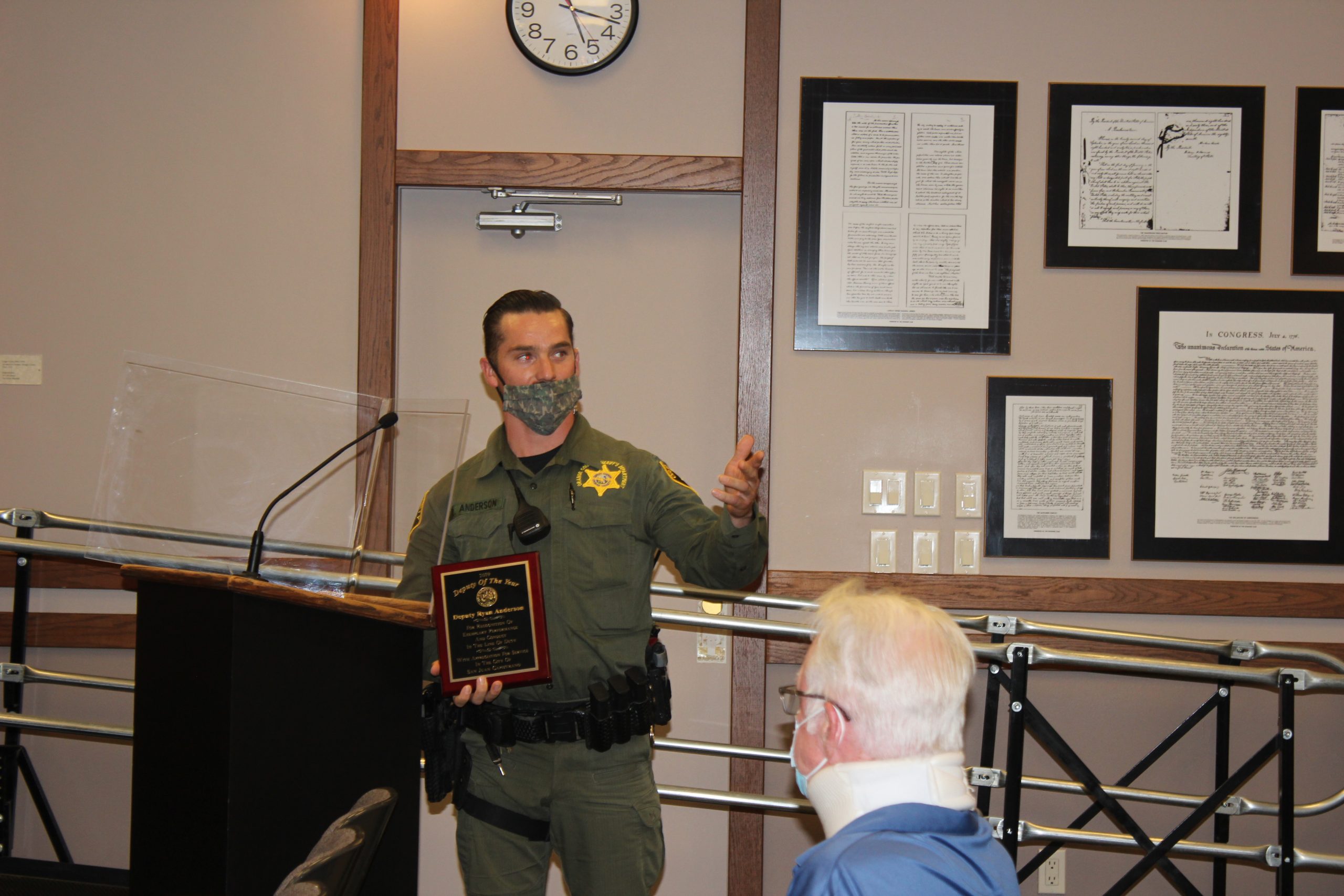 Anderson has been assigned to San Juan Capistrano since November 2016 and is “known for his work ethic and professional demeanor,” Bourne said.

“During this past year, Deputy Anderson was involved in many major incidents and investigations, ranging from drug-related case arrests, assault with a deadly weapon, successfully pursuing elderly and child abuse offenders, and apprehending wanted domestic violence suspects,” Bourne said.

Anderson thanked the city for its support.

“None of this would have been possible without all of my partners, some of whom are here right now,” Anderson said.

Unidos, CREER Comunidad y Familia, Serra’s Pantry, Family Assistance Ministries and the Church of Jesus Christ of Latter-Day Saints were recognized by Bourne under the Mayor’s Awards for helping people during the COVID-19 pandemic.

The organizations have distributed food and variously assisted those in need throughout the ongoing health crisis, working in collaboration with each other.

“I just want to say thank you,” Bourne said. “Thank you for spending time focused on other people in our community.”

CREER President Joe Soto said their volunteers have provided more than 35,000 boxes and bags of food, supplies and diaper bags during the past 29 weeks.

“The recipients have been families where both the husband and wife are no longer employed due to the pandemic,” Soto said. “There have been single-parent families. There have been college students struggling who were able to get something to eat.”

The next council meeting has been scheduled on Dec. 7.