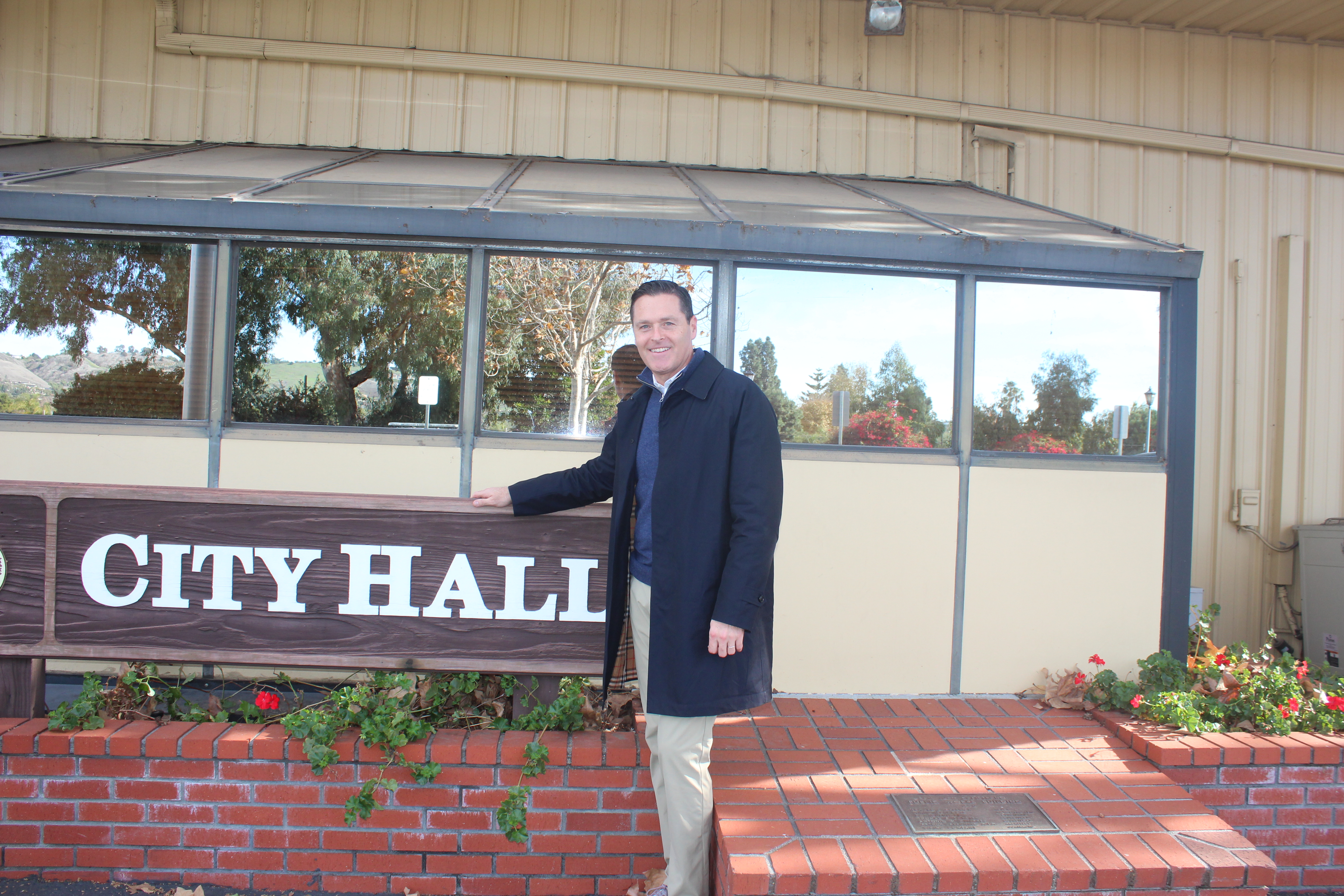 The excitement in Mayor Troy Bourne’s voice is clear when asked what the year 2020 holds in store for San Juan Capistrano.

Bourne, named the new mayor at a December city council meeting during an annual council reorganization, lists several projects as positive developments for the area. One of the first things Bourne points to is plans for the downtown area.

“The hotel, obviously, is going to open this year,” Bourne said, referencing the Inn at the Mission near Mission San Juan Capistrano. “People are going to be coming to downtown who either haven’t either been here in a long time or maybe even are coming here the first time because of the hotel. I’m excited that a lot of the things they are going to see is going to be our best foot forward.”

The hotel should provide a key financial resource for the city, which needs to thrive fiscally, Bourne said. People who stay at the hotel can also visit other downtown spots, which could create a beneficial chain effect.

“Even though we’ve had some hotels in town, they haven’t been located in the part of our town that people want to visit the most,” Bourne said. “I’m local, and I’ll stay there. I think a lot of people here in town are going to use that hotel.”

Improvements to Capistrano Plaza should be completed in 2020, according to Bourne. Those improvements will complement the Verdugo Street beautification process. Noticeable construction has been ongoing on Verdugo Street near the train station and movie theater. The Verdugo Street project will provide wider sidewalks, decorative brick pavers, enhanced lighting, landscaping and a more pedestrian-friendly gateway to downtown.

“You’re going to see Heritage Barbecue,” Bourne said, alluding to the new barbecue venue coming to downtown San Juan Capistrano that will replace the former Mission Grill. “Some projects like building a hotel are these huge capital deployments, tens of millions of dollars. Other things, like this grill, it’s a smaller capital deployment, but if it’s executed well, could be in a lot of ways really meaningful and impactful.”

Along with downtown development, Bourne said 2020 “will be the year when the skate park becomes real.” Residents have waited a long time, and frequently discussed the desire, for a skateboard park in San Juan Capistrano.

“I’d like to start construction in 2020 on the skate park,” Bourne said. “It might be a little bit different in terms of location and design than we had originally thought, but I’d like to start construction on it this year and not just more planning and noodling over it, but actually see the dirt start to mix so the community knows it’s coming. That’s one of the things we’ve told the community we’d like to do for a long time.”

The skate park taps into the alternative sports culture in San Juan Capistrano, and Orange County and can draw in people of all ages, Bourne said.

Other big projects include utility reorganization. The city is working to transfer utilities to the Santa Margarita Water District. The water district is constructing the Trampas Canyon Reservoir and Dam south of Ortega Highway on land acquired from Rancho Mission Viejo, with the goal of storing recycled water.

Another project in the works is the Putuidem Cultural Village at the Northwest Open Space.

“That should start construction this year,” Bourne said. “It may even be finished this year. That’s gotten a lot of media attention. People are excited about that. One of my priorities is making sure we also get some sort of vision of what’s happening around it and how we’re going to provide for it.”

The village will pay tribute to the Native American Acjachemen tribe on a portion of the Northwest Open Space. Features of the Putuidem Village will include entry wood gates, picnic tables, interpretive and directional signage, portable restrooms, and native plants. Providing a venue for people to experience and share that history in an appropriate, respectful way is important, Bourne said.

During a December city council meeting, Bourne and other city officials discussed safety at the Northwest Open Space, including how to keep kids safe considering the proximity to railroad tracks, reaching out to the Orange County Transportation Authority about such safety measures and the possibility of homeless encampments setting up in the area.

One project that doesn’t get a lot of attention but is something “that’s really already been given a vision” is the Ganahl Lumber relocation to the Lower Rosan property near Stonehill Drive.

“Right now, they’re parking a bunch of cars (in the location),” Bourne said. “That’s going to be developed as a commercial home improvement building center with lumber.”

The environmental impact report should be released in the first quarter of the year to give city officials opportunities to move forward on approvals.

“Another one that hasn’t gotten a lot of attention, but I think is pretty cool is the Groves affordable housing project on Junipero Serra Road, right across the street from the Silverado San Juan Capistrano Memory Care Community,” Bourne said. “That’s 75 senior affordable units. That project should start construction this year, not necessarily finished this year, but we’ll see that start.”

Bourne said he hopes construction on the River Street Marketplace will start in the calendar year, though it won’t be finished in 2020. Part of what’s helped projects come together is a level of support and collaboration for initiatives from the community, even when they disagree on various aspects, Bourne said.

“I think it’s going to be a really big year. I think this is definitely going to be one of those years that, people have been working for multiple years on some of these initiatives, and we’re just kind of fortunately in a position where—if we can do our job well—we can execute on some of our objectives but also on some of the objectives the community has had for a long time. We’re now in a position to see them completed,” Bourne said. “I think it’s going to be a uniquely busy year with a lot of accomplishments of things people wanted to see for a long time.”