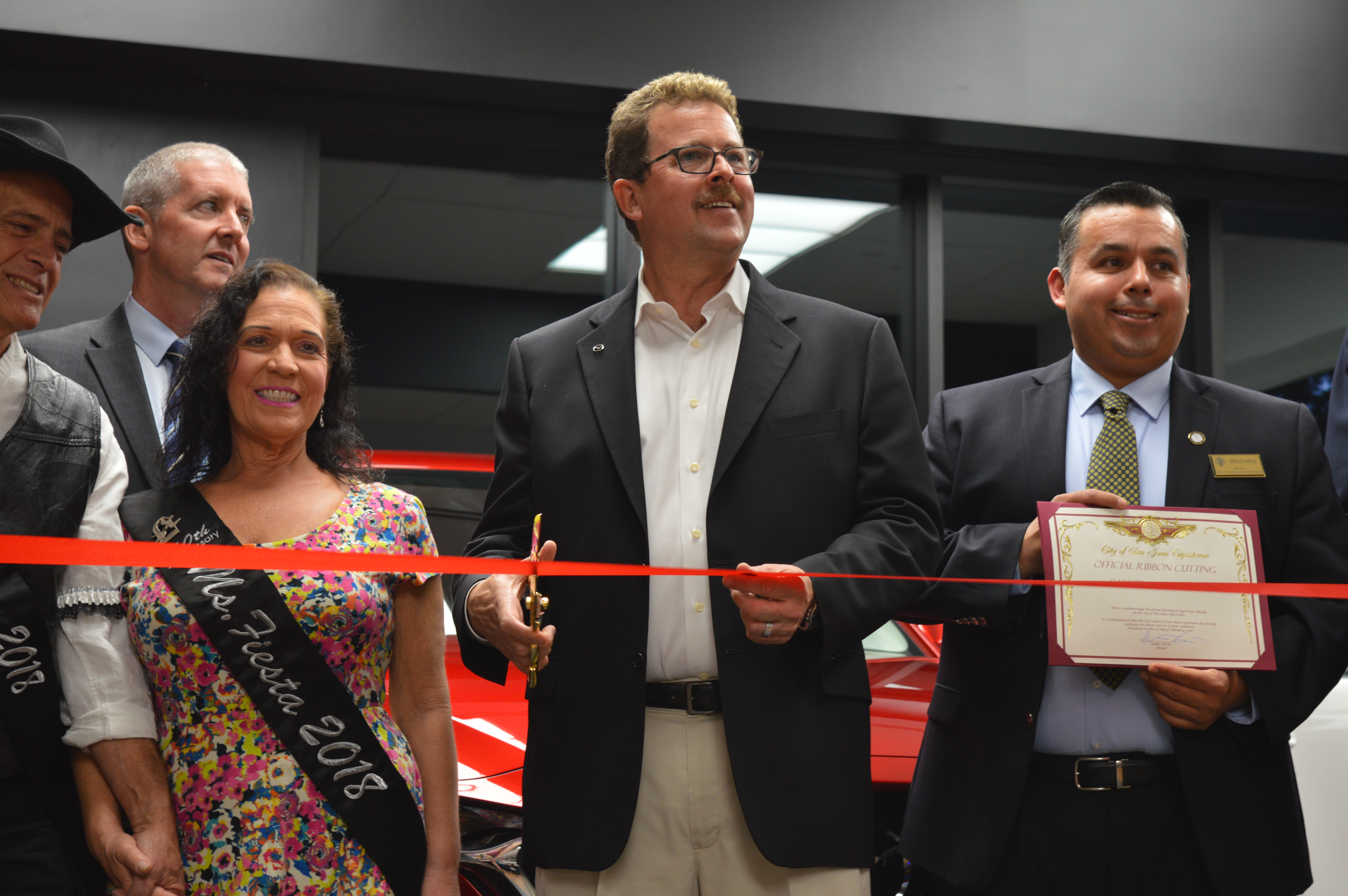 The San Juan Capistrano Mazda dealership unveiled its new retail evolution showroom at a ribbon-cutting ceremony at 6 p.m. on Feb. 1.

The showroom is the first of its kind to open in Orange County, with some 40 other retail evolution showroom’s freckled throughout the nation of the 600-plus Mazda dealerships nationwide. The San Juan Capistrano showroom features a contemporary design with modern features such as multimedia displays.

“The car dealers bring in such a big part of the sales tax (for San Juan Capistrano), this will bring in a new brand to town and they are doing it right with a new, great facility,” Miles Brandon, Mazda dealership co-owner, said.

Brandon said that the new showroom’s atmosphere reflects the values of the Mazda brand.

“Our cars keep getting nicer. It’s really sort of an alternative-luxury niche that we’re filling, so nicer than volume-brand cars, but a lot more affordable than luxury-brand cars,” Brandon said. “The showroom is all of the same materials, so the high-end look and feel.”

Another notable feature of the new showroom, Brandon said, is its sleek glass walls and doors, along with wood floor signatures.

At the ribbon cutting, the new blended with the old, with three Mazda racecars that aggrandized the showroom. The racecars, including a 1991 RX-7 IMSA GTO, will be featured at the showroom’s jewel boxes for the next week or so.

“Mazda is very rich in engineering and has a very rich racing pedigree,” Brandon said. “Any given day, the U.S. has more Mazdas race than any other brand combined.”

Tom Donnelly, vice president of Mazda U.S. sales, commemorated the grand opening of the showroom, which has been in the works since Mazda got the dealership in October 2015.

“Our U.S. headquarters is here in Irvine and I’m a San Clemente resident, so I get to drive past this beautiful facility every day,” Donnelly said. “Of the 40 or so (retail evolution showrooms) we have in the U.S., I think this is the nicest one yet.”

“Mazda is an innovative, cutting-edge company,” Farias said before the ribbon cutting. “We’re happy to have Mazda here in San Juan Capistrano, we’re on the map as a city that has a lot of car dealerships and I think this adds to the choices people have.”