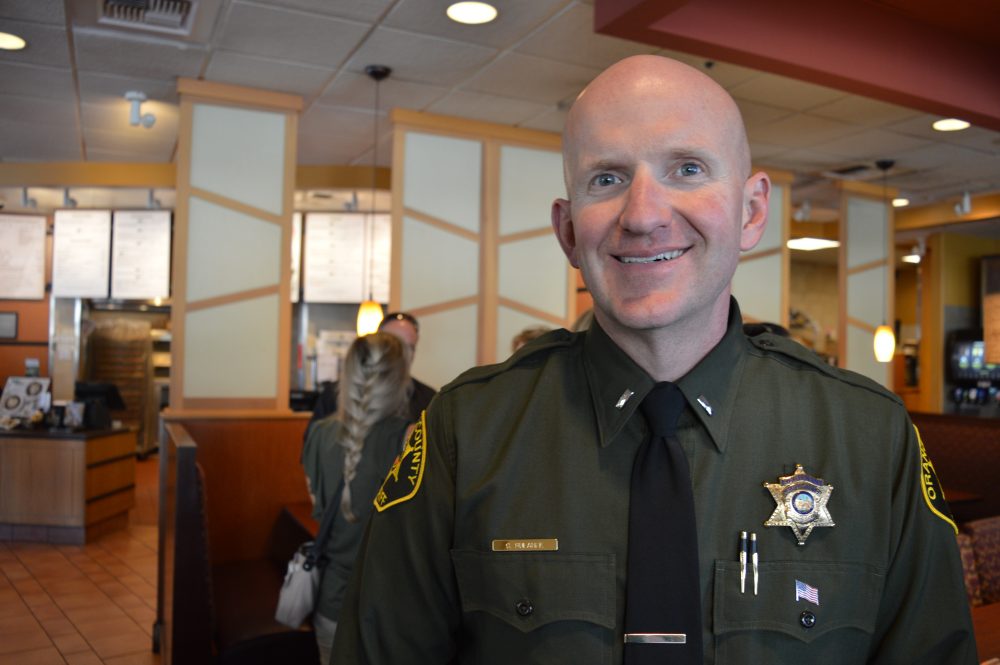 Lt. Carl Bulanek wasn’t planning on becoming a chief of police for the Orange County Sheriff’s Department until he caught wind that his favorite city had an opening.

Within his 23 years of service for the Sheriff’s Department, most recently working as an administrator in the Theo Lacy Jail in Orange, Bulanek got excited upon hearing rumors that San Juan Capistrano’s former chief of police, Scott Spalding, was going to retire. Once rumors were confirmed, Bulanek quickly jumped at the chance to work in the city that he calls his favorite hangout.

“This is the city that I wanted to work in, I feel very fortunate that I got this position since I frequent this place on the weekends,” Bulanek said, adding that he’s been to nearly restaurant in San Juan Capistrano. “I love the history of this town and the small-town atmosphere.”

Bulanek started his new position in November 2017 and is active in the community on-and-off the clock, he said. On the morning of Wednesday, Feb. 7, some 50 community members came to a ‘Coffee with a Cop’ event at Panera Bread on Del Obispo. Attendees ranging from local residents to Trauma Intervention Program volunteers came to discuss local topics with the 10 or so deputies who came.

Bulanek, who is from Southern California and currently lives in South Orange County, spent the majority of his patrol time with Sheriff’s Department in nearby Mission Viejo. Although Mission Viejo has a much larger team of deputies, Bulanek said he is very familiar with the layout of San Juan Capistrano, but also hopes to bring in a fresh perspective to the city.

“We don’t have 50 deputies like Mission Viejo. All of our deputies need to be very proactive and work together as a team, which brings a unique dynamic,” Bulanek said. “I’m excited for the opportunity (of being chief of police), there’s an amazing group of young deputies in this city and they’re very proactive. They do a lot for the amount of staff they have.”

In addition to routine calls for service, examples of proactivity within San Juan Capistrano’s deputies include working one-on-one with the homeless population and seeking out the consistent troublemakers, such as gang members or narcotics dealers.

“It’s a small city, our crime statistics have gone down over the last of couple years and I would like to continue that trend and continue to see the crimes decrease here,” Bulanek said. “Some of the issues we do deal with are not necessarily crimes, such as the state of homelessness in California is a big issue. It’s not a crime to be homeless but it can be an issue to the city.”

One of the methods San Juan Capistrano is tackling the homeless issue is having a dedicated deputy who goes out on the street and works regularly with the local homeless, trying to help them get in touch with resources and off of the streets. Although many of Bulanek’s duties as chief of police involve being a steward for the Sheriff’s Department and the city of San Juan Capistrano; it’s proactive, community policing like working with the homeless that keeps the city’s small team efficient, he said.

When Bulanek isn’t working, the father-of-two daughters said he enjoys spending time with family and friends.