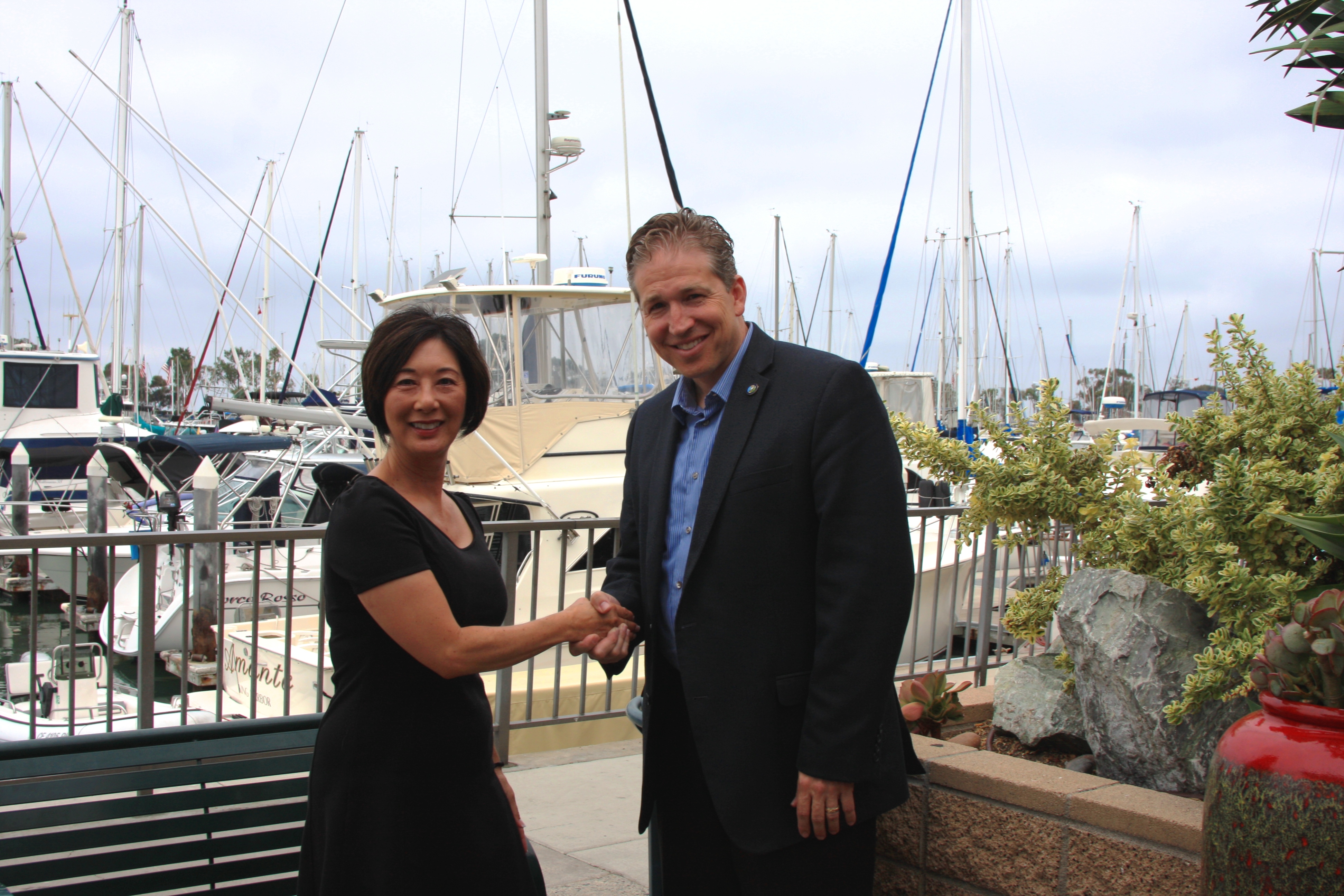 With Orange County Fifth District Supervisor Pat Bates terming out and making a run for the State Senate’s 36th District seat, Dana Point Mayor Lisa Bartlett and Laguna Niguel Mayor Robert Ming are in the running to replace her.

Both Bartlett and Ming are terming out of their city council seats, having each served two consecutive four-year terms in their respective cities.

The County Supervisor race is a top-two election format where, originally, four were in the running for the Fifth District seat. Ming and Bartlett won their spots on the November ballot by beating Mission Viejo Councilman Frank Ury and county Deputy District Attorney Joe Williams in the June primary.

Each of the county’s five districts elects one board member to a four-year term.

In the days leading up to the Nov. 4 election, more on this race will be included in The Capistrano Dispatch’s ongoing election coverage.

Following are the official, unedited candidate statements for Bartlett and Ming. As a Mayor, Businesswoman, past Chairwoman of the Foothill Eastern SR-241 Toll Road and 25-year resident of Dana Point, I have decades of experience to provide residents with strong, effective leadership on issues that impact our quality of life.

I hold a Masters Degree in Business Administration and have extensive hands-on experience in executive management and operating my own business. As Mayor, I have consistently delivered lean, balanced budgets that include prudent cash reserves, minimal unfunded pension liability, no debt, and promote economic growth for our local economy to counter the failed policies of Sacramento and Washington.

Public safety is government’s number one job. That is why I worked with the Sheriff and other Mayors in creating the Contract Cities Group to reduce crime and increase law enforcement resources for our region.

As a regional transportation leader, I have the leadership and experience needed to provide solutions for improved mobility and traffic relief.

My years of private and public sector experience have prepared me to serve as your Supervisor and oversee America’s fifth largest county.

I am honored to have the endorsement of Congressman Darrell Issa and many of our respected local leaders. I respectfully ask for your vote. Integrity. Fiscal Responsibility. Leadership. These are my guiding principles and what our elected officials should deliver. As Laguna Niguel mayor and councilmember, I’ve been committed to these principles.

Integrity is about being honorable and keeping promises. In Laguna

Niguel, I promised to repave streets, maintain low crime rates, improve parks, and protect our environment. That’s what I did. As Supervisor, I’ll do the same, while bringing transparency and accountability to government.

Fiscal responsibility means making principled decisions while living within our means. I consistently voted to reduce regulations, not raise fees, or incur debt. We built our city hall on time, under budget, and paid cash, while keeping healthy reserves.

Married to Susie for 22 years with four children, I care deeply about their future. I’ll preserve our quality of life, for my children and yours.

I respectfully ask for your vote.