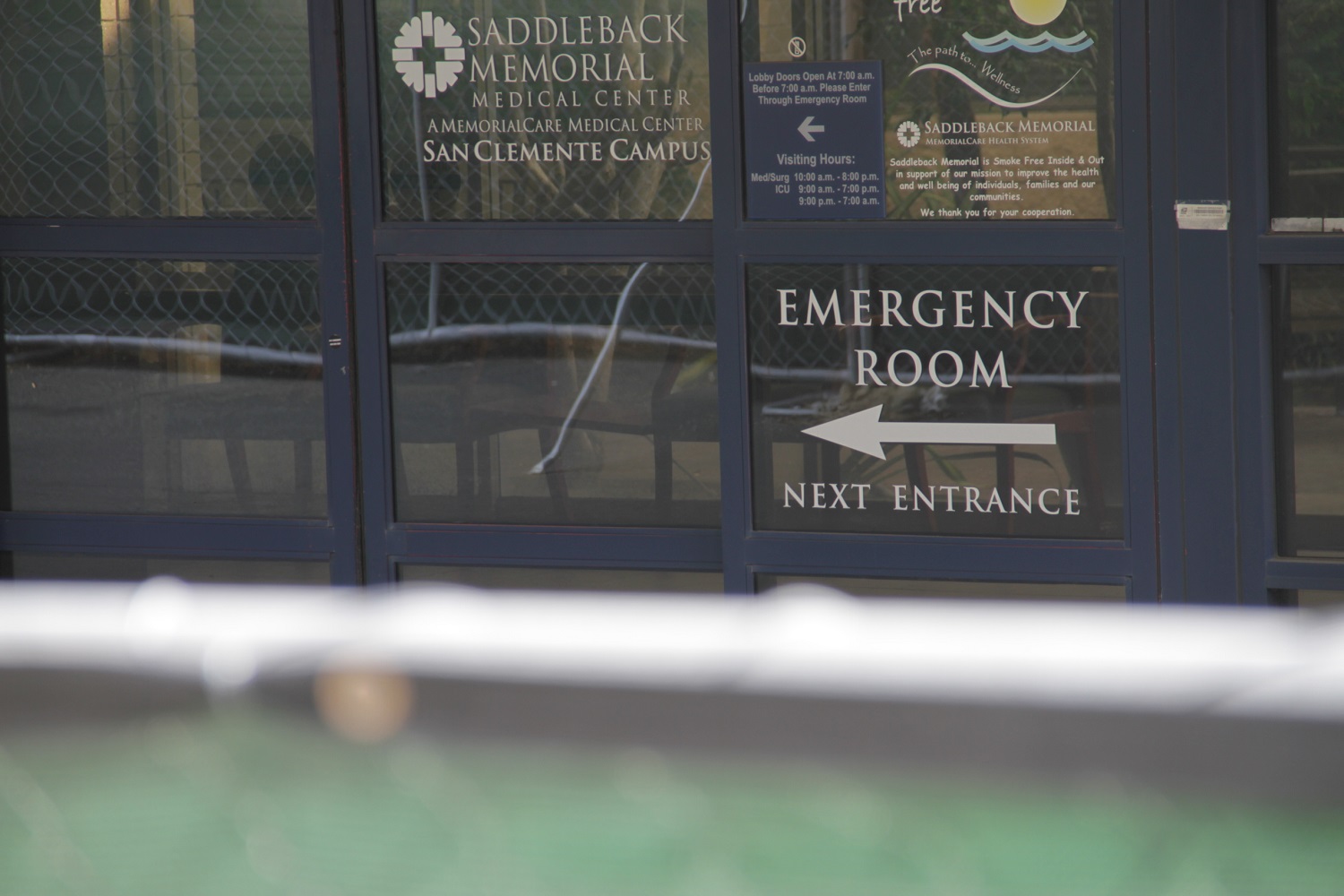 The Capstrano Dispatch has learned that the site of the former Saddleback Memorial Medical Center in San Clemente will be used as a coronavirus testing center.

According to a joint press release between MemorialCare and city of San Clemente, the health care provider intends to establish a coronavirus testing site where it previously operated the now-shuttered hospital campus on Camino de los Mares.

“The medical community, locally and across the nation, has made it clear that we need more testing to combat the spread of the coronavirus,” MemorialCare Vice President Tony Struthers says in the release. “At this crucial time, we are pleased to be bringing vital testing resources to San Clemente and South Orange County.”

San Clemente Mayor Dan Bane echoed that sentiment, stating that the “City understands that testing is key to stopping the virus from spreading undetected in our community.”

“Increased testing will allow MemorialCare and other area providers to identify those carrying the virus, limit their exposure to others and help to ensure that they can access appropriate care,” Bane says in the release.

The announcement comes as the number of those confirmed to have contracted the virus in Orange County continued to surge, surpassing more than 600 cases as of Wednesday, April 1, the Orange County Health Care Agency reported. Between Tuesday and Wednesday, the county saw an additional 107 reported cases—the largest single-day hike in OC to date—while the number of reported deaths grew to 10.

The number of cases in San Clemente also jumped significantly from 20 to 30 between Tuesday and Wednesday, according to the county’s data.

To date, 7,271 people in Orange County have been tested for coronavirus.

According to MemorialCare, testing at the center will be conducted on a drive-thru basis, which is meant to reduce the potential spread of the disease “by limiting exposure of clinicians and patients in hospitals and other health care locations to those suspected of having the virus.”

MemorialCare was unable to provide a timeline of when it anticipates to launch the center, other than to note that “it currently expects it be operational shortly as test kits are secured.”

“Once the testing center becomes operational, patients exhibiting symptoms should contact their health care provider before making an appointment at the facility,” the press release states.

Mayor Pro Tem Laura Ferguson explained to The Capistrano Dispatch that the council voted in a special closed session on Monday, March 30, to support MemorialCare’s plan to establish a coronavirus testing location.

“MemorialCare does have the support of the city council to do their drive up testing or whatever they end up calling it,” Ferguson said. “They can do that at their site and the city, in their same decision, decided to temporarily relax the zoning allowed for that.”

Councilors met on Monday evening to vote on an amended version of the local emergency proclamation they had previously passed during their March 17 meeting. The amended version, the city notes in its agenda report, was meant to address “the threat of the public’s right to access COVID-19 testing, depending on the Council’s deliberations in connection therewith.”

The amended version of the adopted resolution that The Capistrano Dispatch obtained and signed by Bane on March 30, establishes “Mobile Testing for COVID-19 for residents of 92673 and 92672 Zip Codes.”

The resolution further permits coronavirus testing on the medical facility property for those living within those area codes during the health crisis.

Ferguson says that the council’s vote essentially relaxes the emergency-services zoning restriction that had been previously imposed on the parcel back in 2016. The zoning had prompted litigation between the city and MemorialCare, which wanted to turn the facility into an urgent care location.

The medical provider sued the city over claims that the city’s “spot zoning” was unfair and made it difficult financially to support the hospital.