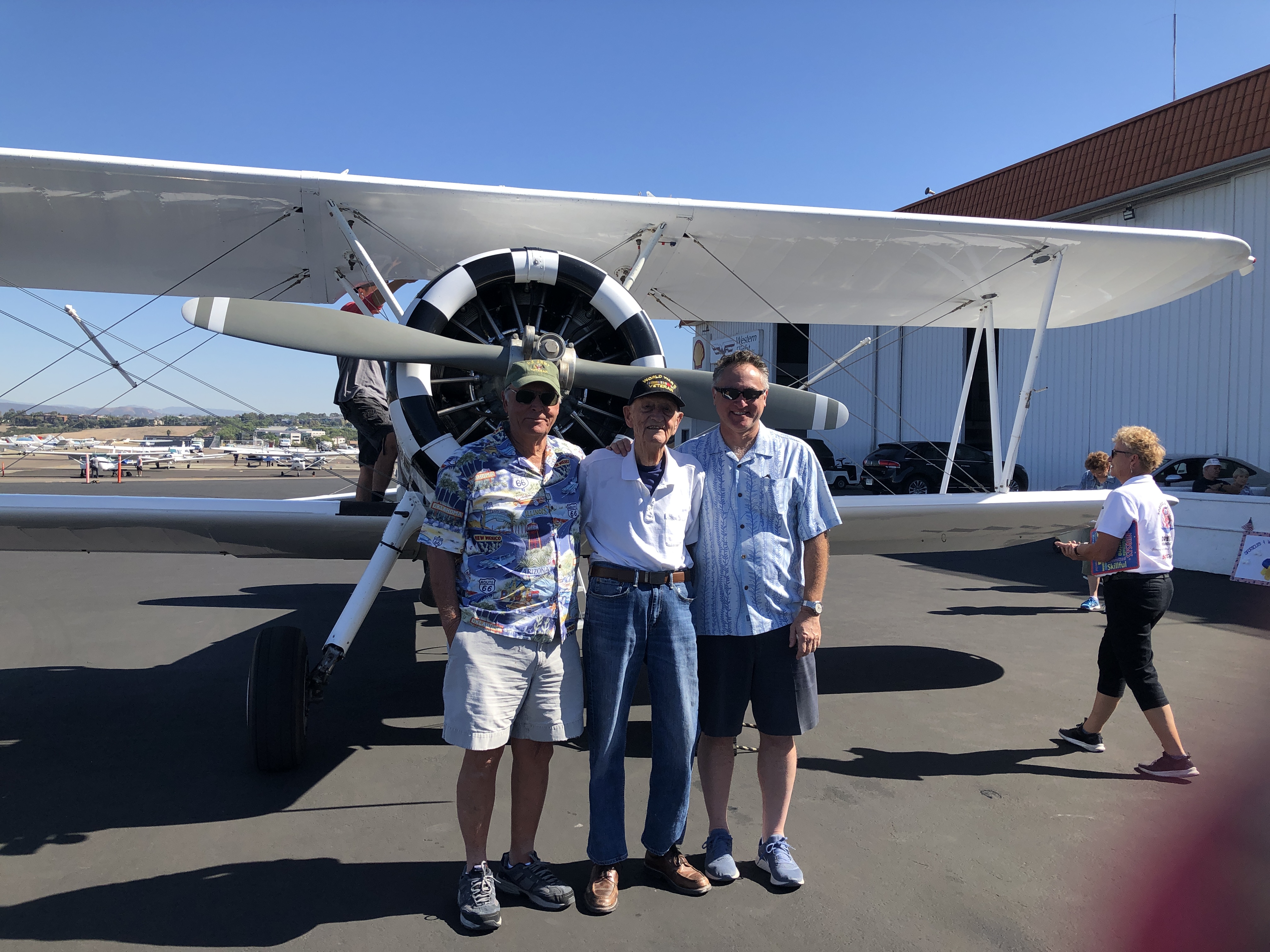 Vietnam veteran Tom Reynolds and his father, a World War II side gunner, participated in the Ageless Aviation Dream Flight on Saturday, October 22, at Palomar Airport in Carlsbad.

Father and son were two of six Reata Glen residents who took the flight on a 1942 Boeing Stearman biplane, arranged by the nonprofit, which has provided more than 4,000 flights in 41 states to veterans, according to a news release.

“Our mission is to give back to those who’ve given,” said Darryl Fisher, founder and president of Ageless Aviation Dreams Foundation. “We’re honoring the greatest generation by giving them an experience of a lifetime. Something special happens when they strap on that helmet, hear the raspy engine, and then feel the wind on their faces. By the time they land, they feel 20 years younger.”

Reynolds said it was a great opportunity for everyone.

“During our era, people weren’t as generous with their time and money,” Reynolds said. “We’re all thankful for the Ageless Aviation Dream Flight crew for thinking about us and creating these fantastic memories.”