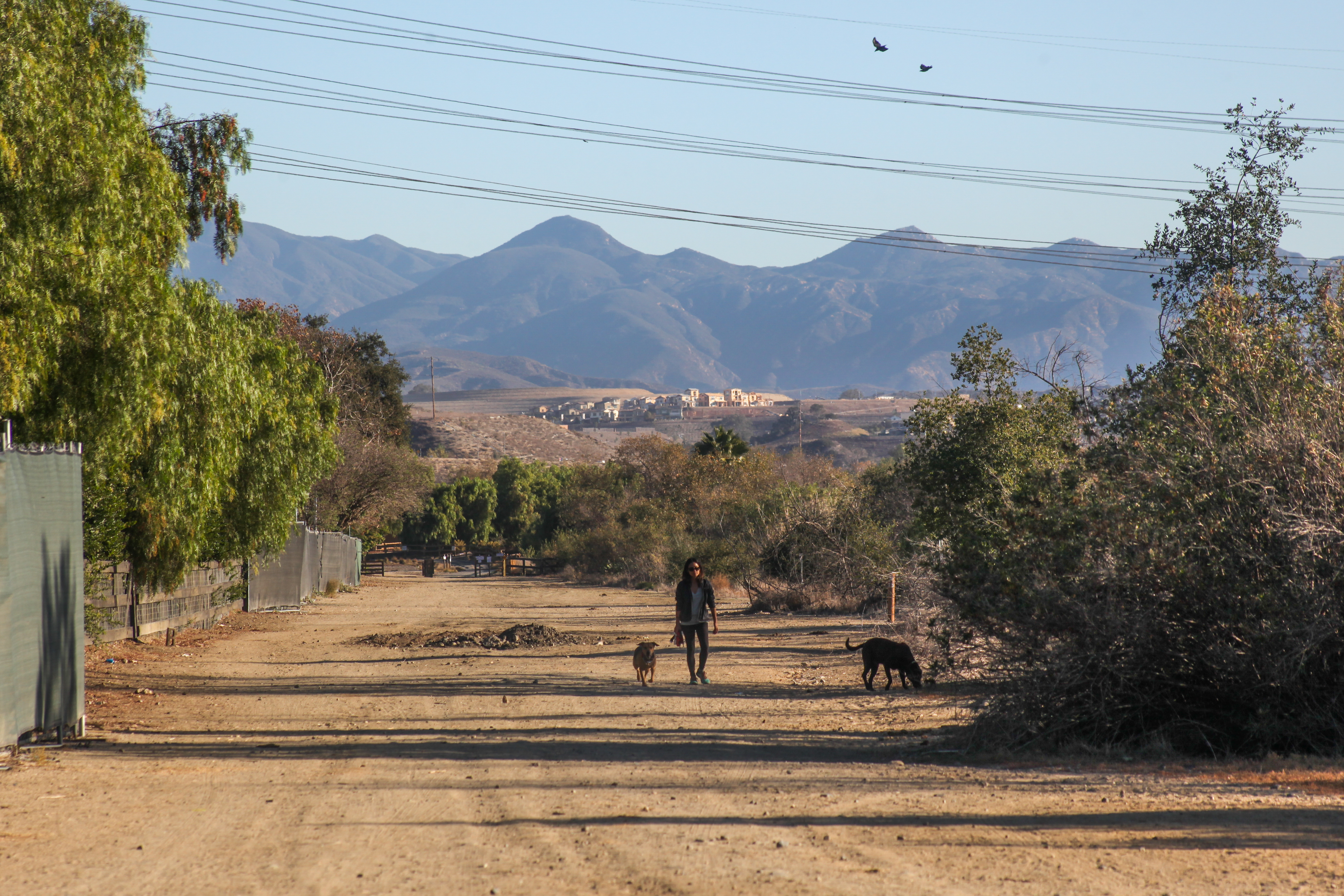 It’s been a long road for the San Juan Creek Trail extension—a 1,000-foot dirt stretch of a multiuse trail on the east side of town. The trail runs along San Juan Creek and is adjacent to the incoming Oaks Development, which includes 32 homes along with an equestrian facility.

The San Juan Capistrano City Council approved renovations to the multiuse trail in conjunction with The Oaks development in 2014—this included a Class 1 paved bike trail and an unpaved multiuse hiking/biking/equestrian trail that would complete the gap in the San Juan Creek Trail system. Bicyclists otherwise have to ride a Class 3 narrow lane along Ortega Highway, often accompanied by semi-trucks, to get from Reata Park back to the creek trail, which ultimately leads to Doheny Beach.

The trail extension is developer-funded, so the only costs the city incurs will be the trail’s maintenance.

Stuck in the Mud

Upon approval of the development and the trail improvements, the City Council kicked back the trail design to the Trails and Equestrian Commission in order to gather input about the best design moving forward. Discussion of the 1,000-foot connector, which quickly turned into an issue of contention between the commissioners, staff and residents who spoke in favor of connecting the trail with a paved path, went on for several months. During this time, commissioners discussed the order of the trails (which trail should go on the creek side) while questioning the need for a bioswale (which is required by CEQA), asphalt on the Class 1 bike lane, a buffer and other elements. The majority of commissioners ultimately wanted to keep the berm as is, and worried that the changes would set a precedent or trend for adjustments to other trails throughout town.

City staff advised the commission during this time that the law prohibits any changes to a project that’s been approved by the City Council with a tract map filed. Staff asked for a recommendation to take to City Council between essentially two designs for the trail—bike trail on the inside or the outside.

At their Nov. 5 meeting, the Trails and Equestrian Commission eventually approved, with a 3-1 vote with one abstention, to recommend to the City Council the construction of the San Juan Creek Trail Extension with the Class I bikeway being aligned adjacent to the Oaks development, elimination of the mulch buffer, grading of the multi-use/equestrian trail kept to a minimum and installation of a bioswale on the outer edge of the trail, closest to the creek. However, during a special meeting held shortly after, the commission rescinded the vote and ultimately ended up recommending that City Council leave the trail as is.

Commissioner Gail Zukow later submitted correspondence to the City Council, saying “keeping the berm as is will hopefully slow down some cyclists and make the mixing of bikes and horses a little less dangerous.” Commissioner Renee Ritchie also wrote to the council, noting ideas such as using crushed stone and resin based stabilized material rather than asphalt for the Class 1 bike trail.

At the City Council’s Nov. 17 meeting, the majority of the council members agreed with commissioners that more research needed to be done into the safety of the trail. Councilman John Perry, who noted that he researched the issue of horse safety online, said it’s impossible to change a horse’s behavior and added that he thinks good bike etiquette doesn’t happen “very often.” Councilman Sam Allevato countered that a horse’s behavior on a trail is a matter of training.

The council also showed interest in having the interim city manager hire an expert in horse trails to analyze the safety of the proposed (and previously approved) design. However, Councilwoman Pam Patterson commented that she preferred the city manager not be the one to find an expert due to a possible “agenda,” while Councilwoman Kerry Ferguson noted that “erroneous” things have happened before.

After a handful of failed motions, the City Council finally agreed to bring the discussion back on Jan. 19 with a 4-1 vote, Councilman Sam Allevato opposed. The council did, however, ask that the developer be able to continue with his work with the exception of the trail in the meantime.

Following the discussion, Tim O’Grady, developer for The Oaks project, said he’s anxious to see where the issue goes.

“We stand ready to have the council make the decision and we’ll see where it goes,” O’Grady said. “It’s frustrating, but I’m appreciative of the council making a motion to at least extend it and not penalize me while they work through the issue. Obviously there are a lot of viewpoints associated with it, so we’ll see where it ends up. I think the council has a good grasp of the situation, just different opinions.”

What Riders and Cyclists Think 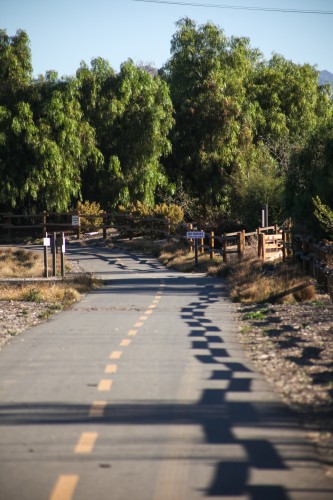 A rider from Mission Trails Horse Stables, who wished to remain anonymous, said on a recent afternoon out on the trail that she feels the multiuse trail is currently dangerous with cyclists speeding all around; however, she feels the trail is better left as is.

“These cyclists come zipping up, and they never holler, they never say we’re coming on your left, coming on your right, they just come whipping through,” she said. “They’re pretty rude and obnoxious actually.”

She said she hasn’t has issues with cyclists because her horse is older and used to the action, but she worries about equestrians with younger horses.

“The whole setup itself is not good. If the horses spook we have nowhere to go,” she said. “We’ve all gotten along really well anyway, so why are we changing it?

Another Mission Stables rider, John McGlinn, of San Juan Capistrano, said he’s fine with the trail changes. When asked if his horse has had issues around bikes, he responded: “Nah, he’s easy with bikes.”

“Some are skittish—they are what they are,” he added. “But then you just stop and let the bike go through.”

San Juan Capistrano resident Delia Seaman was walking her dogs, Charlie and Honey, along the trail on a recent weekday morning. When asked what she thought about the new design of the trail, Seaman said she thought it would help not only connect the city’s vast trail system, but would bring more people to Reata Park to enjoy the gardens, which she described as an “undiscovered jewel” due to the fact that many of her neighbors didn’t even know about it.

Seaman said she’d like to be able to ride the trail on her road bike to avoid the risk of getting hit on Ortega Highway.

“People are using it anyway, might as well make it a bit safer,” she said.