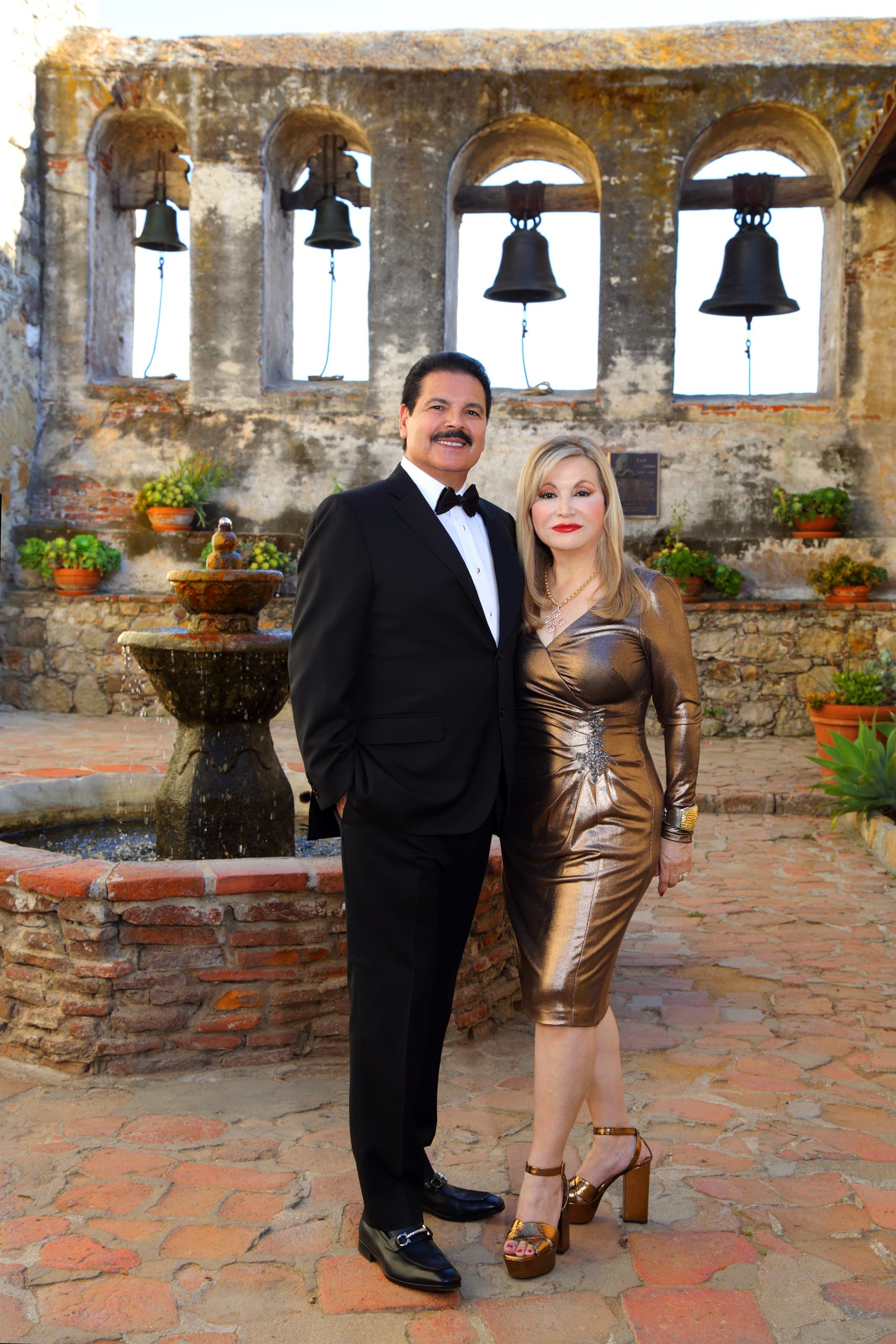 After Connie Spenuzza used to drop off her children at St. Margaret’s Episcopal School in the early 1990s, she stopped at Mission San Juan Capistrano to say her prayers and visit the Serra Chapel.

“It became a ritual, and you realize how important it is—on a spiritual level—to honor those places, because they do provide us tremendous comfort … especially in a time of need,” Spenuzza said.

Spenuzza is Roman Catholic and lives in Dana Point with her husband, Peter Spenuzza. The couple has lived in the area for more than 30 years and are longtime supporters of the Mission. Connie has been on the Preservation Foundation Board of Directors for 15 years.

She eventually met Mission Executive Director Mechelle Lawrence Adams and other Mission officials during her visits to the site, and they encouraged her to get involved behind the scenes.

“Mechelle just struck me as someone who was really going to transform the Mission for the good,” Spenuzza said. “It’s always been a beautiful place. It’s been there for as long as we can recall.”

Connie and Peter Spenuzza will be honored at the Romance of the Mission benefit gala on Sept. 17. The sold-out event will be held on the historic grounds and is returning after a hiatus.

“Following the disappointing cancellations of our 2020 events, the Mission’s Board of Directors is thrilled that the gala will resume to generate awareness and replenish important Mission preservation efforts,” Adams said. “The gala is also an opportunity to recognize the many angels among us—like Connie and Peter Spenuzza—who helped get us through this past year, reopen the Mission twice in less than 12 months, and allow the Mission to rise up and serve our community in new and meaningful ways.”

Singer Loren Allred will perform at the gala.

Spenuzza fondly remembers her first gala in the 2000s after she had joined the Preservation Foundation Board and began donating to the Mission, when the couple took photos with past honorees.

“It feels good. It feels like history,” Spenuzza said of her turn at being recognized. “It’s been a wonderful thing. We’ve lived here long enough, and we’ve loved the Mission long enough, and it’s nice to get a thank you. We’re grateful.”

Spenuzza is also excited to finally see other Mission supporters and friends in-person again after the COVID-19 pandemic put a halt to some gatherings. She expects the Mission to again look beautiful for the event.

Connie and Peter Spenuzza have been married for 42 years. Their two sons are now in their 30s and live in Newport Beach.

“We feel very much in touch with the nature and beauty of South Orange County,” Spenuzza said. “We all just love the ocean, breezes, and friendships. We feel very grateful we found our place.”