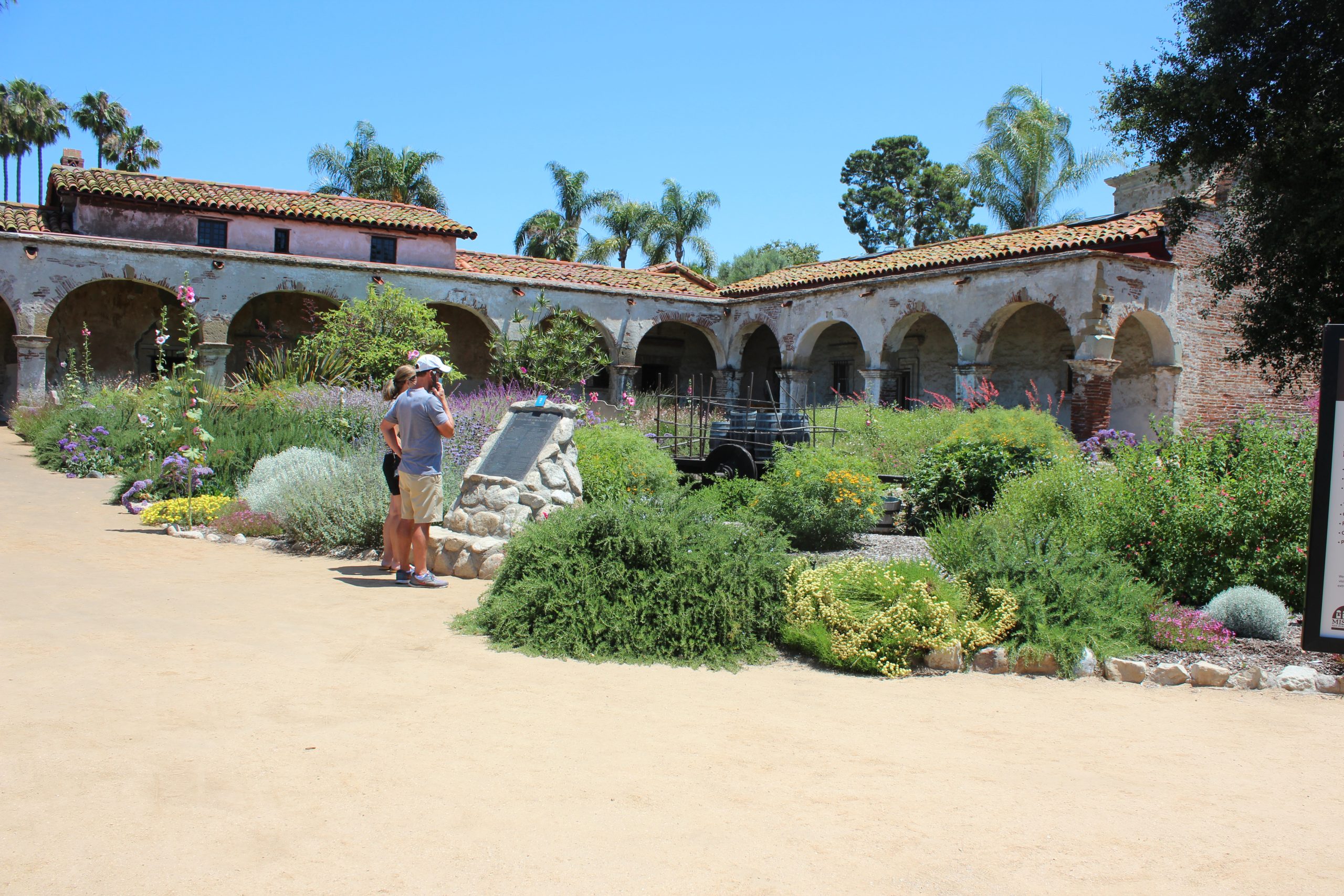 I am writing to invite everyone to come see in person how Mission San Juan Capistrano, like history, continues to evolve. In the 21st century, the Mission is a place that celebrates both its Catholic tradition and its many chapters of change over the last 245 years.

Since 2003, we have shifted our site’s story/history-telling point of view. Over the past 17 years, that changed with the implementation of new preservation and museum programming, the advent of an advisory group comprised of scholars, Native Americans, and volunteers. This has been done while developing a closer relationship with Acjachemen of the area who come to the Mission San Juan Capistrano to demonstrate their basket weaving traditions and engage with appreciative students and guests from all over the world.

Today, the Mission celebrates its Native American history in a way that could not have happened 100 years ago.

As a historic museum and landmark that moves forward, we eliminated outdated dioramas and depictions. We have two Native Americans serve as bell ringers out of our roster of three.  We give out free information to guests on how they can learn more about the California’s First People during their visit. We host an annual Day of Remembrance to publicly recognize the original builders and memorialize how, while attending Mass on December 8, 1812, forty baptized Native Americans perished in the earthquake that brought down the Great Stone Church. It took nearly 190 years to begin this memorial tradition, and it is the product of 21st century recognition of the native people in this landmark’s physical and historical context.

Wherever possible, we have strived to listen, learn, and grow. Teachers and parents asked us to improve our tours with regard to Native American history, so we strengthened our tour-guide training. Our award-winning multi-language audio tours were crafted with this in mind, as well. Prior to COVID-19, we held lectures that talked about how Father Serra and the Native American community saw and interacted with one another. We looked to the historical record and provided new ways to learn. We stock our store with books that include various views about history. We make sure to publicly appreciate the Mission San Juan Capistrano’s native builders. We proudly offer Native American history storytelling programming by acclaimed and award-winning Acjachemen educator Jacque Nunez.

We do all of this while still hosting an exhibit that teaches about Father Serra’s life and his founding of the Missions. We ring the bells daily in his honor (seven times at 9 a.m.) and teaching about his contributions as a founder of what would ultimately become the State of California. And his statue may be seen on site in our historic Sala. Serra is a saint in the Catholic Church, and his history is intertwined with Native history.

Teaching history should not be an “either-or” proposition. Our inclusive efforts have been rooted in the value of doing the right thing long before this became a movement.  This effort has not always been met with welcome or ease, but it has been worth doing.

The Foundation and staff are committed to honoring and celebrating our rich history, and specifically the builders of the Mission, the inclusion of women in history, and the concept of being an authentic place where meaningful conversations about history can occur.  For example, along the way, we expanded our interpretation efforts to also include Ysidora Pico Forster’s role in the Forster family’s private ownership of the Mission. Up until the 21st century, the site’s museum favored talking solely about Don Juan Forster, and neglected to mention that his wife’s brother (the then-Mexican governor) sold the Mission San Juan Capistrano to Forster at a bargain, allowing for the landmark’s eventual privatization.  This marks a chapter in time when a family lived on and managed the site. Yes, a woman made that exchange possible —and this example shows also how when history is inclusive, it becomes more interesting.  This history would later be upended by President Abraham Lincoln’s return of the Mission San Juan Capistrano to the Catholic Church in 1864, yet another interesting chapter marked by change.

Mission San Juan Capistrano is the leading mission in the state of California in attendance, preservation efforts, arts programming and education. To suggest a field trip to the Mission should be canceled is to deny the opportunity to truly teach and impact, and that is akin to censorship. We advocate that this landmark, now more than ever, is worth learning from, and invite you to walk the path with us to see the beauty, history of 245 years up close. In fact, we believe that Mission San Juan Capistrano might be the perfect place to have some of the more difficult conversations about history, inclusion, and moving forward.

Editor’s note: Serra statues have been toppled throughout California, and Serra’s legacy has come under question amid recent anti-racism protests over his interactions with Native Americans. The Serra statue at Mission San Juan Capistrano is still on display.