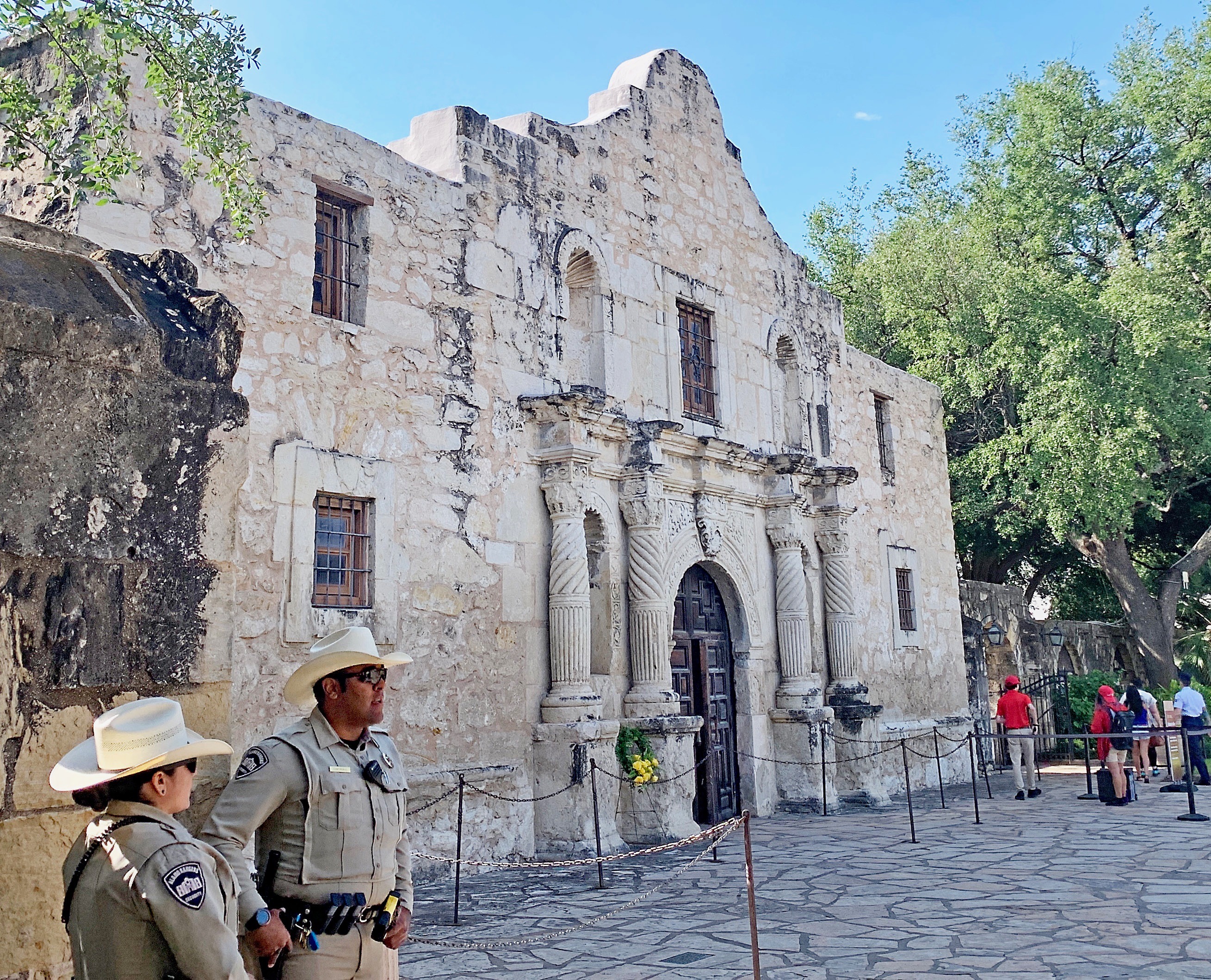 Everyone remembers the Alamo. We learned about it in school.

But did we also learn that the Alamo began in 1718 as a Spanish mission not named Alamo? Or that 13 years later, just down the road, another Texas church was christened as Mission San Juan Capistrano?

Mission San Juan, as locals call it, is today an active church and a tourist attraction, part of San Antonio Missions National Historical Park, run by the National Park Service.

Founded in 1731, the Franciscan mission was converting indigenous people to Christianity 45 years before Franciscan Junipero Serra founded his own Mission San Juan Capistrano 1,200 miles west, in California, in 1776.

You won’t find any trace of Mission San Clemente today — just four historic markers, miles apart from each other.

Today, the Alamo is the jewel of San Antonio, operated as a tourist attraction by the State of Texas. San Antonio Missions National Historical Park showcases Mission San Juan and three other San Antonio missions.

“Each was a fortified village with its own church, farm and ranch,” a storyboard at Mission San Juan states. “Here, Franciscan friars gathered native peoples, converted them to Catholicism, taught them to live as Spaniards and helped maintain Spanish control over the Texas frontier.”

“There is also a Mission San Juan Capistrano in the California mission system,” the website TexasMissionGuide.com says.

Visitors to the Alamo relive Texas’ daring 19th Century revolt from Mexico and a brutal 1836 battle in which 200 vastly outnumbered Texan defenders were overwhelmed by Mexican forces. 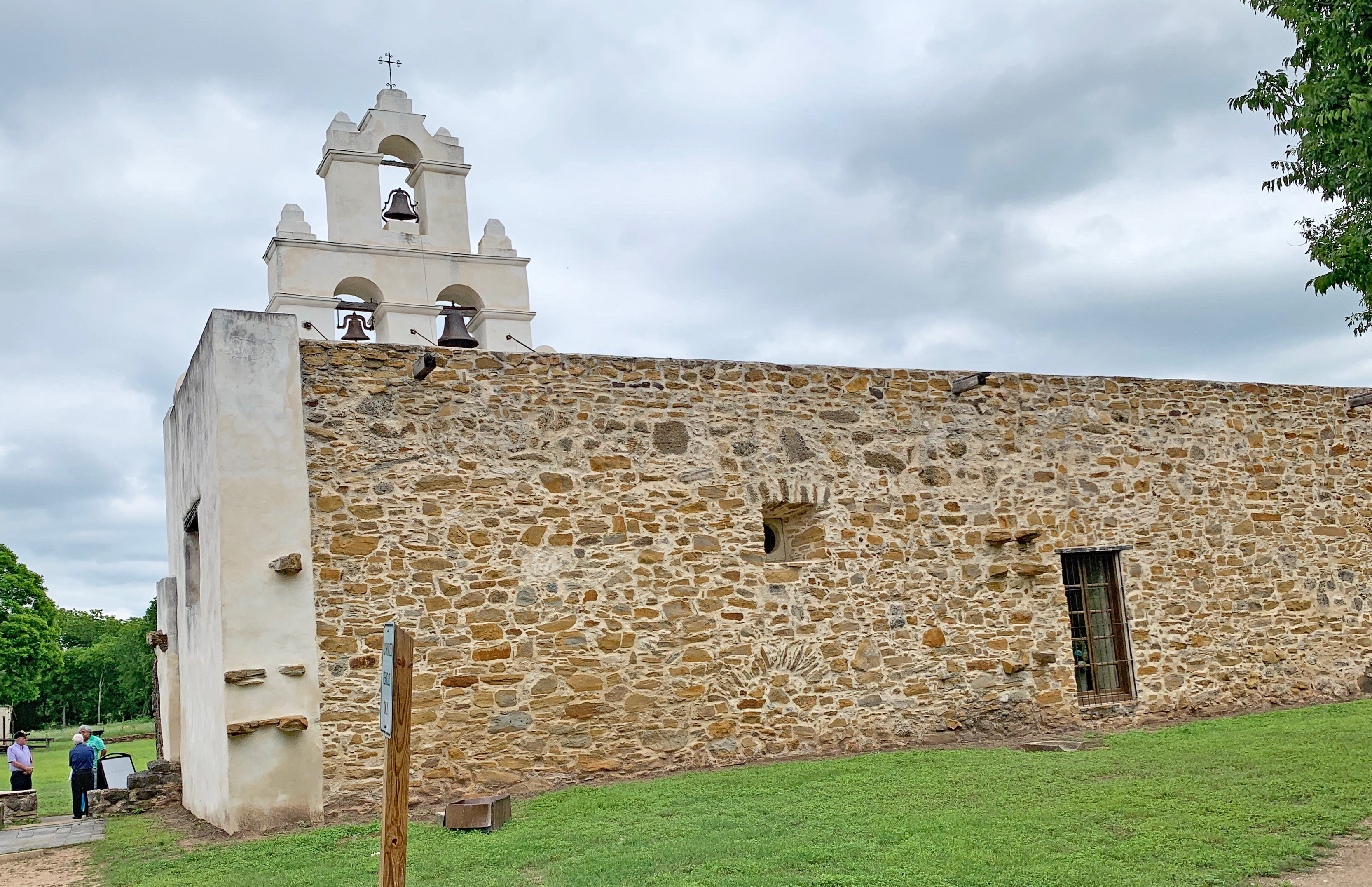 The back side of Texas' Mission San Juan Capistrano has a stone surface. The front side has been rehabilitated with a smooth white surface. Photo: Fred Swegles 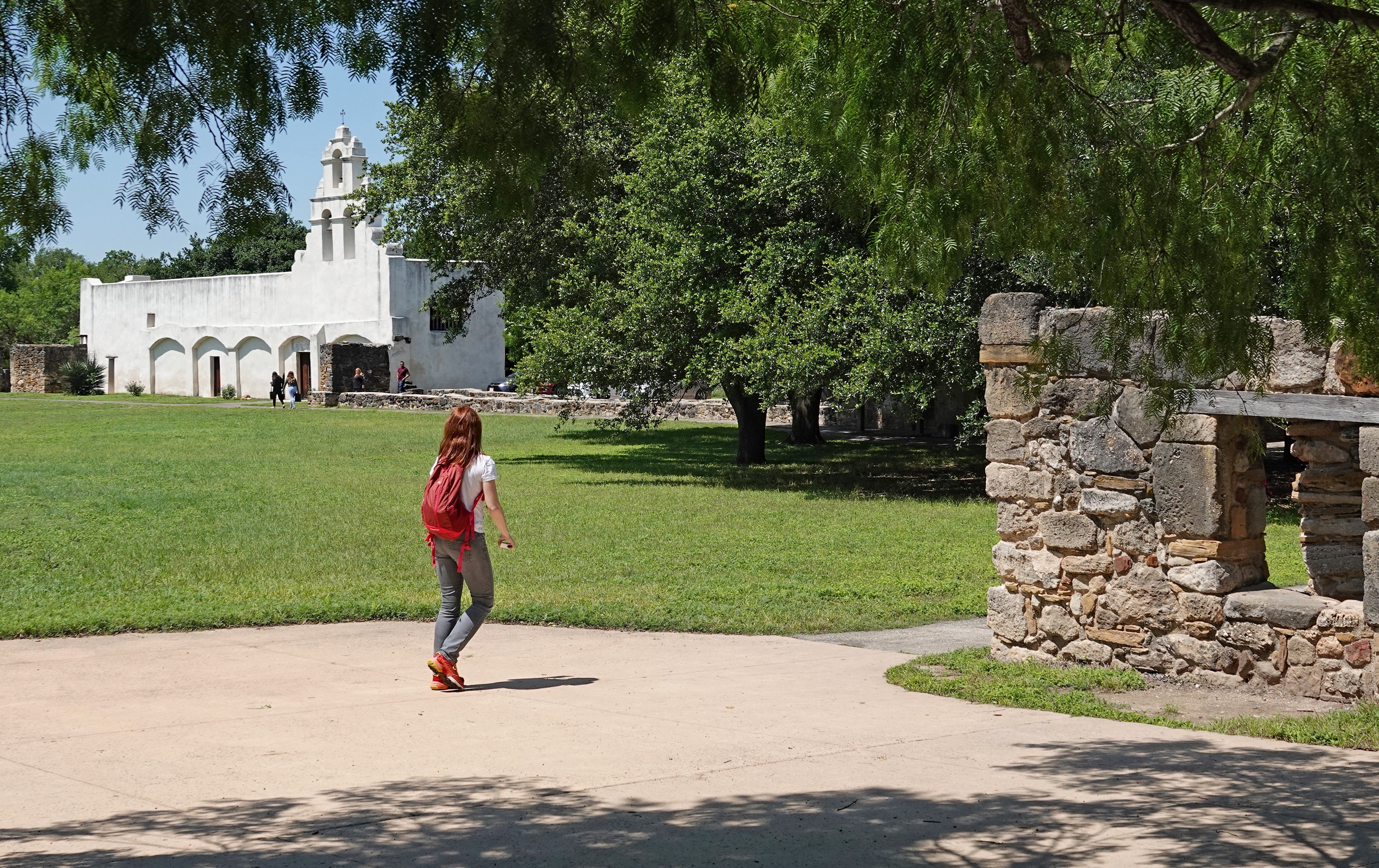 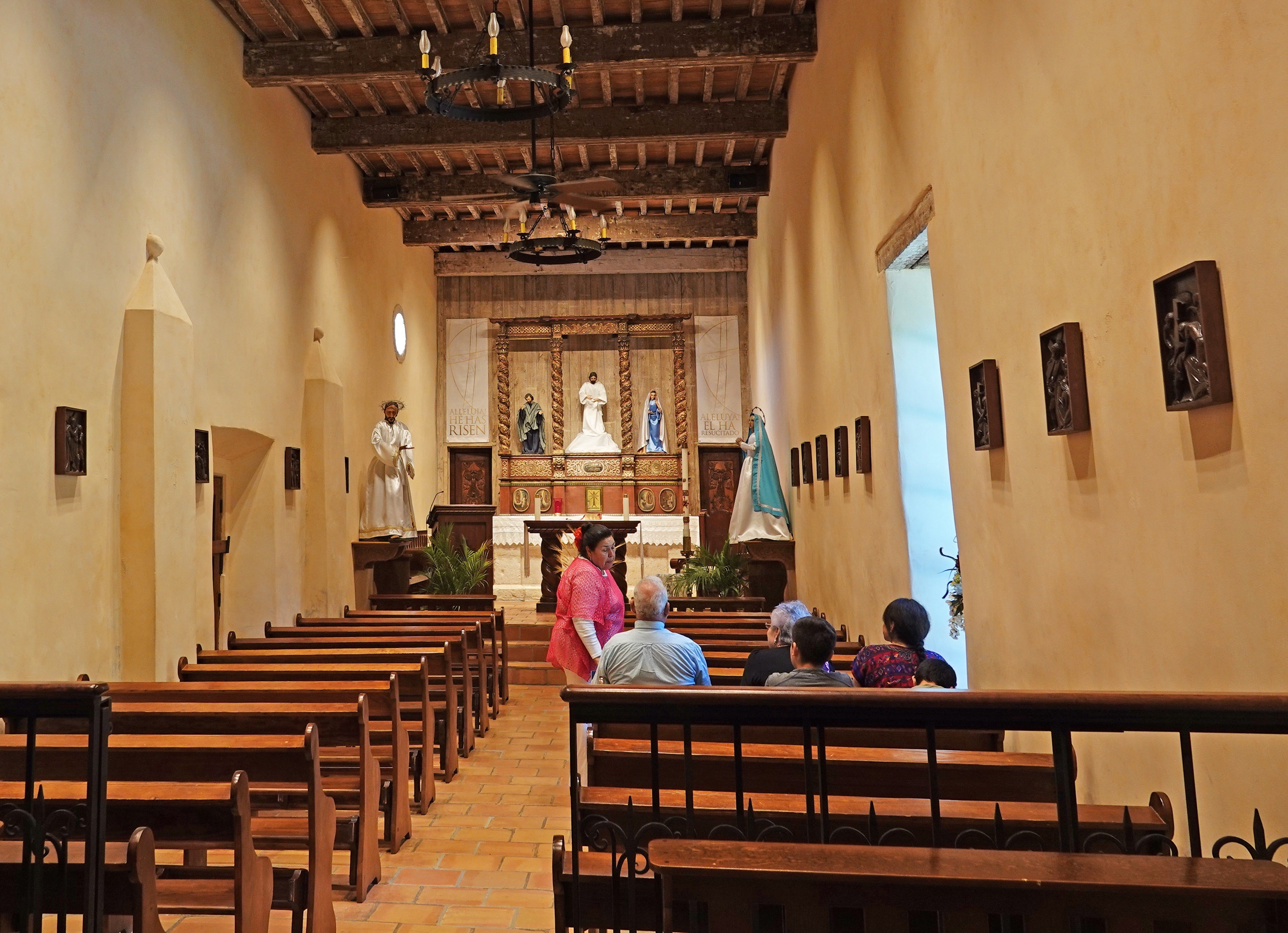 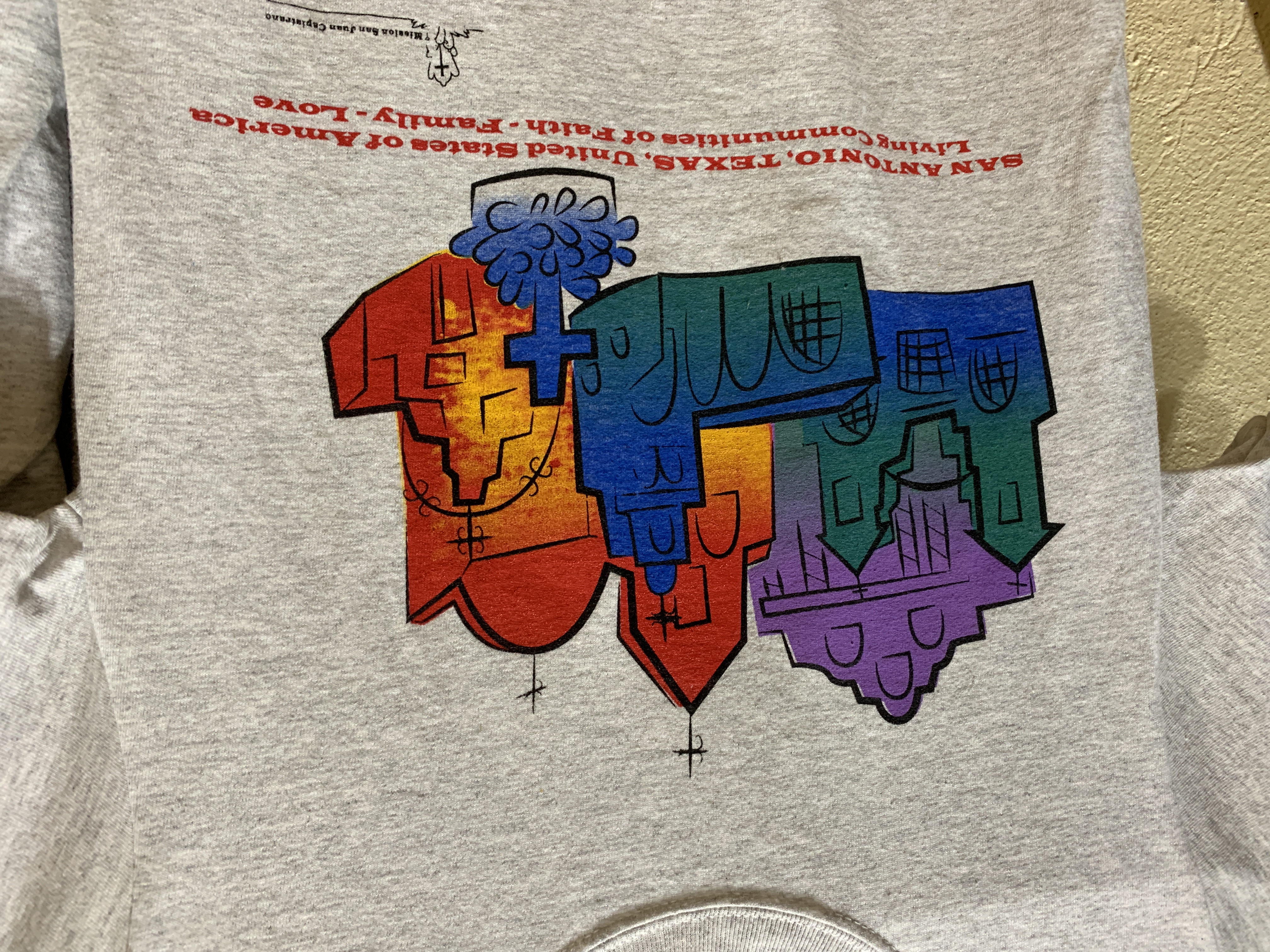 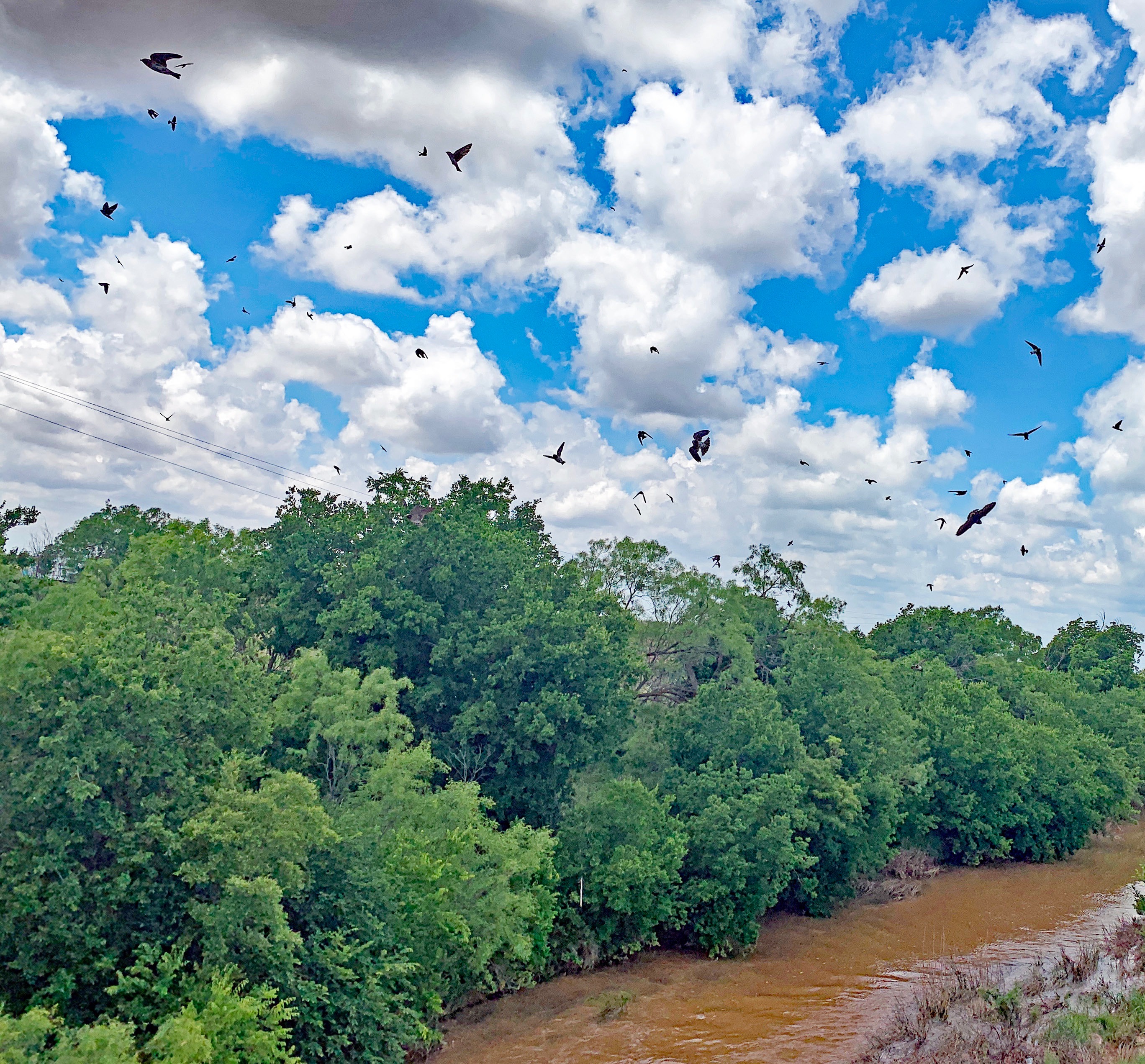 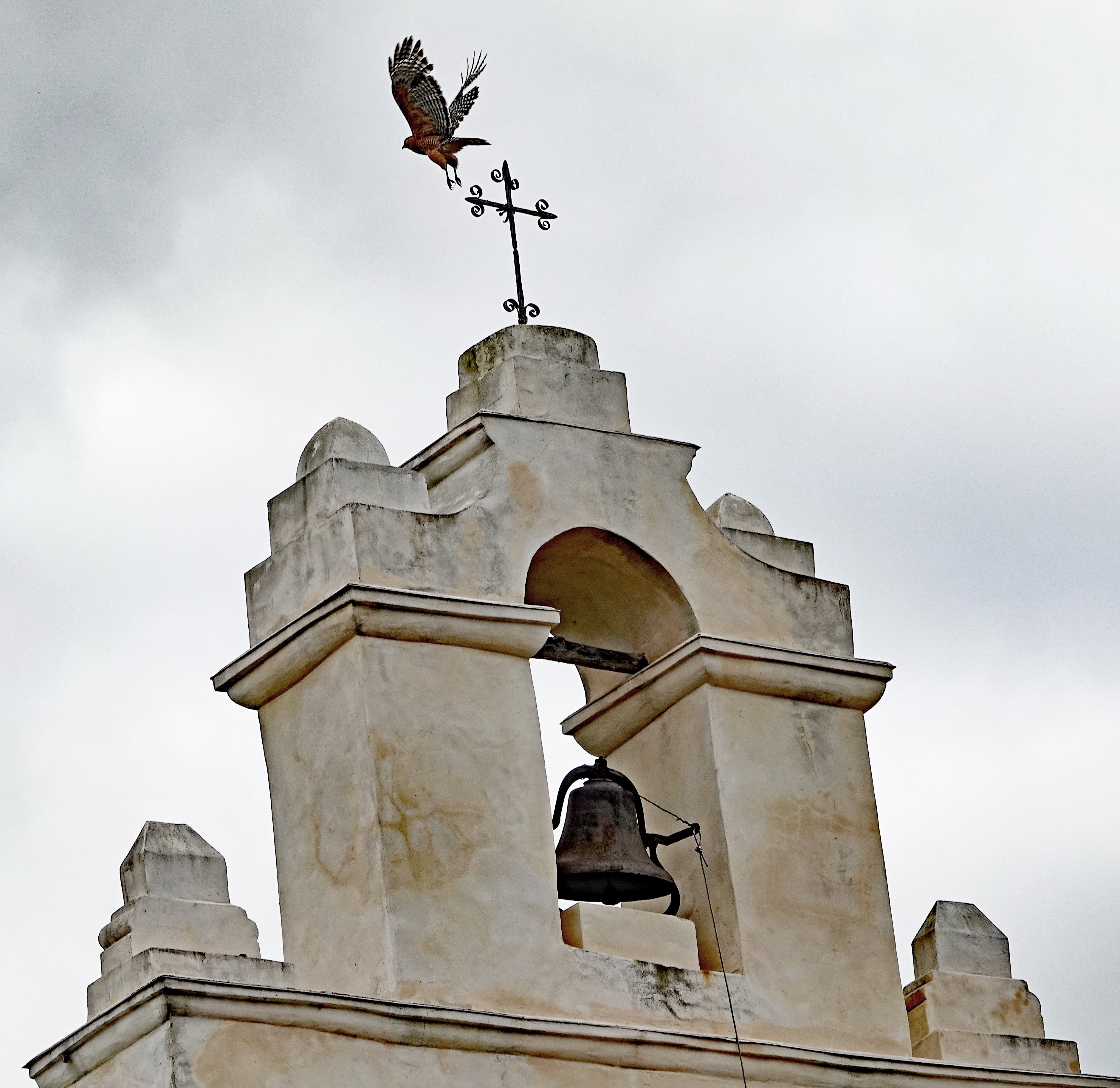 You aren't likely to find any swallows today at Texas' Mission San Juan Capistrano, but other species do pay a visit. Photo: Fred Swegles 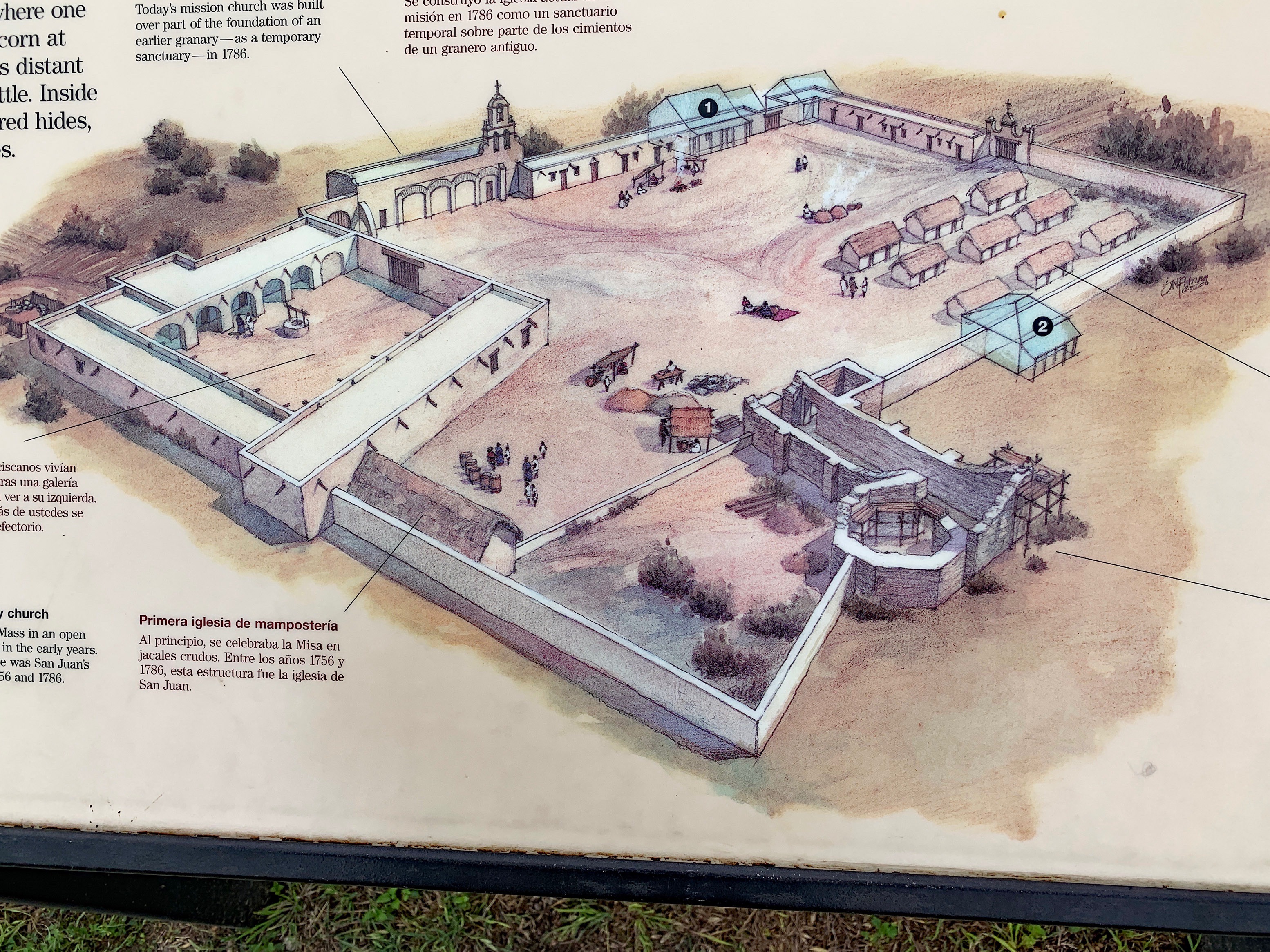 The National Park Service presents storyboards at Texas' Mission San Juan Capistrano so visitors can imagine how it would have looked during the 1700s. Photo: Fred Swegles 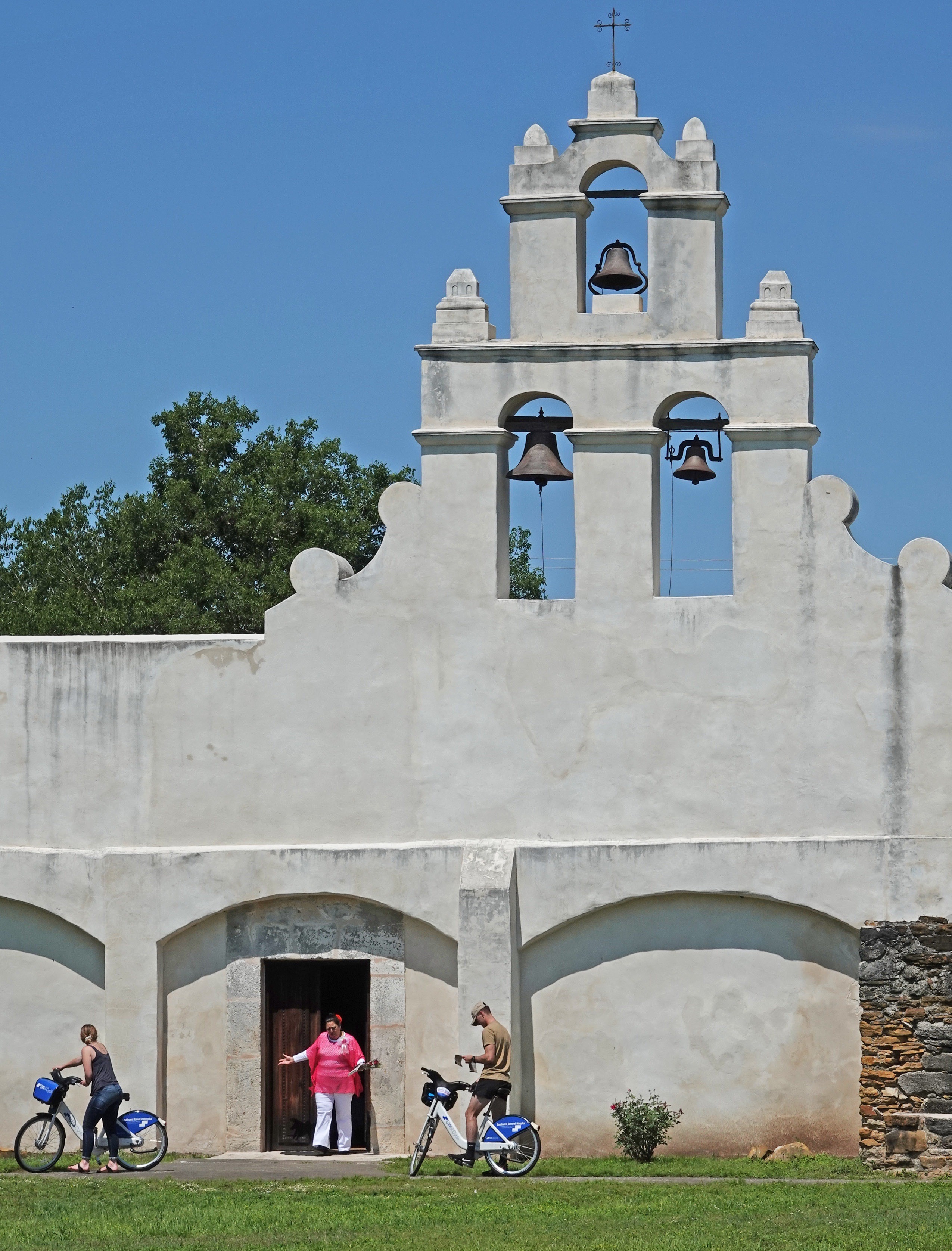 “Only a fraction of the buildings of the self-sustaining community that was Mission San Juan can still be seen above ground today,” a storyboard states. “Archaeology and old Spanish records provide clues to help us imagine this settlement of as many as 200 souls.”

As the community evolved, the natives’ culture based on hunting and gathering waned. “Adaptations expected of the natives were more than many could endure,” a storyboard says. “Natives left and returned, depending on food sources, Apache threats, epidemics and their commitment to Spanish life ways and Catholicism. Those who remained adapted to the Hispanic culture but continued to maintain cultural elements of their bands.”

The mission may have once had a migratory bird population—swallows—a trademark of California’s Mission San Juan. Swallows aren’t evident today.

About 200 miles northwest of Mission San Juan, swallows can be found outside the town of Ballinger along a rural stretch of river once called “the Glorious San Clemente.”

The website TexasMissionGuide.com describes Mission San Clemente as a modest wooden structure built in the wilderness in 1632 near the joining of two rivers, the Rio Concho and Rio San Clemente.

The first Mission San Clemente lasted six months. Harassed by hostile Apaches, the Spaniards departed, promising to return to local Jumano Indians who desired an alliance, historians said. More than 50 years later, the mission was restarted “by the expedition of Juan Dominguez de Mendoza while it was camped on a river named the ‘Glorious San Clemente,’ from March 16 to May 1, 1684,” says the Texas State Historical Association.

In Search of Mission SC

“The exact location (of Mission San Clemente) is not known,” says TexasMissionGuide.com. “There are several different historical markers in the area claiming to mark the site of the mission.”

The best-known marker is along Highway 83, between Ballinger and Paint Rock. The river that early Spanish explorers called the San Clemente flows through Ballinger. Rio Concho bisects Paint Rock.

The two rivers join, east of Paint Rock, at what is now a reservoir. A little known Mission San Clemente historic marker stands along the banks. It’s on private property, inaccessible to the public.

Ten miles south in Millersview, Our Lady of Guadalupe Catholic Church erected its own monument in 1984 to mark the 300th anniversary of the second Mission San Clemente.

None of these historic markers mentions “Rio San Clemente.” The name Rio San Clemente faded into history after the 1684 demise of the mission. The former river “San Clemente” now is just a short leg of a much longer river, Rio Colorado. It runs 862 miles from northwestern Texas into the Gulf of Mexico.

Texas’ biggest river has the same name as a more famous Colorado River that winds some 1,450 miles from Colorado into Mexico. That Colorado River supplies South Orange County cities San Juan Capistrano and San Clemente with much of their water.

When explorer Mendoza eyeballed “the Glorious San Clemente” in 1684, little did he know that he could have followed the river all the way to the gulf.

The state capital, Austin, lines its stretch of the Colorado with a riverwalk. About 150 miles downstream, the Colorado empties into the gulf.

There, in 1685, French explorer La Salle tried unsuccessfully to establish a French colony. Its brief presence startled the Spanish, helping to assure the demise of Mission San Clemente.

Fred Swegles is a longtime San Clemente resident with more than 46 years of reporting experience in the city. Fred can be reached at fswegles@picketfencemedia.com.