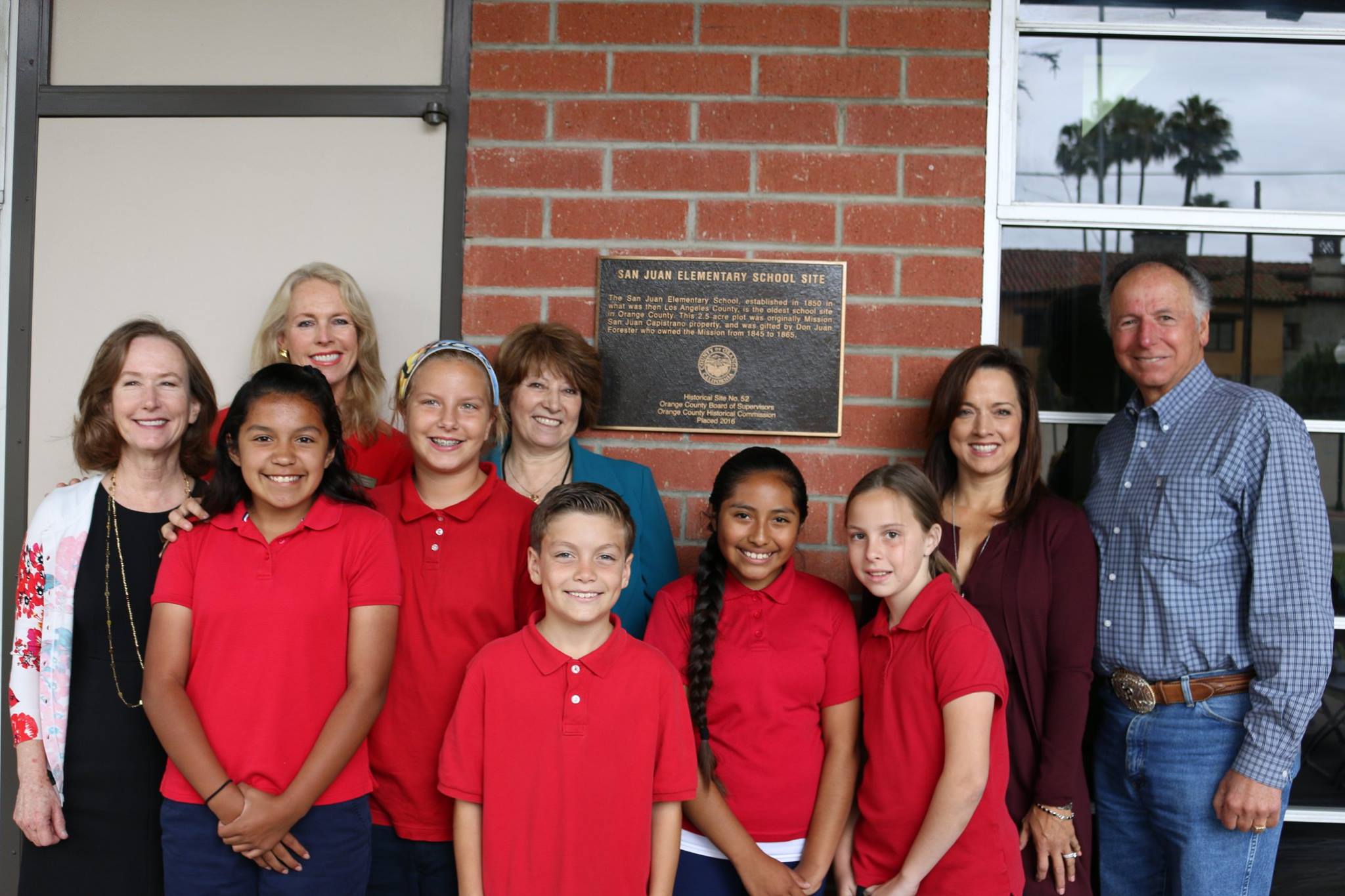 Moments in Time: A Historic Day for San Juan Elementary

With the end of the school year upon us, it is important to remember how special San Juan Elementary School is to our community.

Started in 1850—the year California became the 31st state in the Union—the land was originally donated by Don Juan Forster. The original school house was a one-room adobe structure. At the time of the American Centennial in 1876, the school building was described as a wooden structure “built near the large pepper tree on Spring Street.” The current building was erected in 1910 and expanded in 1964.

The first teacher at San Juan Elementary was T.J. Scully, who was paid $100 for three months of teaching. When the school in Santa Ana was opened in 1855, his salary was reduced to $75 because he was also teaching for three months in the new school.

Once Orange County was created in 1889, Judge Richard Egan became commissioner for all schools in the southern sector of the county, but still continued as a trustee for Capistrano. San Juan Capistrano Elementary School District became the first school district in the new county.

In 1854, the earliest records from the school indicated that the district served 193 children from lower Los Angeles County to San Diego and from the ocean to parts of Riverside and San Bernardino counties. Only 27 of the school-age children were close enough to attend school.

The purchase of the land for the school was in 1867. The land value was assessed at $14. The school year was now four months long, but there was still no division of grades. In 1871, the first state codes of education were enacted and the school went to ninth grade. The attendance had risen to 56 students.

In 1910, the district had 125 children within its boundaries and 101 were enrolled in the school.  The school year was 178 and one-half days. Today, the San Juan Elementary population is 800 students in grades K-5 and the school year is 180 days.

Ilse Byrnes, who was responsible for the recent historical site designation, tried to get the school on the National Registry, but because the original building no longer existed, it was the only site that could hold the historic designation. As an Orange County Historic Commissioner, Ilse was able to get the entire commission to join her in designating San Juan Elementary School as a historical site.

Education has gone through a lot of changes in the last 166 years, but you can spend a “Moment in Time” and appreciate San Juan Elementary School, the oldest continual elementary school in Orange County.