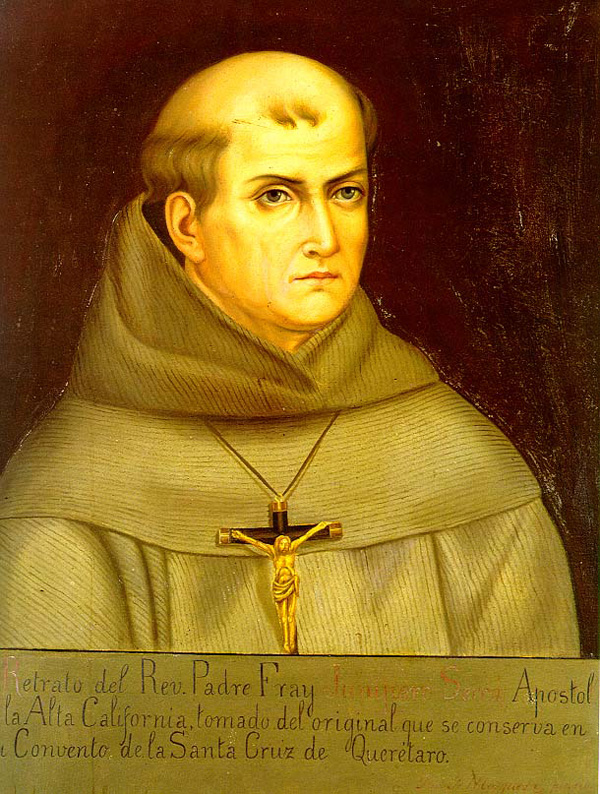 Moments in Time: Fr. Junípero Serra and the Birth of the California Missions

This month, the Mission and Historical Society celebrate the 300th anniversary of Serra’s birth

This year marks the 300th anniversary of the birth of Fr. Junípero Serra, who was born November 24, 1713 on the island of Majorca, Spain. Christened Miguel Jose, Serra came from a family of local farmers, and as a child, he went to a Franciscan elementary school where he excelled in Latin. In September 1729, Serra became a philosophy student at the Franciscan Convento de San Francisco in Palma because he was too young to start training for the priesthood. It was common practice that upon ordination, priests would choose a new name to replace their baptismal name. Serra chose Junípero, who was a loyal friend and comrade to St. Francis.

For three years, following his ordination, Serra taught philosophy at the Convento de San Francisco, and two of his early students were Francisco Palóu and Juan Crespí. In 1742, Serra received a doctorate in sacred theology from Lullian University in Majorca. The following year he was appointed professor of theology at the university. He was considered one of the most intelligent of the Franciscan clergy.

Serra’s greatest desire was to become a missionary in New Spain. He told his friend Fr. Palóu, “I am the one who intends to make this long journey, and I have been sorrowful because I would have no companion for so long a journey, but I would not on that account turn back from my purpose … In my heart I felt that inclination to speak to you as I was led to believe you would be interested.” Palóu and Crespí both joined Serra on this venture into the New World.

In 1749, after 99 days at sea, Fr. Serra arrived in Vera Cruz in New Spain. He was still more than 200 miles from Mexico City, but with another priest, he decided to walk to Mexico City. The two travelers had no money or guide. It was on this trek that Serra was bitten by either a mosquito or a spider. Whatever it was caused swelling and he complained about a “burning itch,” which he scratched. His leg was never the same after this incident. He was always in pain, but it did not keep him from doing whatever he felt was necessary to attain any goal.

In the 20 years he spent in Mexico and Baja California, Fr. Serra used songs and hymns to inspire the Indians. He reenacted the events of religious holidays and choreographed a pastoral nativity play performed by Indian children at Christmas. Serra also learned native languages and composed a native catechism and visual means as a way of attracting the Indians to Christianity. He improved farming and agricultural methods by introducing new tools, communal planting and harvesting.

Fr. Palóu, who became Serra’s biographer, reported that “not content to mortify his body for its own imperfections and sins, he also did penance for the sins of others.” Serra would flog himself with bristles or metal wire and burn his flesh “in imitation of St. John Capistran and other saints.”

In 1769, Fr. Serra was in charge of the mission system for Alta California. He established the first mission in San Diego in 1769. He would go on to found eight more missions in the chain of 21 missions that became part of the California landscape. His legacy includes the mission of San Carlos Borroméo de Carmelo, 1770; San Antonio de Padua and San Gabriel Arcángel, 1771; San Luis Obispo de Tolosa, 1772; San Francisco de Asís and San Juan Capistrano, 1776; Santa Clara de Asís, 1777; and San Buenaventura, 1782.

Serra did not just establish missions. He also administered all the needs of all the missions. He ordered supplies and made sure they were delivered. If a ship was lost at sea and supplies were not forthcoming, it was his responsibility to take from a successful mission and send out supplies to the missions in need. He knew exactly what was happening at each of the nine missions in California.

In 1778, Fr. Serra was given the authority to administer the sacrament of confirmation. By the time he died, in 1784, he had traveled more than 5,000 miles and personally baptized and confirmed close to 6,000 Native Americans.

You can spend a Moment in Time and celebrate the life of this remarkable man by visiting Mission San Juan Capistrano and the Serra Chapel, the only church that’s still standing where Fr. Serra said Mass. You can also visit the Mission on Sunday, November 24 for the tribute to Fr. Serra and visit the Historical Society through the month of December to view memorabilia from Fr. Serra’s 250-year celebration. The Historical Society is located at 31831 Los Rios Street.

On Life and Love After 50: Dilemma for Widows and Widowers 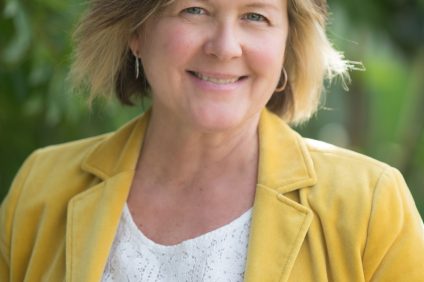 Wellness & Prevention: Youth in the Spotlight