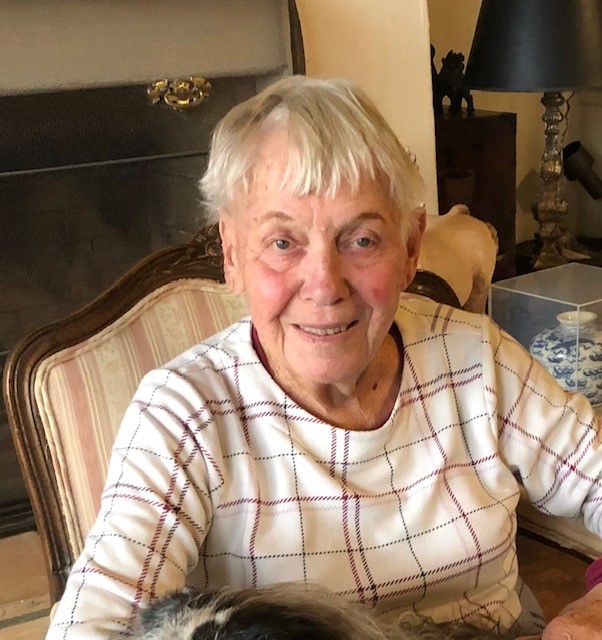 Moments in Time: In Tribute to Ilse Byrnes

It is with great sadness that I am writing this tribute to Ilse Byrnes, who passed away recently at age 94.  Ilse was the closest person to a national treasure that San Juan Capistrano had!

Ilse was born, raised and educated in Switzerland. She spoke five languages fluently. In 1950, after receiving her degree as a lab technician, she came to Los Angeles because her uncle was Consulate General of Switzerland in Los Angeles. Ilse was hired as a lab technician by Los Angeles County Hospital. On a skiing vacation with people from the hospital, she met a young intern, Roy Byrnes. They were married in 1954. After Roy completed his military service, the couple moved to Capo Beach in 1959. In 1969, they moved to San Juan Capistrano. They built a house on a hill overlooking the ocean and the Capistrano Valley. They needed room for their four children.

Although Ilse lived in Capo Beach, she was an avid equestrian and boarded her horse in San Juan Capistrano. In 1964, Casa Grande was torn down. Casa Grande was the home of the Forster family, who had purchased the Mission after secularization and Mexico had won its war with Spain. When the United Stated acquired California and the Mission was returned to the Catholic Church, the Forsters were left without a home in San Juan Capistrano and built Casa Grande.  The wrecking ball on that building was a wake-up call to the city that something needed to be done to save historic buildings.

Ilse Byrnes heard that call. Having been raised in Europe, she knew the value of historic buildings and the importance of maintaining local culture. Once Casa Grande disappeared, she feared that structures on Los Rios Street, the oldest residential street in California, might receive the same fate. Ilse decided to try to get Los Rios Street on the National Registry. She started in 1976, at the time of the nation’s bicentennial. Los Rios Street was finally approved in 1983! At this time, she also added the Rios Adobe and the Montanez Adobe as separate structures because of their unique historical value to San Juan Capistrano. With the exception of the Mission, all of the structures on the National Registry in San Juan Capistrano are the result of Ilse’s research and dedication.

Ilse had no favorite buildings. They were all special and deserved to be preserved for future generations.  But Ilse was not just interested in structures.

She established the Trails and Equestrian Commission. She worked for years with the county to insure the continuation of the Orange County trail system. When the Trails and Equestrian Commission merged with Parks and Recreation, Ilse served on that commission, as well. She was also a member of the County Historical Board. She worked with the Fiesta Association for the Swallows Day Parade. Ilse served on the Board of the Blas Aguilar Foundation, was a docent at the Montanez Adobe, and volunteered for many events at the Historical Society.

The late Huell Howser was led by Ilse through the Historic Los Rios District for his PBS show California Gold. You can still see that program on YouTube.

She was also known as the “Bird Lady” of Orange County. She took care of large wild birds, found by the rangers, which needed nursing back to health and eventually were put back into the wild.

And in her “free time,” she swam with the International Olympic Seniors in world competitions.  Even among the seniors, she was known as “Mom” as much for her personality as her ability to speak many languages. She won numerous awards for her age group.

Ilse Byrnes was named San Juan Capistrano Woman of the Year in 2006 and on the Wall of Recognition in 2001.

Ilse was the epitome of how one person can make a difference. Hers was a life truly well-lived. And while she will be missed, her legacy will live on forever in San Juan Capistrano.