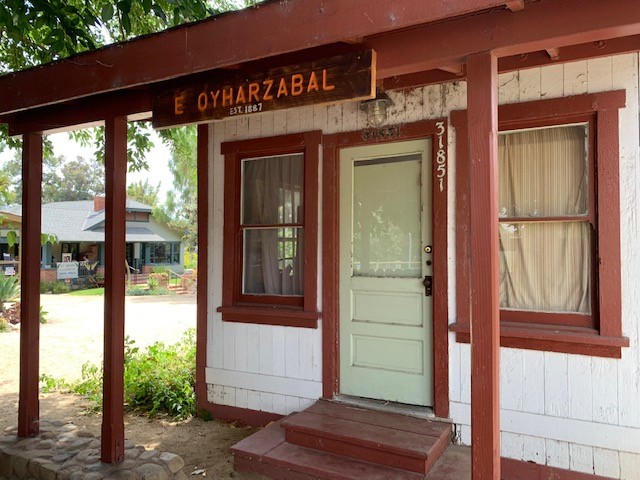 In 1967, The San Juan Capistrano Historical Society was the first Society in California to honor older men and women of the community with the title of “Patriarch” or “Matriarch.”

To qualify for consideration, the applicant must have been born in San Juan Capistrano or have had parents who resided in the city when they were born, have lived most of their life in town, be among the older residents, in good health, willing to attend public functions and speak and participate in community service activities.

Once appointed by the Historical Society, it is a lifetime appointment. There have been five Patriarchs since this honor has been bestowed: Mathias H. Belardes, Paul Abriso, Dick Mendelson, Julian Ramos and, currently, Happy Hunn.

There have been seven Matriarchs.

The first was Viviana Oliveras, and she was very proud of her Mexican heritage. Delphina Oliveras, whose maternal grandfather was Blas Aguilar, the last Mexican mayor of San Juan Capistrano, was next. Lucana Georgia Forster Isch followed and was the great-granddaughter of Don Juan Forster. Juanita Rios Foy was the fourth Matriarch and was a past president of the Capistrano Indian Council. Evelyne Lobo Villegas, sister to Clarence Lobo, chief of the Juaneño Indians, followed Foy. Dolores Wattenberg Meeker, a mission guide whose godmother was Eugenie Oyharzabal, came next.

Then came Helen McMullen, a Juaneño descendent and mission guide.

With the recent passing of McMullen, the Society has elected Cecelia Stansiele Hunn to be the eighth Matriarch. Hunn was raised in the Oyharzabal house, which sits on the property of the Historical Society. Although only one room of the house remains, Cecelia lived there with her 10 siblings and parents. There were two boys and nine girls.

The house had three bedrooms, a parlor, a dining room, kitchen and bath. Cecelia’s dad was a plumber. Her Juaneño heritage comes from her mother’s side of the family. She married Happy Hunn in 1956. They have four sons—Mike, John, Joe and Paul—six grandchildren and one great-granddaughter.

This is the first time that the Matriarch and Patriarch are a married couple. Cecelia learned to make Native American baskets from her mother, a craft she stills does today. One of her sons got her interested in golf, and she and Happy play tournaments together. Cecelia has four holes-in-one to her credit; Happy only has three.

The Society is honored to be able call Cecelia Hunn its Matriarch.

You will be able to spend many Moments in Time with Cecilia and Happy as they participate in Historical Society and city-led activities representing the very best of our heritage and our culture.