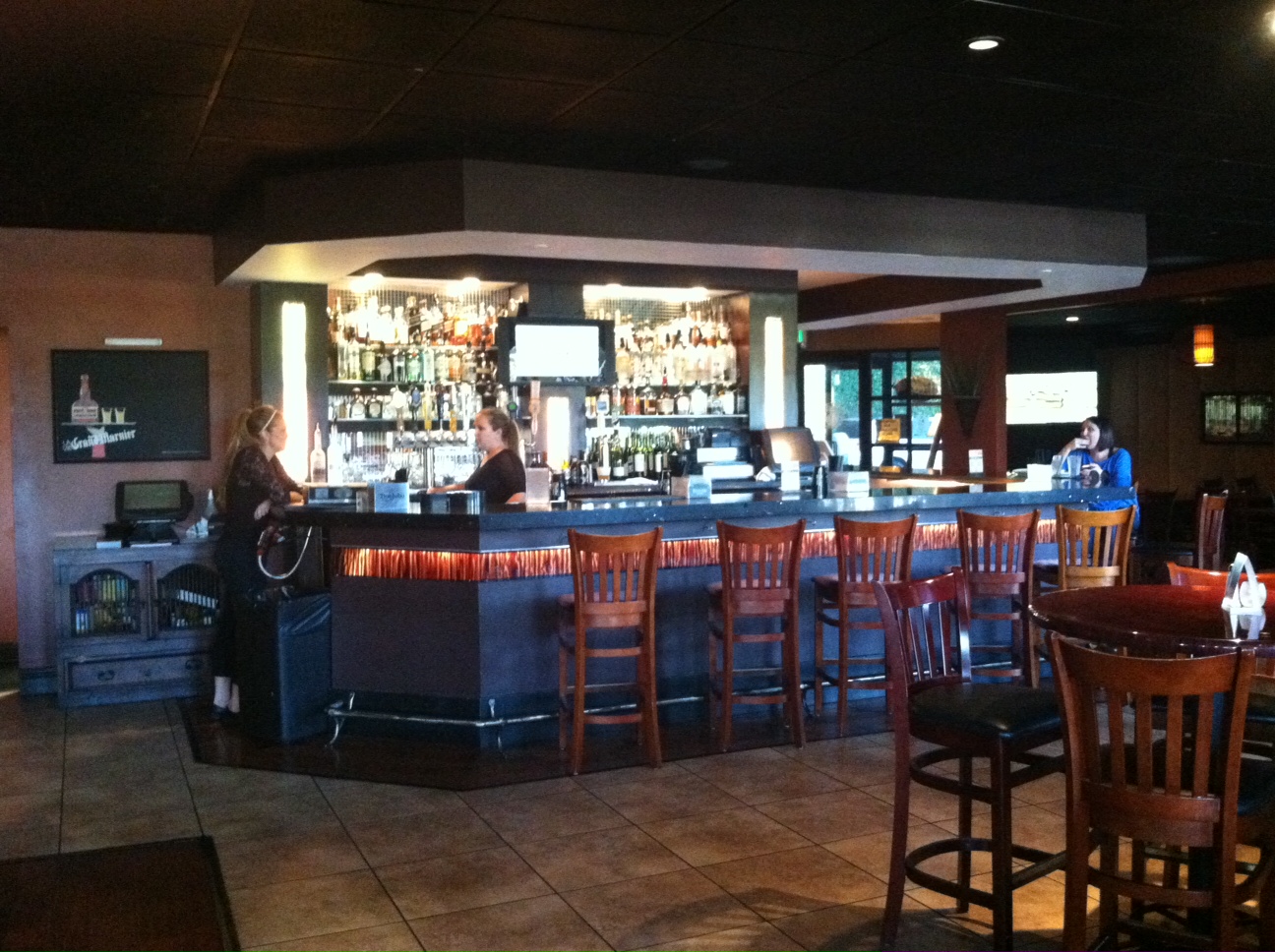 Chad Dickey, owner of Montego Restaurant & Bar, is looking to reintroduce the business to the community with a revamped menu and new atmosphere.

The location was formerly the Ibiza Night Club and was later known as The Palms and served as a lounge area for Tannins Restaurant & Wine Bar, located just below.

Dickey, who bought the restaurant last year, just after the name change to Montego, said he’s hoping to attract a more mature and sophisticated clientele by offering a menu that emphasizes quality over quantity.

“It’s a medium-sized menu. We completely redid it and created more of a California casual, fusion cuisine, from fresh fish to flat breads,” Dickey said.

Dickey worked on the menu with head chef Adrian De La Torre, who’s worked at the location for nearly six years and just finished his training at Le Cordon Bleu.

“We really tried to expand to have smaller-portioned foods, so we’re heavy in our starters and appetizers,” said Dickey, who highlighted the chorizo clams and braised short rib sliders. As for entrée items, Dickey said one of the early favorites has been the salmon.

Montego also has a new cocktail and wine menu, which includes 25 different wine selections. The bar features 10 beers on tap, including a few California microbrews. Happy hour has also been extended from 4 p.m. to 7 p.m. with daily specials and bonus specials on Mondays, Wednesdays and Fridays.

As for the atmosphere, a variety of bands and DJs perform Friday and Saturday evenings, but on Tuesdays, the restaurant caters to the jazz crowd with live music courtesy of Hart & Soul and Mike Debellis.

San Juan Capistrano residents looking to get their fix of Slurpees, Big Gulps and snacks don’t have far to go with the addition of the city’s first 7-Eleven.

Jim Adam and his family have owned and operated the former Independent Spirit gas station, sandwiched between JSerra Catholic High School and Interstate 5, for 25 years. For the last seven years, the family has been working with the city to transition into a 76 gas station and 7-Eleven store, pouring in around $500,000. Five weeks ago, Adam was finally able to open the remodeled location and celebrated the occasion with a grand opening on Friday, September 20.

“We used to have a garage and a tiny little snack shop. Now that we’re a 7-Eleven and 76 gas station, it’s changed everything,” Adam said. “We’re really proud of what we did. We weren’t allowed to completely knock it down. It used to be such a dump, and now you wouldn’t even recognize it … To be able to remodel and renovate the station, it’s more appealing to the community.”

For the next few months, Adam said the 7-Eleven would be offering several specials, including a large pizza prepared in five minutes for $5.55 and $1 hot dogs.

Fashion has always been a part of Needah Kavallierou’s life. Her father has owned and operated Sami’s Tailoring in San Juan Capistrano for nearly 30 years, and as a youth, Kavallierou would often sketch her own designs and tried to make them with her own hands.

As an undergraduate student at Cal State Fullerton, Kavallierou began taking fashion courses. She would later focus her studies in psychology and earned her master’s degree from Chapman College. But not long after getting married last year and moving to Los Angeles, Kavallierou visited the fashion district and it’s there she rediscovered her passion for style.

“I went to the Cooper Building with all the independent fashion designers,” Kavallierou said. “I was practicing psychology, but I wanted to go back to my first love.”

That experience led Kavallierou to open a pop-up boutique in her father’s store, The Prosecco Project. Although she still works part-time as a therapist, Kavallierou visits San Juan Capistrano three to four days a week to manage her store.

The Prosecco Project specializes in boho-chic, a style inspired by the bohemian lifestyle that emphasizes loose fitting tops and dresses with intricate details and patterns. Kavallierou selects all the clothing herself by meeting with independent designers.

“I go in and I start trying things on, and if I like it and it work for me, that’s how I purchase,” Kavallierou said. “Most of my pieces are dresses because I like the way they flow.”

Currently, The Prosecco Project also features tops, shorts and accessories from six designers. Kavallierou said she’s looking into buying into another designer and will carry most of their line of clothing.

Although customers can visit the boutique any time Sami’s Tailoring is open, Kavallierou is active on social media and will inform her Facebook, Twitter and Instagram followers when she will be in San Juan Capistrano a day in advance to help them find the right outfit.

Prospective jurors are typically required to call into automated phone systems daily until they find out whether they must report for jury duty. With the new alert systems, jurors who opt into the service can instead receive text messages notifying them of their status a week before their reporting date. More than 50,000 New Jersey jurors have already signed up for the service, according to a release.

“It’s a tremendous cost savings for the court and much more efficient for the courts and citizens,” said Mark Nielsen, executive chairman and co-founder of TextPower.

Nielsen, a former San Juan Capistrano mayor and city councilman, said the company also offers text-messaging services to other industries, including utility companies. That includes a two-way text notification system that allows utility companies to send alerts and updates in case of outages and service interruptions. Customers can also send messages back to the company to provide real-time feedback.

TextPower also provides their services to municipalities and entertainment venues. In performances by the Pacific Symphony at the Verizon Wireless Amphitheater, audience members were able to vote via text message for what song the orchestra would play as an encore.

Nielsen said the company has also rolled out a new service that aims to provide extra security for people accessing sensitive online accounts remotely. Through a process called “two-factor authentication,” people who attempt to access sites that require usernames and passwords, such as with online banking websites, can also receive texts with one-time passwords to verify their login.

“It provides a much higher level of security for people accessing a website remotely,” Nielsen said.