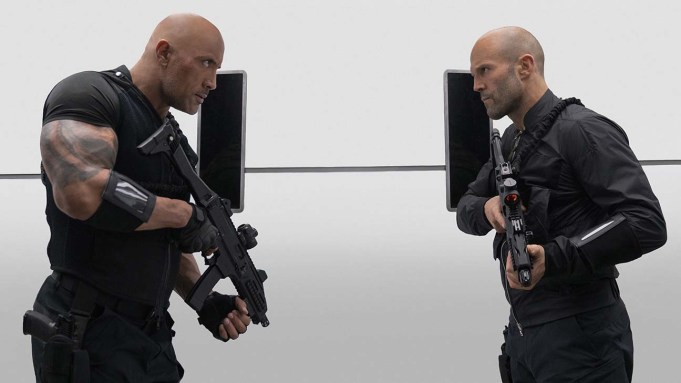 At the Movies: ‘Hobbs & Shaw’ is Another Fast & Furious Spin

It is two decades later, and we’re getting the ninth addition of . . . The Fast and the Furious. A simple big-budget car flick is now one of the most profitable titles in cinema. There have been some duds, some pleasant surprises, and now in 2019, we’re officially onto spin-offs. After noticing the chemistry and popularity of the side characters played by Dwayne “The Rock” Johnson and Jason Statham in The Fate of the Furious (2017), Universal Pictures began planning a full-length feature starring the two.

Fast & Furious Presents: Hobbs & Shaw has Luke Hobbs (Johnson) and Deckard Shaw (Statham) assigned to be partners in tracking down an evil, super-powerful agent called Brixton (Idris Elba), who is on the hunt for a deadly virus that could wipe out the planet. But Shaw’s sister, Hattie (Vanessa Kirby), gets it first and drastically injects it into herself before Brixton can grab it. Now both the leads and the villain are racing to find her first before the virus is contagious in the next three days.

The main reason this franchise has lasted so long is because it stopped taking the tone and theme seriously and just fully embraced the schlock. Hobbs & Shaw might be the schlockiest of them all. There is some particularly perplexing editing, though. The feature is directed by David Leitch, whose forte appears to be this brand of glossy blockbuster. There’s a glaring need to suspend your disbelief for the mindless fun with Hobbs & Shaw that you think audiences would be bored with by now. But as already proven, there’s a market for this sort of thing that won’t be going away any time soon.