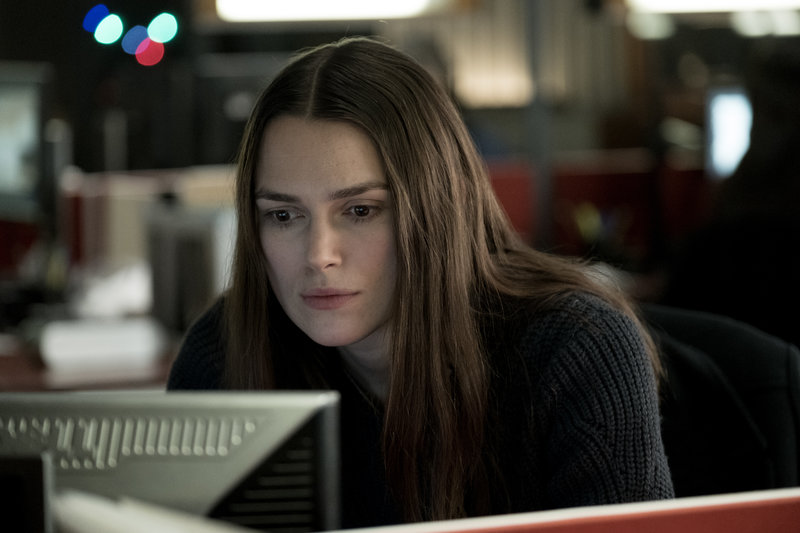 IFC Films’ new feature, Official Secrets, has almost everything going for it to make it a modern, UK equivalent of Alan J. Pakula’s classic political drama, All the President’s Men (1976). It has the real-life basis for the plot, the suspenseful tension of the secrets the leads know, the stellar casting, and the semi-contemporary setting to classify it as both relevant and a period piece. We even get the protagonist updated to a woman, rather than two men. And yet, it still falls a bit short quality-wise.

Set in Cheltenham, England in 2003, the film is centered on Katharine Gun (Keira Knightley) as a British Intelligence whistleblower who receives an email detailing the US government’s requests for help from the UK to gain votes from the UN Council for a war against Iraq. Katharine is alarmed and feels it’s irresponsible for this possibly illegal action to be kept secret from the people, so she discreetly leaks the memo to a close friend who is associated with the press. At the same time, news journalist Martin Bright (Matt Smith) catches wind of the private email and uses it as his next big scoop.

Matthew Goode and Ralph Fiennes co-star. Official Secrets is based on a real woman who really did risk her career to leak an official memo to the public. Film director Gavin Hood’s experience includes the schlocky Wolverine (2009) and Ender’s Game (2013), as well as the underrated Eye in the Sky (2015). Secrets showcases some great acting, especially from Knightley and Fiennes. But it suffers from feeling like a big-screen TV movie, with a borderline-overbearing music score and melodramatic third act.