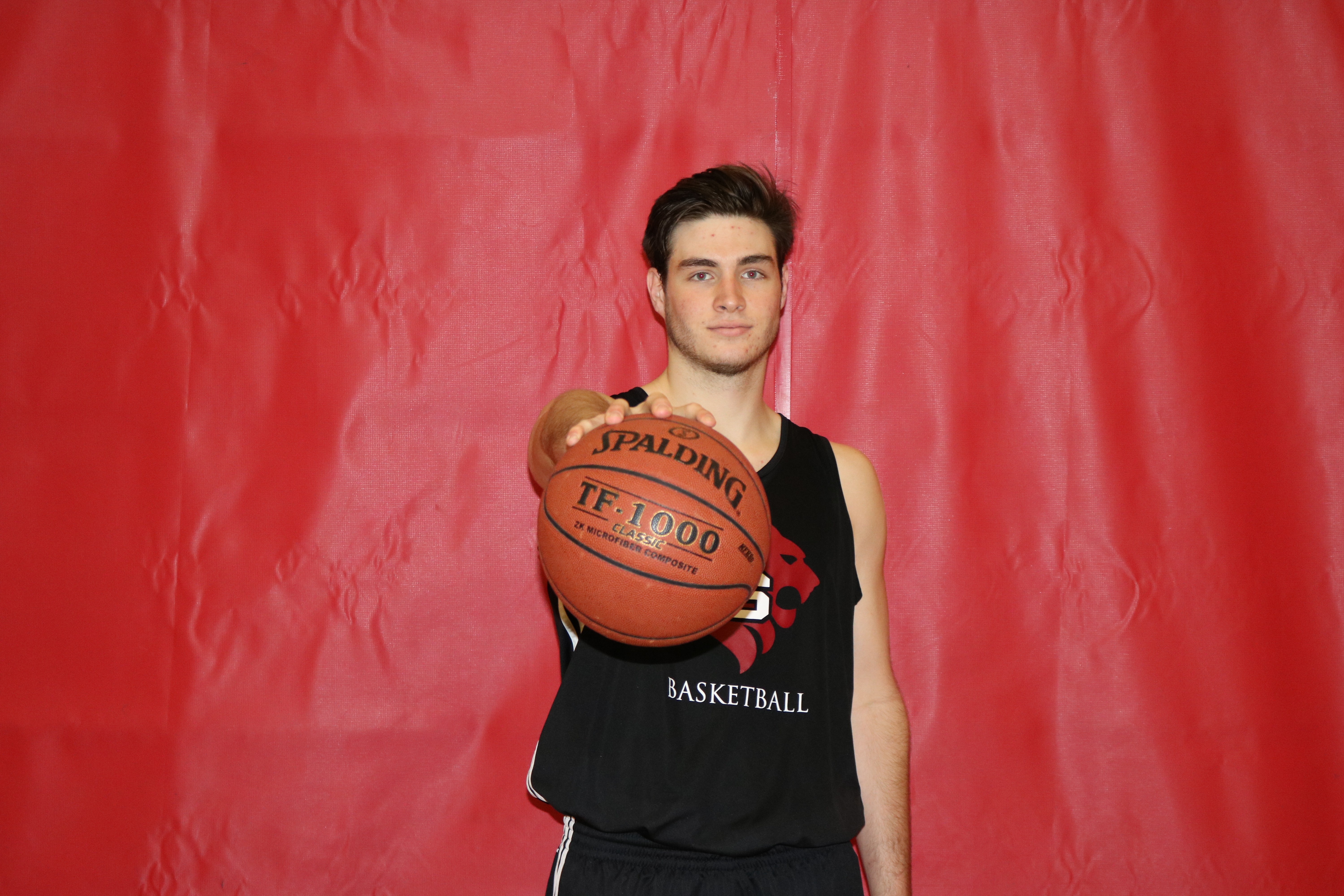 Much in the Clutch: Sebastian Much proving he is a difference maker for JSerra basketball

The clock was against him, and he was running out of time.

JSerra senior forward Sebastian Much was dribbling the ball down the court against Santa Margarita on Jan. 11, looking to score and break what was a deadlocked game in overtime.

Once he crossed the 3-point line, Much, a 6-foot-8 Princeton commit, went to his left, straight into the heart of the defense. He picked up his dribble, maybe a little too high, and split two defenders near the basket. The ball got away from him, but only for a moment. He picked up his dribble on the baseline and laid in the uncontested basket for the game-winning shot as time expired.

He jumped and pumped both hands as the buzzer sounded and the JSerra fans stormed the court, capping a 78-76 upset victory over the No. 5 ranked team in CIF-SS Division 1AA.

Final: JSerra 78, Santa Margarita 76. Lions win OT thriller on last-second layup by Much, who had 40 pic.twitter.com/b24JHZHU0j

Much was definitely the difference-maker in the game, which propelled the Lions to 11-4 on the season and improved their record to 2-0 record in the Trinity League. Much scored a season-high 40 points and reeled in 11 rebounds.

One second. That’s all Much was allowed for rest during the game. He stayed on the court the entire time, except for 1.3 seconds before halftime when he was subbed out. Not once did he appear tired while converting on jump shots from the elbow, anchoring the middle of the Lions’ zone defense, or when he was driving to the lane, which he did often as the Eagles got into foul trouble late.

He scored 21 points in the second half, and scored five of the team’s final nine points in overtime. He made 15 of 22 free throws.

“When he’s out there playing like that he’s tough to guard,” JSerra coach Zach Brogdon said. “He does everything for us. It’s amazing.”

With the game hanging in the balance in the fourth quarter, Much made one of his many heads-up plays of the night while standing at the free throw line. He made the first free throw, missed the second, but instinctively followed his shot and scored on a put-back for a three-point play and a 64-63 lead.

Much grabbed his own rebound on a free throw attempt moments later, only to be fouled again. This time, he knocked down both free throws to make it 67-65. Santa Margarita’s Adrease Jackson tied things up with a pair of free throws on the next possession, setting up overtime.

An 18-10 JSerra advantage was dashed in the second quarter by the sharp shooting of Santa Margarita’s Kaden Rasheed and Jackson, who combined for 20 points in the quarter to give the Eagles a 40-34 lead at the half.

It was in the Lions’ locker room during the halftime break where Much delivered quite possibly his biggest moment of the night. Much, a team captain, addressed the team and lit a fire under them with an impassioned speech.

“I told the team that we have been in this situation many times down at the half and couldn’t bounce back, and tonight wasn’t going to be one of those nights,” Much said. “Sometimes it takes some tough love to wake up your team and get them going again. Luckily that was the case in this scenario.”

“Our leader came into halftime and said we’re not losing this game,” Brogdon said of Much’s halftime comments.

Just minutes into the third quarter, Much ignited a JSerra run when he handled an errant pass on the baseline and finished with a strong one-handed dunk. JSerra went on a 15-8 run from there to come within striking distance.

The Lions’ roster has received a boost since the start of league play thanks to several impact transfers who are now eligible to play after sitting out the required 30 days. Junior guard JT Robinson, who had 16 points against Santa Margarita, 6-10 center Joel Mensah, and guard Kevin White are transfers that have made impacts since joining the squad.

But it’s been Much who has kept the Lions’ engine humming from day one. He is averaging just over 23 points per game, the eighth-best mark in Orange County, 10 rebounds, 2.2 assists, 1.2 steals and 1.3 blocks. He’s scored 20 or more points nine times, and scored 30 points or more four times.