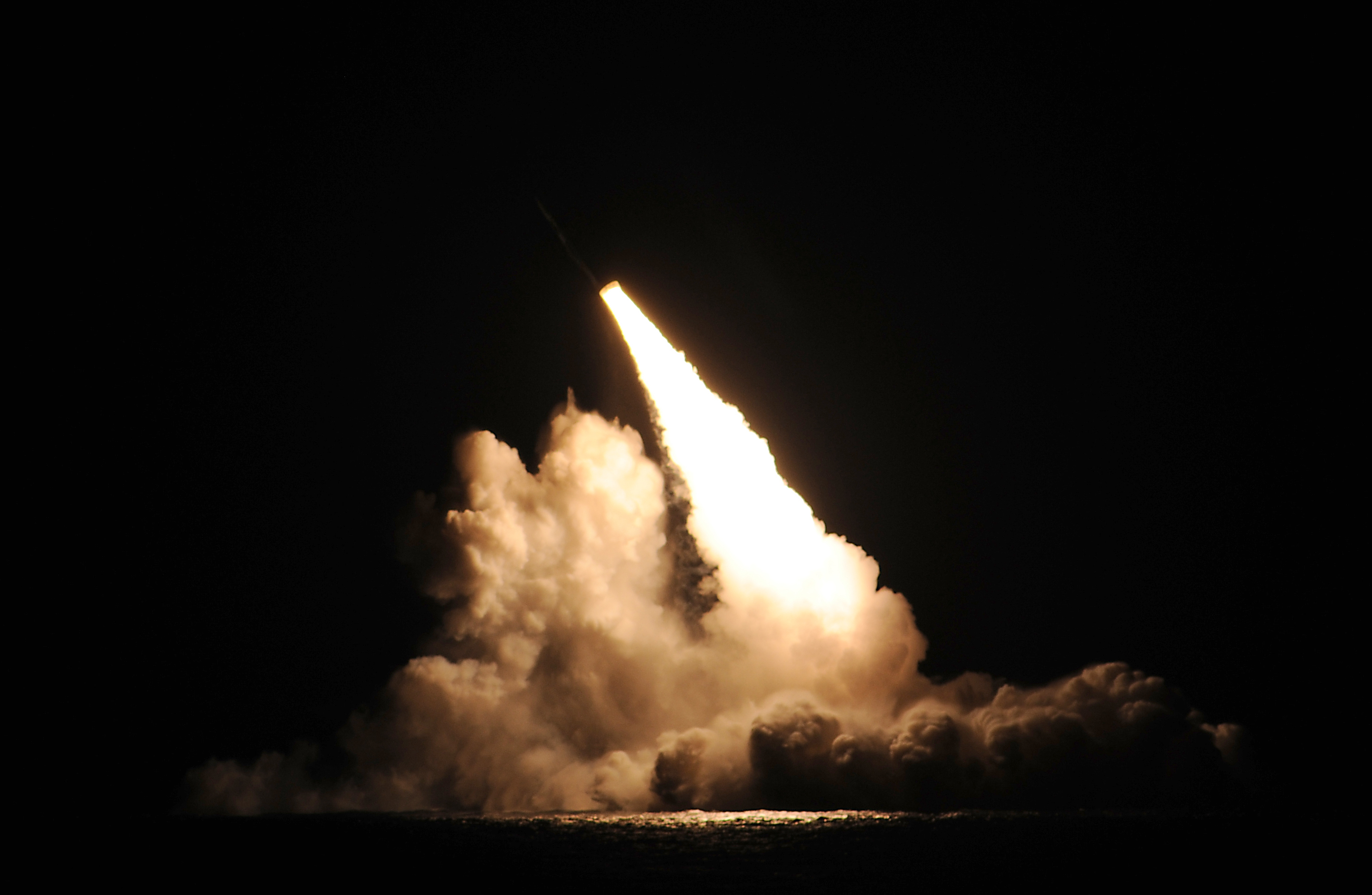 In response to numerous sightings of a bright light with a blue/green tail seen streaking across the sky above Orange County just after sunset on Nov. 7, the Orange County Sheriff’s Department reported shortly before 7 p.m. that the mysterious light was due to a Naval test fire.

The tower at John Wayne Airport confirmed the sight—that left a blue glowing cloud in its wake and baffled witnesses, thinking it could be anything from an incoming bomb to a meteor or even otherworldly visitors—was the Navy’s doing.

According to a Nov. 9 press release by the U.S. Strategic Command (USSTRATCOM) public affairs office, Saturday’s test fire of an unarmed Trident II D5 missile was performed in order to “obtain valid reliability, accuracy and performance factors for use by the Joint Chiefs of Staff and USSTRATCOM.”

The missile test was launched in the Pacific Test Range off the Southern California coast from the USS Kentucky, an Ohio-class ballistic missile submarine, or SSBN. The launch—part of a Demonstration and Shakedowns Operation, or DASO—was monitored by Admiral Cecil D. Haney, USSTRATCOM commander, who in the press release referred to such tests as necessary to show round-the-clock readiness of U.S. deterrence forces.

“A credible, effective nuclear deterrent is essential to our national security and the security of U.S. allies and friends,” Adm. Haney said. “Strategic weapons tests demonstrate the readiness of our nation’s nuclear triad and serve to assure our allies and deter our potential adversaries.”

The launch was the Navy’s Strategic Systems Program’s 156th successful test flight of its kind since 1989.

Also on board the submarine to observe the test were, from Indiana, Sen. Joe Donnelly, Rep. Pete Visclosky, Rep. Jackie Walorski and Rep. Larry Bucshon, along with Rep. Stephen Womack of Arkansas and Senate and House subcommittee staff members.

Another successful test flight was launched on Nov. 9. Haney and the congressional delegation were not on board for that launch.