SAN JUAN CAPISTRANO – Festus Ndumanya is a one-man wrecking crew, an Energizer bunny and the straw that stirs the drink for the Capistrano Valley Christian boys basketball team. The Cal State Northridge-bound senior showed all that and more once again on Thursday night.

Ndumanya put the Eagles ahead for good on a block and and-one sequence and sealed the game by taking a charge on a Fairmont Prep breakout and hitting free throws for victory, 45-43, at Capistrano Valley Christian School.

The win puts Capistrano Valley Christian (20-6. 5-1) a half-game out of first place in the San Joaquin League behind Fairmont Prep (18-7, 6-1) and splits the season series between the schools. If both teams win out, they will share the league title.

“We’ve got to finish out,” CVC coach Chris Childress said. “We can’t look ahead. We’ve still got two quality opponents. We have Pacifica Christian that are going to give us a game. If we play like we did tonight, we should be all right.”

Fairmont Prep, new to the league, has one game remaining, and CVC, the defending San Joaquin League champion, has two games left, at Pacifica Christian on Monday, Jan. 28 and against Saddleback Valley Christian on Wednesday, Jan. 30.

Fairmont Prep held a one-point lead into the fourth quarter, but that’s when Ndumanya took back control.

In the fourth quarter, the senior scored 11 of CVC’s 15 points and hit five of his seven free throws. Ndumanya led all scorers with 22 points and added 15 rebounds and two blocks.

Early in the quarter, Ndumanya put CVC back ahead with a block at one end and finished an and-one play at the other end. The Eagles went up, 37-35, on the play and sent their small but packed and loud gym into a frenzy.

“It’s huge man,” Childress said of Ndumanya’s energy. “We feed off of him. We rally behind him. It’s easy to get up when you see that guy as hyped up as he is. Everybody played well tonight.” 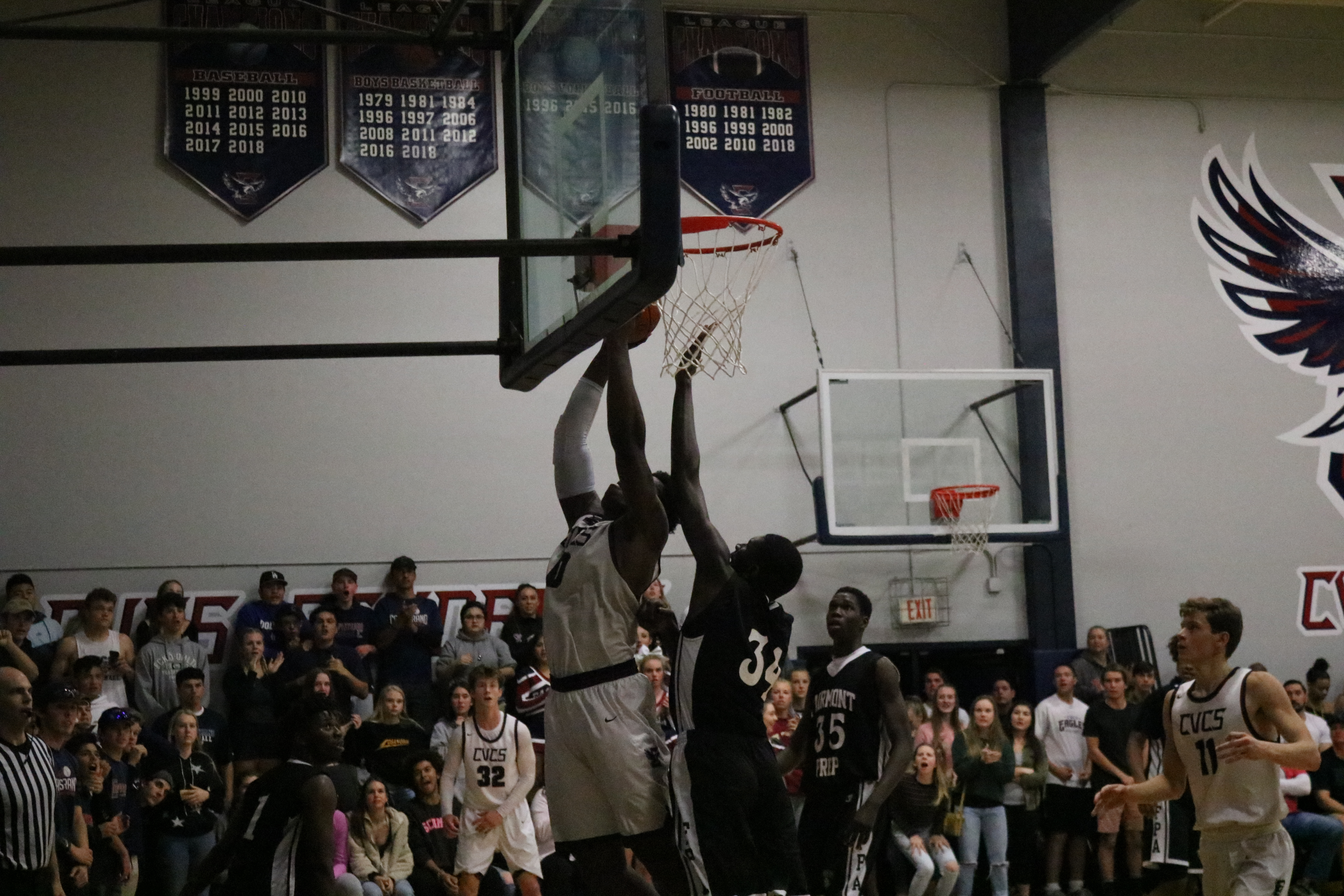 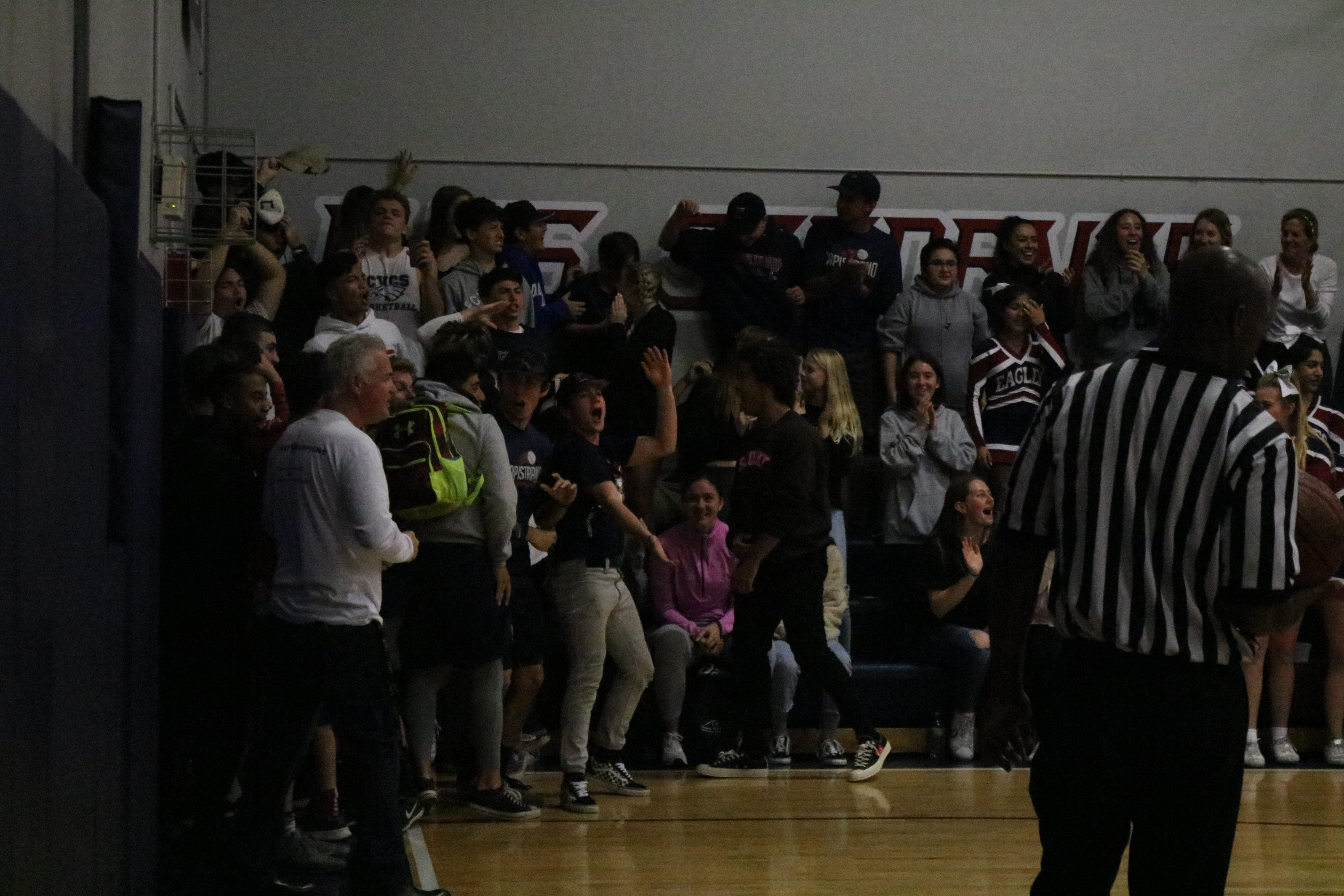 With Fairmont Prep clawing back within a point, McDowell knocked down two huge free throws for his only two points of the game and a three-point lead.

Fairmont Prep stayed within two points on a free throw, but it was Ndumanya who sealed the game. Fairmont Prep grabbed a rebound and as the Huskies tried to escape the zone, Ndumanya stepped in and drew a charge in front of the CVC student section. The senior hit both free throws to seal the game.

The other big key for the Eagles was the defensive effort.

At the start, Ndumanya was CVC’s power with a nearly untamable energy, and scored seven of the Eagle’s 14 first-quarter points, and five rebounds and a block in the first quarter.