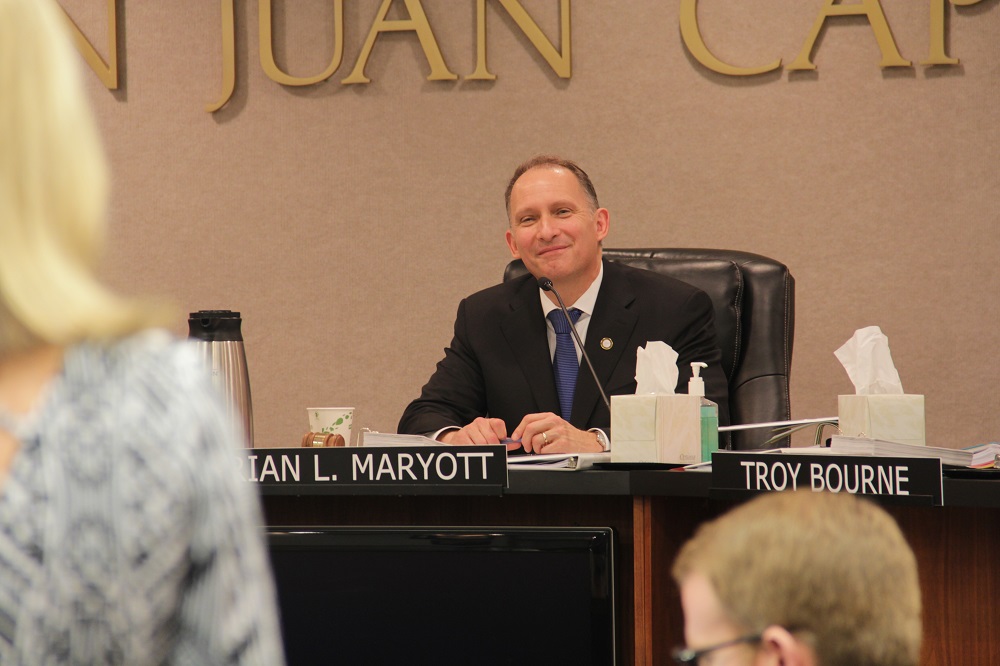 By Zara Flores and Shawn Raymundo

A handful of mayors from neighboring cities have expressed their support of San Juan Capistrano Mayor Brian Maryott’s bid for Congress in 2020.

Maryott, who officially threw his hat in the ring to represent California’s 49th Congressional District this past March, is trying to unseat freshman Rep. Mike Levin, the district’s first Democrat since 2002.

Hall and Weiss both touched on Maryott’s background as a certified financial planner, believing such experience will help him legislate on Capitol Hill.

“As a fellow Mayor, Brian Maryott understands that local control, not federal mandates, work best for our communities,” Weiss said in the press release. “Brian’s extensive business and finance background will serve us well in Congress on the issues that matter most.”

Hall also praised Maryott for being a steward of safety in the local community.

“I know he also values the importance of keeping our communities safe, and we can count on him to make that a top priority in Washington,” Hall said in the release.

Most notably, the late San Clemente Mayor Steven Swartz was also among the mayors who endorsed Maryott, crediting the candidate as being a “proven leader.”

“As the Mayor of San Clemente, I particularly appreciate his work on the Transportation Corridor Agencies Board, where he has been a tireless advocate for government accountability and transparency,” Swartz said in the press release.

Swartz died suddenly on May 9 while vacationing in Palm Springs.

“I am honored to accept the endorsement of these distinguished mayors from three of the largest cities in the 49th Congressional District,” Maryott said in the release. “As your Congressman, I will continue to put the needs of our community first through championing economically sound policies, making public safety a priority and reforming our broken health care system.”