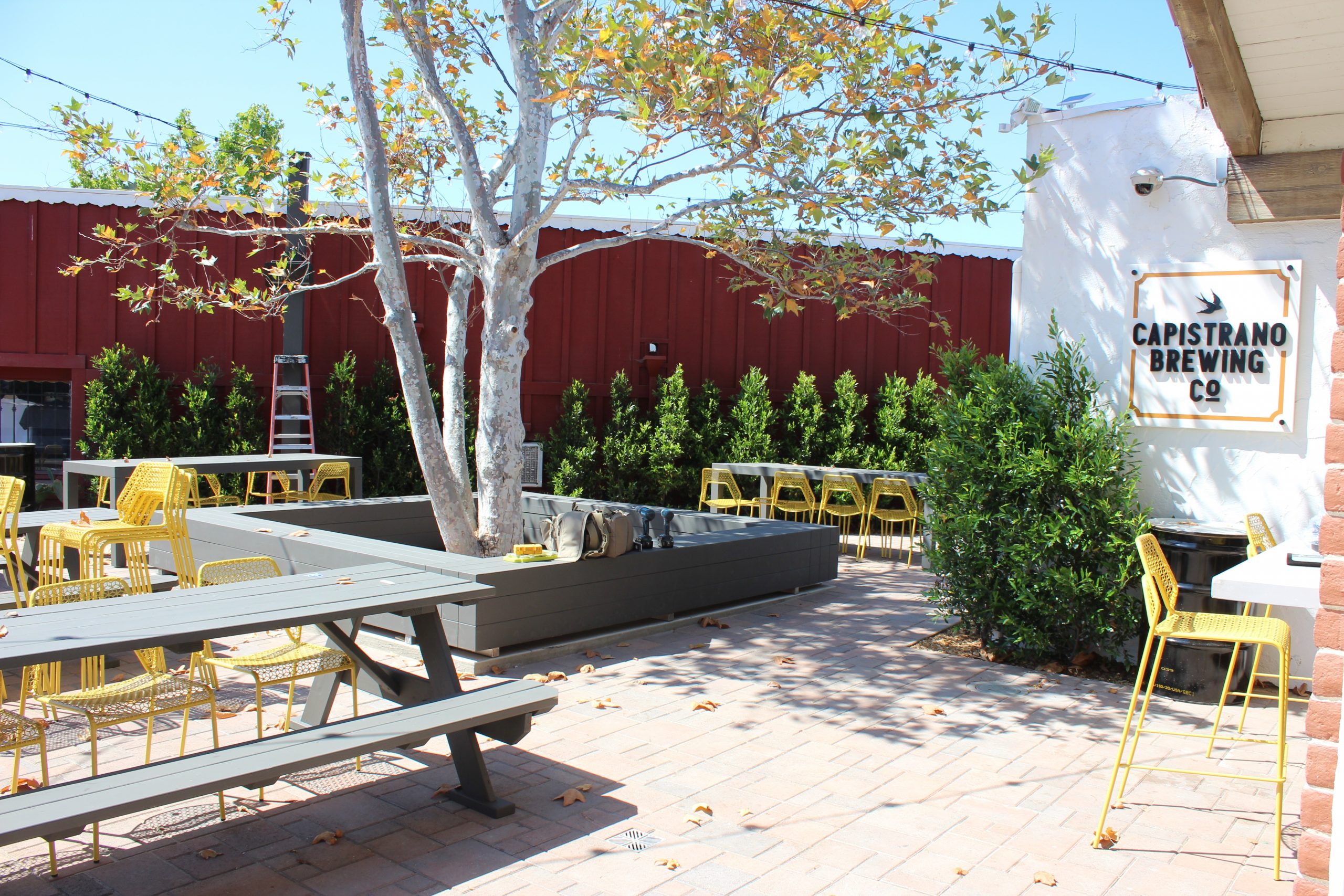 Despite the ongoing COVID-19 pandemic, new businesses are looking to open in San Juan Capistrano within the health guidelines and figuring out how to safely do so during rapidly shifting and uncertain circumstances.

Capistrano Brewing Co. had a soft opening at the former Mission Grill property from Wednesday, July 15, to Friday, July 17. The drinking establishment has outdoor seating and a relaxed atmosphere. Staff wore masks. People grabbed a bite to eat from the food trucks there during the soft opening—the food truck a necessity given ongoing pandemic regulations. Outdoor dining is allowed in California under current guidelines.

“We’re going to lose money, but any money we bring in is going to pay the staff,” Matt Higgins, one of the owners, said.

As of press time, Higgins planned for Capistrano Brewing to be open again from Thursday, July 23, to Sunday, July 26, from 5-9 p.m., though he acknowledged ongoing conditions are fluid due to Heritage Barbecue’s upcoming opening at the same spot in conjunction with Capistrano Brewing.

Heritage Barbecue owners Brenda and Daniel Castillo, a married couple, have been doing pop-ups in the Orange County area for a while and decided to bring their talents to San Juan Capistrano.

Elsewhere in the downtown area, Mayfield—a new market and restaurant—is also making plans to open. Mayfield is next door to Five Vines Wine Bar and opposite the downtown movie theater. Mayfield focuses on sourcing local California produce while drawing on the flavors from the regions of the Levant and southern Europe.

Owner and operator George Barker had hoped to open the market by next week as of press time.

“We have had to push back the opening of the restaurant for now, but we are pushing ahead with launching our market that sits inside the restaurant,” Barker said. “We plan on being open from 11 a.m. Wednesdays to Sunday. We will be selling a ton of beautiful natural wines, homeware, kitchenware and pantry items, as well as our farmers market salads and organic roasted chickens.”

The delay of the planned restaurant opening was related to the pandemic and a combination of factors such as shipments being delayed, officials inspecting only once a week rather than the usual daily inspections, and having fewer contractors on site due to social distancing rules. Current state restrictions in California prohibit indoor dining.

“In the evening, we will be serving a pickup menu, which is designed to be shared; it will give customers a first taste of what Mayfield will hopefully be once we can officially open our restaurant,” Barker said. “We cannot wait to open the restaurant, but we want to do so in a safe and responsible manner.”

Barker is originally from London and moved to Orange County three years ago to open a restaurant.

“I grew up in a family that owned and ran restaurants, so from the age of 5, I have been in the restaurant environment,” Barker said. “I moved to California and opened up a food truck called The Hungry Royal, as it was a great way to get to know Orange County. But the goal was always to open a restaurant once I had found the perfect location.”

As for the upcoming River Street Marketplace—an agrarian-themed and pedestrian-oriented commercial village that will border the Los Rios District with the main entry off River Street—developer Dan Almquist said they had submitted construction drawings to the city. Those drawings could take several months to go through, Almquist said.

“Our goal is still to start construction before the end of the year,” said Almquist, who is partners with Higgins. “We’re going to have a full brewery, a couple of sit-down restaurants. The Hay Loft will be a brewery. One of the things we’re big on are these public markets in terms of smaller merchants and retailers.”

River Street Marketplace plans to have a Farmstead Building, central green area with outdoor seating and other amenities. The entire development is expected to be finished and open by 2022.

The developers are continuing to consult with the closest neighbors. The pandemic is affecting the restaurant and retail tenants Almquist and the developers have worked with, since those tenants are focused on daily operations and closures.

However, the ongoing shutdown could also make people even more eager to visit once they’re able to do so.

“Post-pandemic, everything we’ve heard is this is what everybody wants,” Almquist said. “The whole thing is geared towards pushing people outside, so all these unique outdoor spaces we’ve created would be perfect in this type of environment. It will be fantastic once this all passes.”