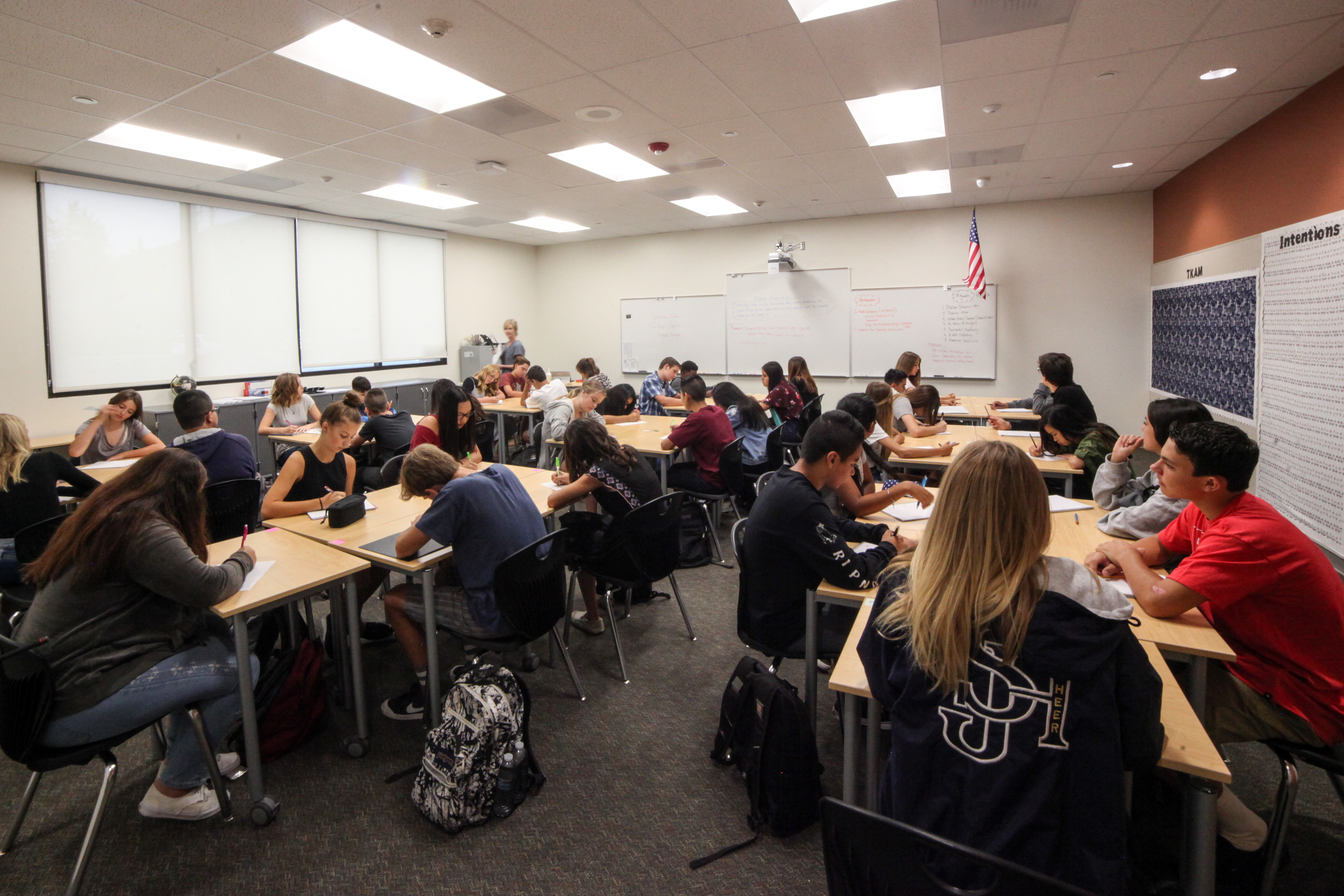 On Aug. 21, students at San Juan Hills High School were able to utilize 24 new classrooms housed in a brand new building on campus.

“This helps with collaboration, and it also makes it really fair,” Smalley said. “Every student will have at least one class in the new building.”

“Money is tight, so they were cost effective by having the same plans for the three high schools,” Smalley said. “And they just tailored the outside of it to make it look like the rest of the school.” San Juan, for example, was designed with terra cotta tiles to match the rest of the campus.

The new building features new lockers—which means each student now gets their own rather than doubling up—a microphone system, water bottle fill stations, two science rooms in addition to the English rooms, and flexible furniture that can be arranged in 22 different ways. Smalley added that the district surprised staff and students with a large San Juan Hills logo embedded in the floor of the entrance.

The new classrooms were paid for by funds from Community Facilities Districts, as well as matching state funds.

The ribbon cuttings will take place at 9:45 a.m. at San Clemente High School and 11:30 a.m. at San Juan Hills High School. Buses will leave the district office at 9 a.m.

CUSD headquarters is located at 33122 Valle Road in San Juan.

For more information, contact Ryan Burris at 949.234.9427 or email rkburris@capousd.org.